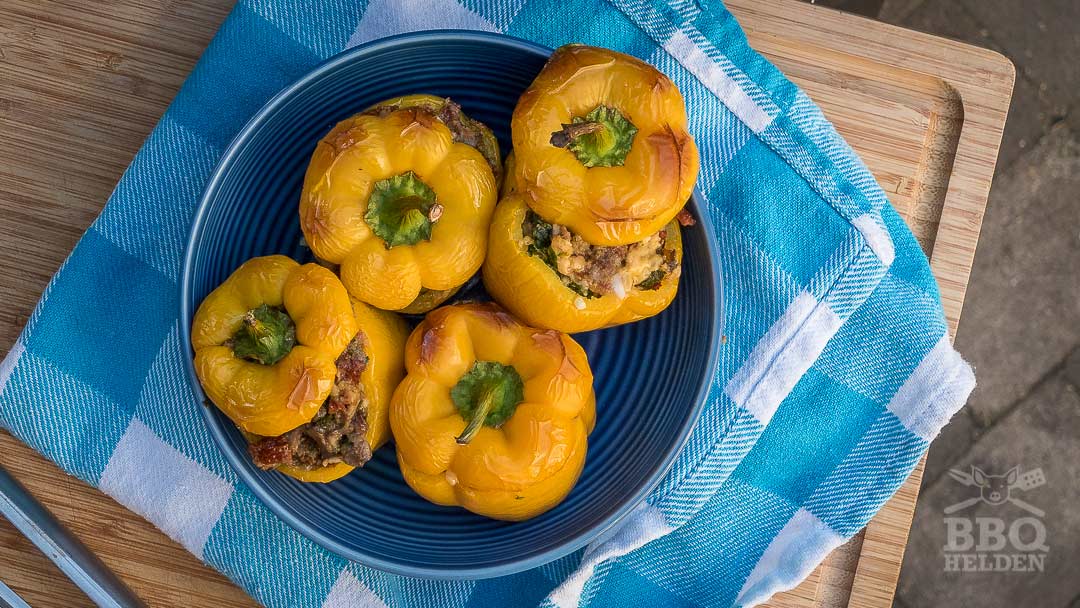 f you have, or you are, a vegetarian guest, it is sometimes difficult to get something to eat during a barbecue party. Besides a few pieces of bread and sauce or lettuce, there is not often much choice.

We regularly have these stuffed bell peppers on the menu. Each bell pepper is a mini-meal with pesto, cheese, and mushrooms. They are so delicious that even the true carnivore loves these. 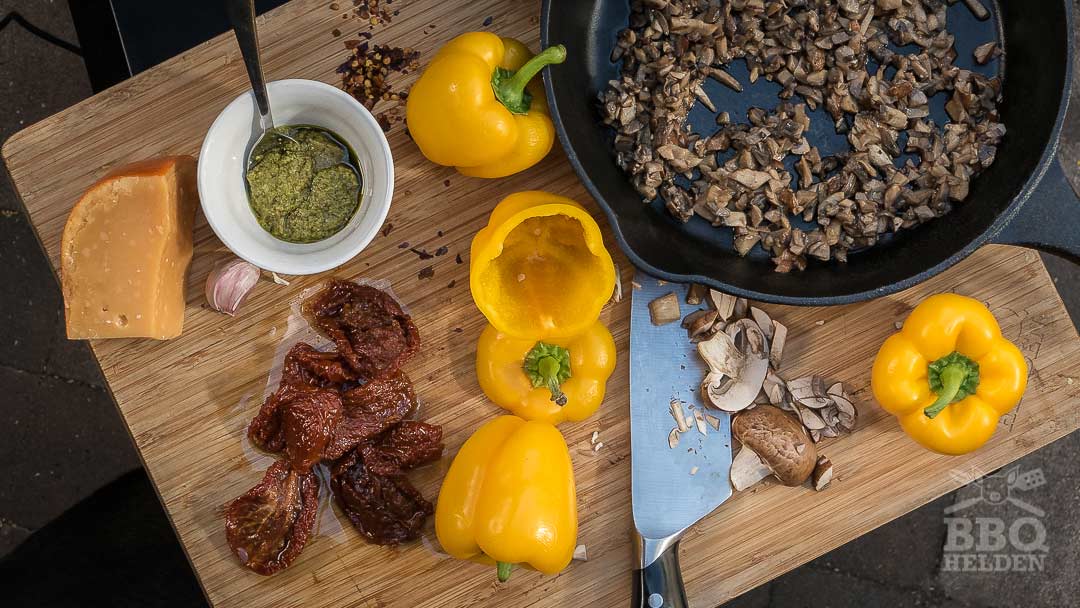 As you can see, this is a real vegetarian dish. You could replace the mushrooms with ground beef, but maybe you should try this first. It’s a matter of chopping up some ingredients and frying mushrooms. Everybody can do this.

Hollowing out the peppers is also very easy. The only thing you keep an eye on is how far you cut the cap. You have to make sure you slice just under the stem; otherwise, it will fall off, and you have a hole in the hat. Not much of a problem, but it doesn’t look that nice. 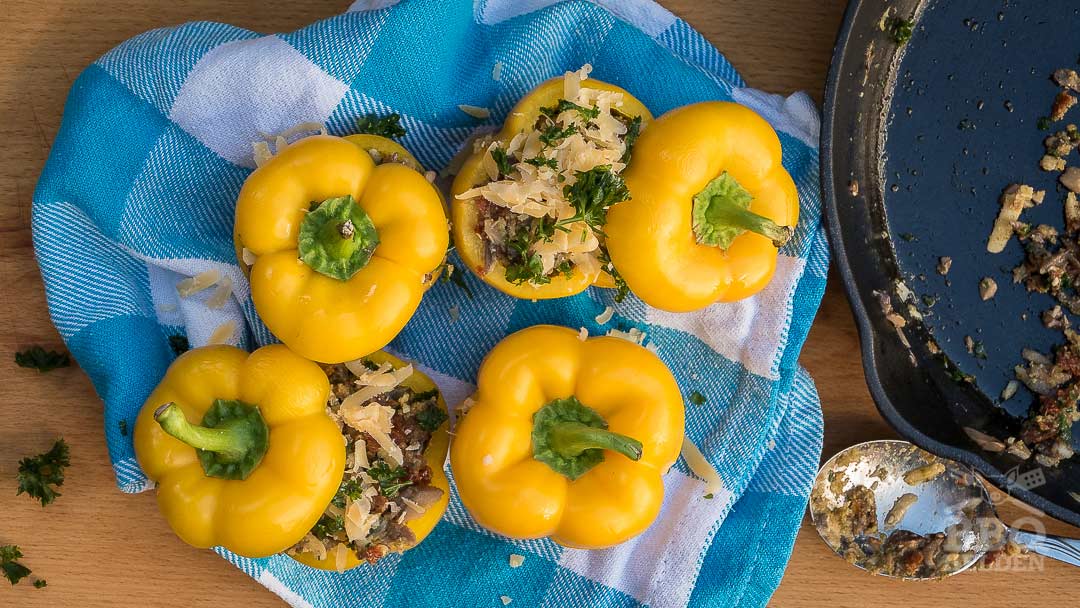 With a sharp knife, you slice the glands and the seeds out of the bell pepper. Then you scoop the peppers full with the mushroom mix. Make sure you top them. The filling shrinks slightly when the cheese melts. Then they can go into the oven. 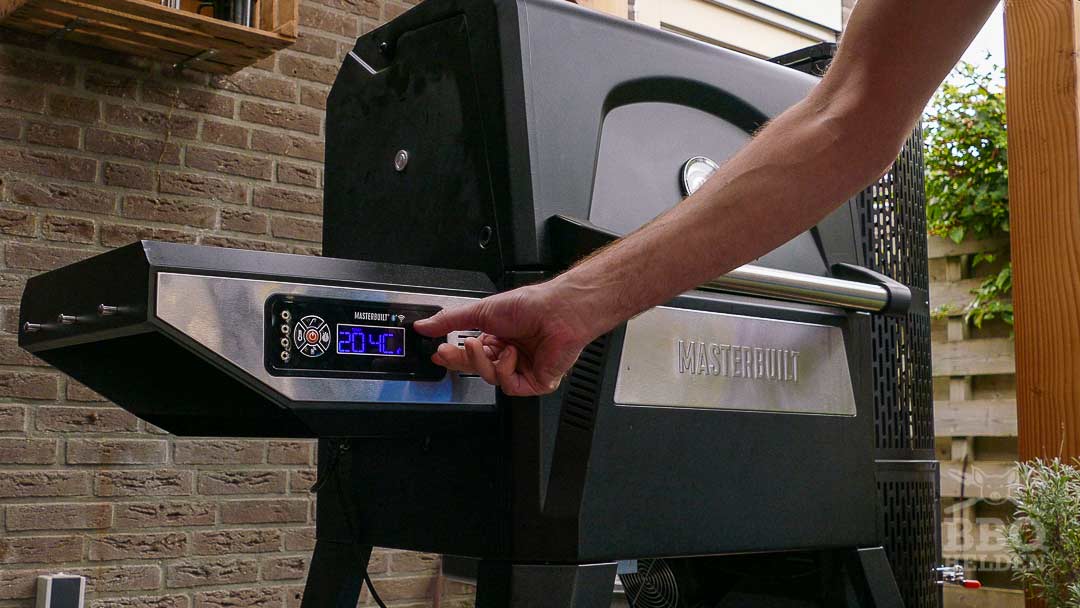 Since we have the Masterbuilt smoker, we use it more and more as an oven. As long as it is filled with charcoal, it is ready to use. You set the temperature on the control panel, and, just like your oven in the house, it’s up to temperature in 10 minutes. The app on your phone will notify you when the Masterbuilt is ready for use. 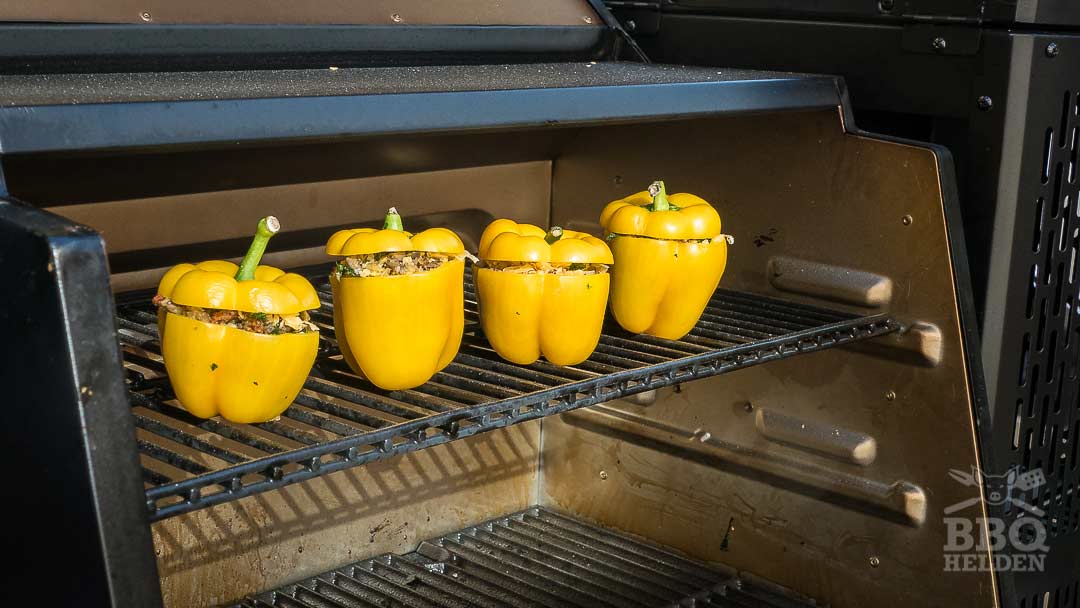 Then it is a matter of placing the peppers. Make sure they are in balance on the grill grates. It would be such a shame if they fell over halfway through. The bell pepper will be empty, and your barbecue will be covered with melted cheese.

Close the lid. Set the Masterbuilt to 30 minutes and do something else in the meantime. 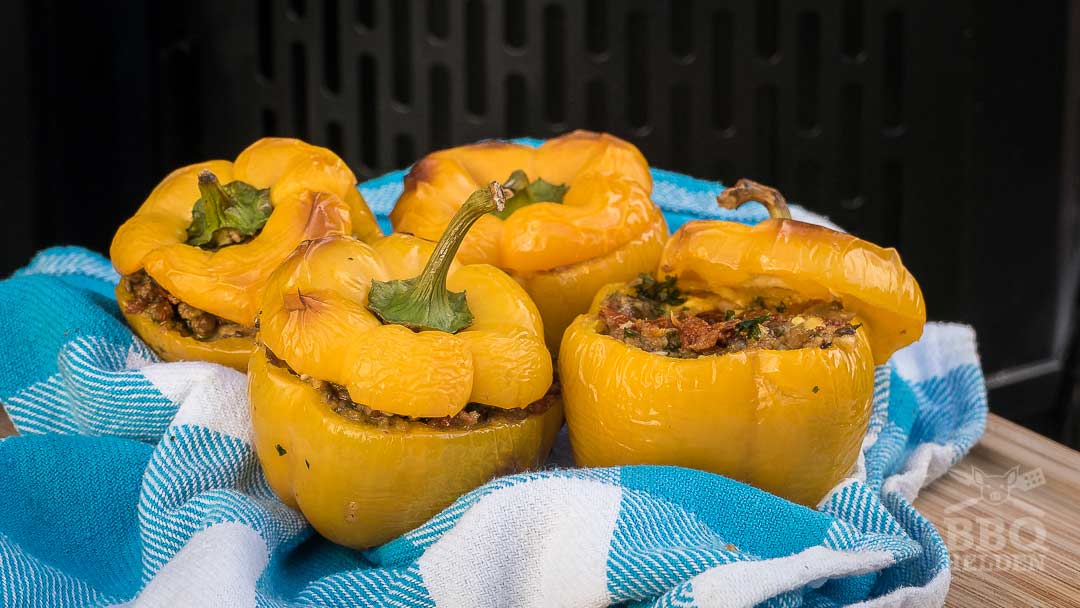 After 30 minutes, you check how far the peppers are. If they are nice and soft, then they can be removed from the grill. Serve them while hot.