Home Recipe Something else Dutch Christmas stollen from the barbecue

Dutch Christmas stollen from the barbecue 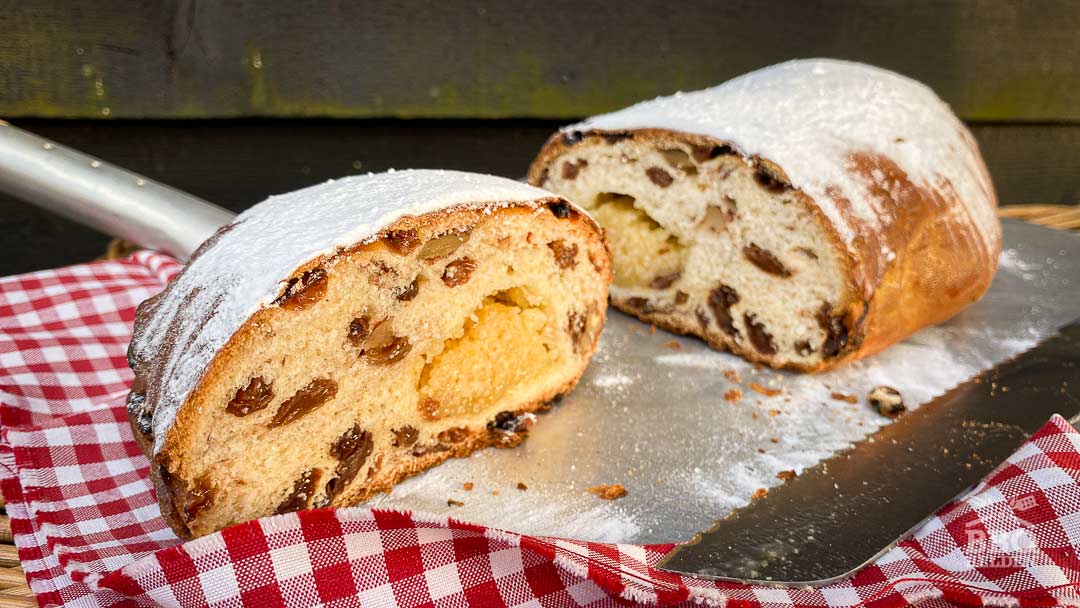 In the Netherlands, there has to be stollen on the table at Christmas and Easter. Then we call it a Christmas stollen or Easter stollen. And how nice is it that you have made it yourself in the barbecue? It’s relatively easy; it just takes some time, especially if you make the almond paste yourself.

But if you spread a slice of your homemade stollen with a thick layer of good butter, you’ll know why you made it. You better make two immediately because your neighbours who have smelled fresh bread from your garden also want a piece.

If you bought cleaned almonds, you could skip the next paragraph. If you’ve bought almonds with the skin on, you must remove them before making the paste. To remove the skins, bring a pan of water to a boil and add the almonds. After two minutes, we scoop the almonds with a slotted spoon. When you put the almonds into a bowl of ice-cold water, it is pretty easy to rub the skins off. 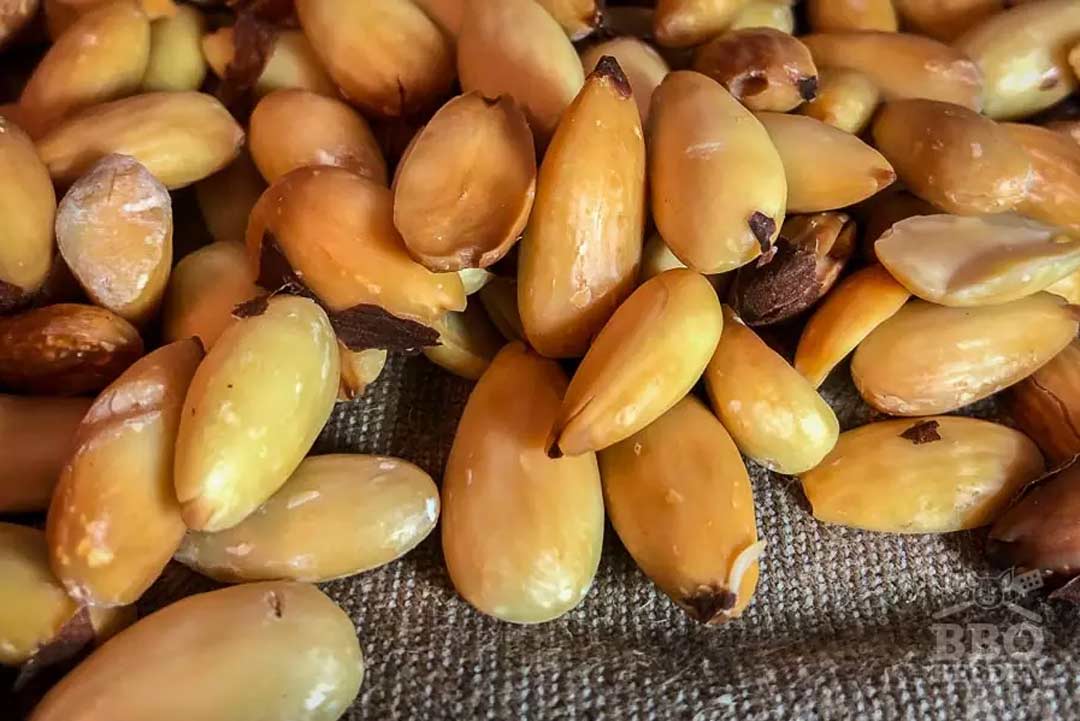 We now move on to the dough. Mix the flour, butter (cut into cubes), beaten egg, white caster sugar, water, salt and yeast in a large bowl. Make sure the salt and yeast are put in separately. If they come into contact with each other too soon, the salt will destroy the yeast cells, limiting the fermentation.

When kneading the dough, you use the palms of your hands, continuously pushing the dough away from you. The kneading will take at least 10 to 15 minutes. This is important to ensure that the flour has absorbed all the moisture and that the gluten can do its job. 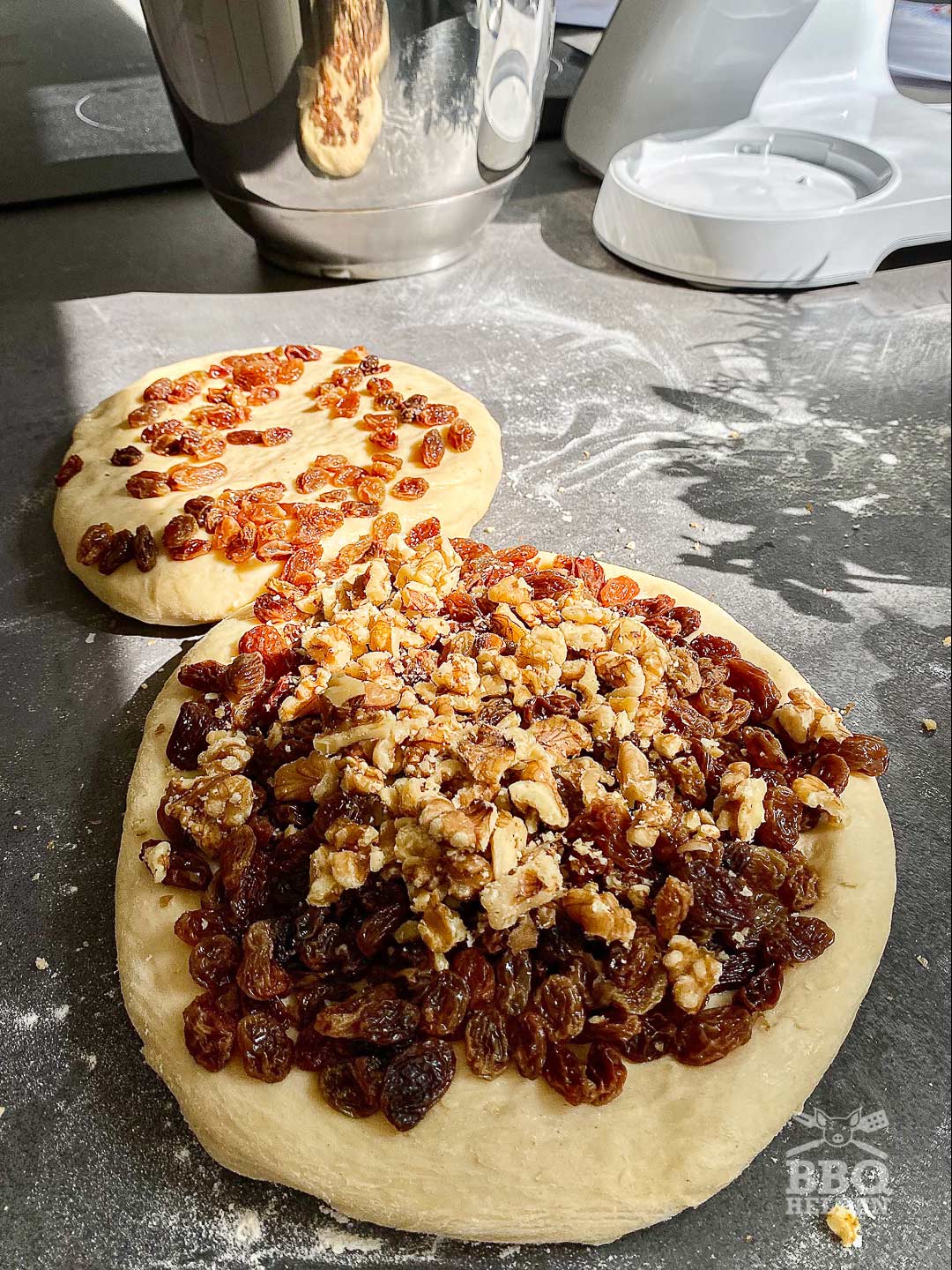 Soak the raisins in warm water and chop the nuts to the desired size. We divide the dough into two equal parts and roll them both slightly flat. On one half, we put all the raisins and nuts, and then put the other half of the dough on top. 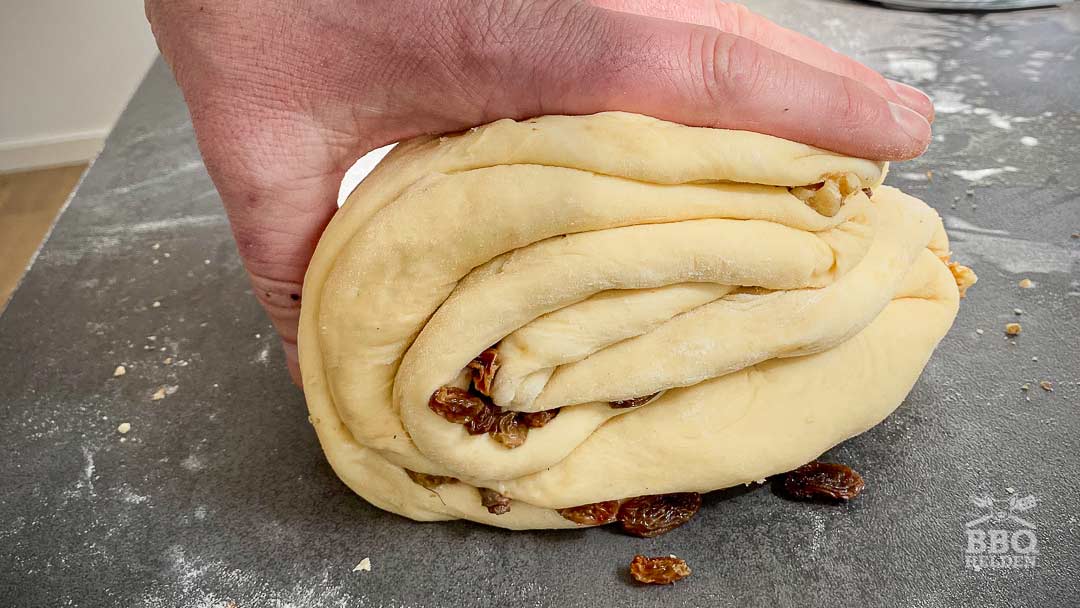 Now fold the dough in half, push it away from you with your palm, then push it away from you and so on. Do this until all the raisins and nuts are nicely distributed in the dough. Do this no longer than necessary, and then divide the dough again into two equal balls. Each ball goes in a lightly floured dish (to prevent sticking) with cling film over it. The dough can now rise briefly at room temperature for 15 minutes.

After this first rising, roll the dough flat into an oval. Fold the two short sides inwards to create a trapezoid. We will also tension the dough by folding the corners of the trapezoid inwards. If all goes well, it has already turned into a dough ball you can take in two hands. Make sure the seams are at the bottom, and slightly puff up the dough as if you were folding two socks into a ball! Do this with both balls of dough and put them back in their bowl, cover and let them rise again for 15 minutes. 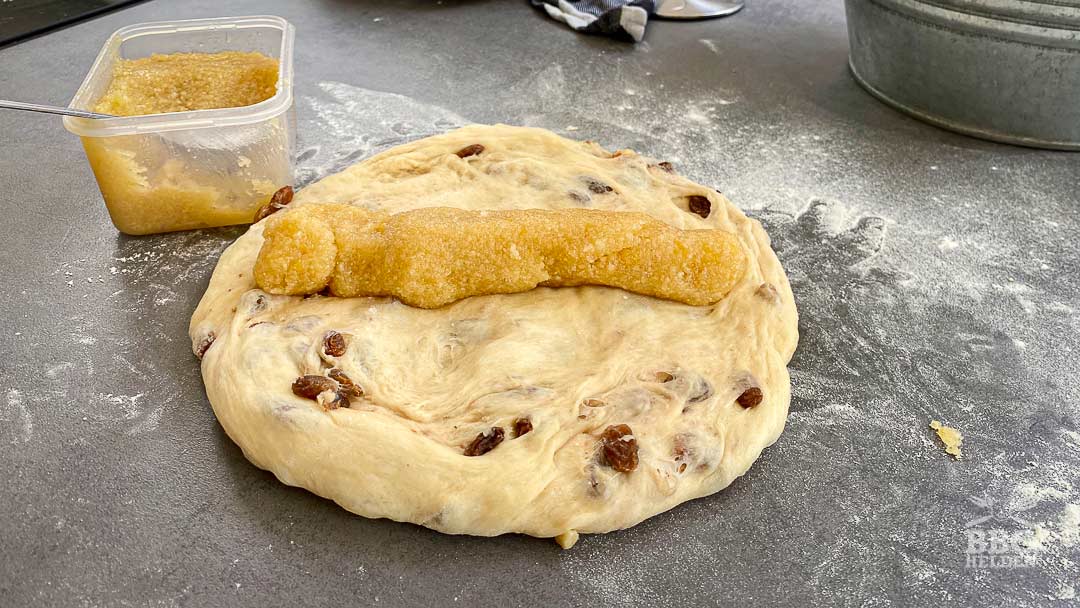 After the second rise, we roll each dough into a circle. We divide the prepared almond paste in half and roll it into two bars that stay well within the circles of dough. Fold the dough with the stick of almond paste in half and press the edges to close it. Brush the tops of both stollen with beaten egg and let them rise again for an hour. You can light the barbecue about fifteen minutes before the end of rising. 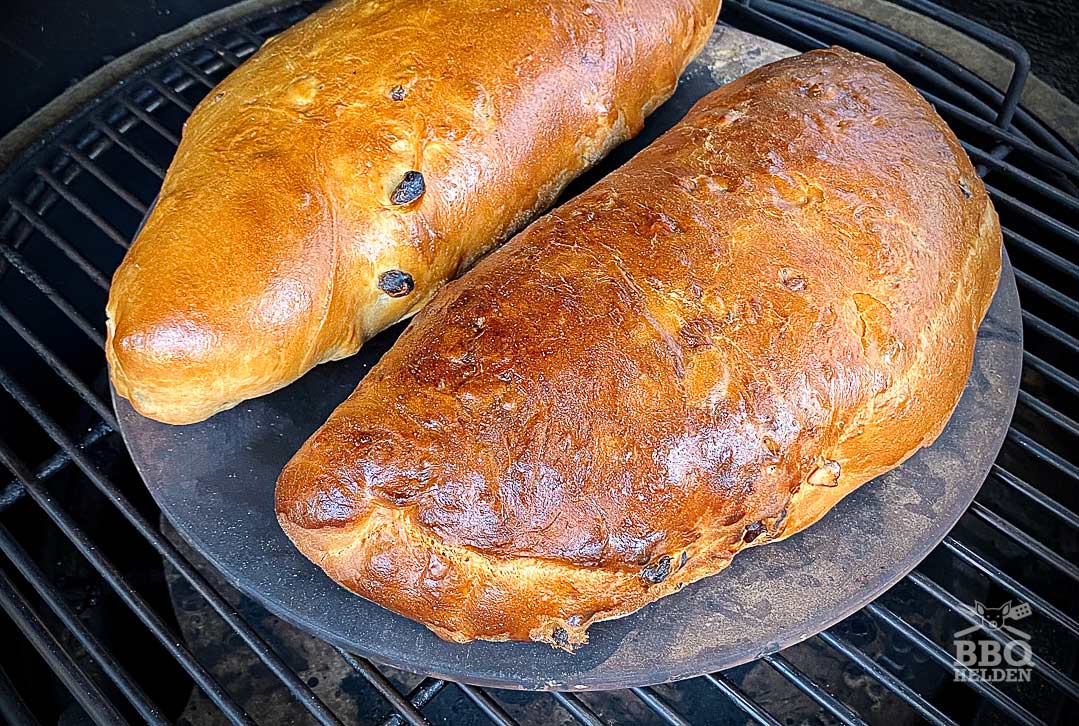 When the barbecue has a stable temperature of 200ºC (392F), the stollen can be placed on the pizza stone. Close the lid and wait 25 minutes before checking how it looks. If the stollen looks like the photo above, you check the doneness by inserting a skewer into the bread. If it comes out clean, the clot is ready.

In the meantime, we can melt two lumps of butter in a pan. We use this melted butter to brush the stollen so that the powdered sugar sticks nicely on the bread.

This is the time to ask the neighbours or friends to come over and have a cup of coffee because you want to share this stollen (especially at Christmas).

If you will make this party stollen, let us know in the comments below. Or better! Could you take a photo and post it on Instagram? Tag @bbqhelden and @thijsbbq so we can see what you’ve made.

For the almond paste

Preparation of the dough