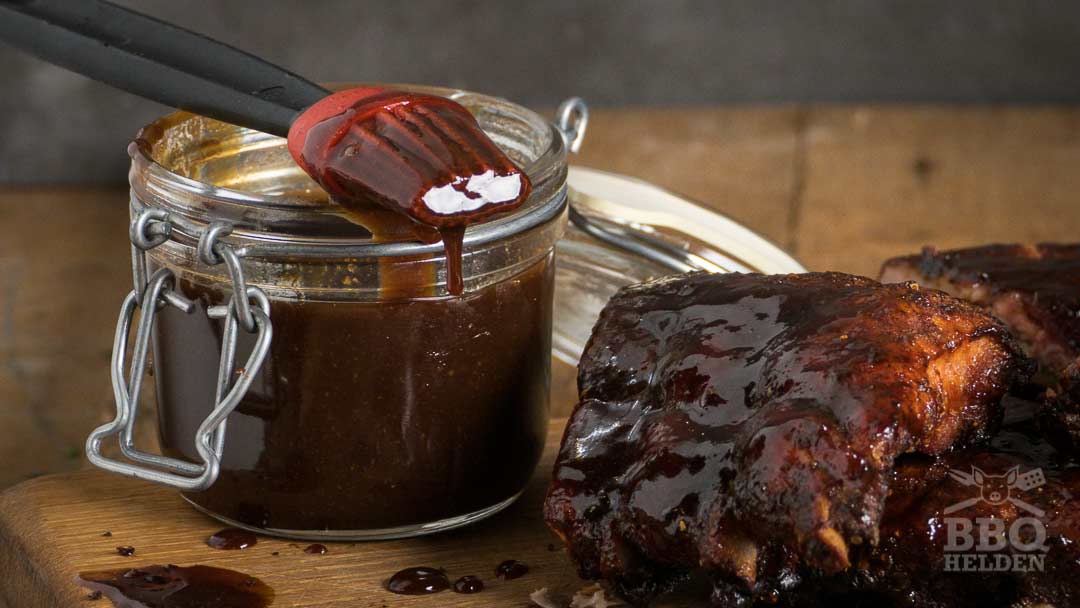 We made this apple syrup bbq sauce for our roasted spareribs, but the sauce also tastes great over a grilled pork chop or a kilo of chicken wings.

The sauce is made with appel stroop. That’s a sort of molasses made with apples. In the Netherlands, stroop is mostly eaten as a spread on bread. These spare ribs are nice and sweet and get a nice kick due to the chilli pepper and chipotle. 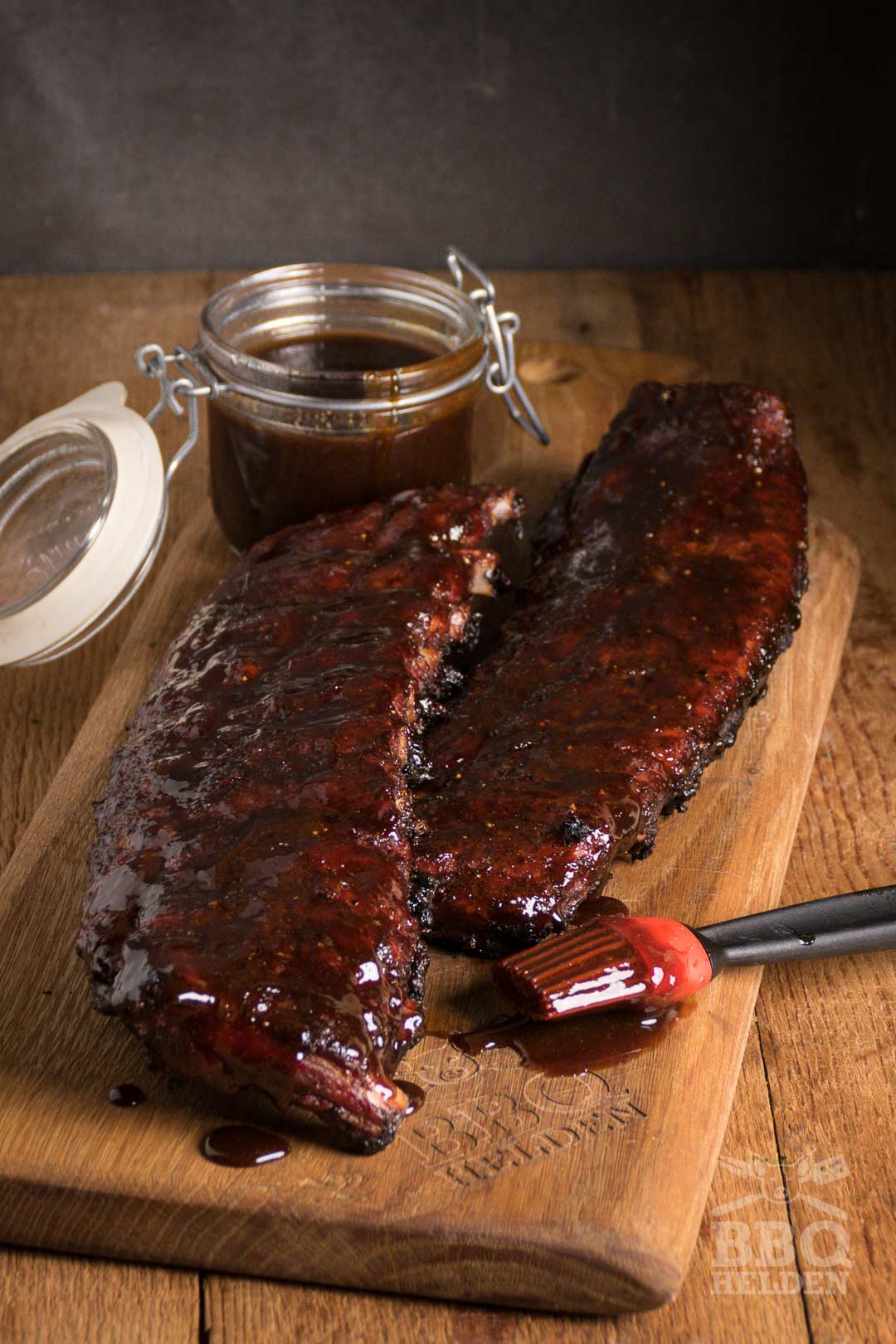