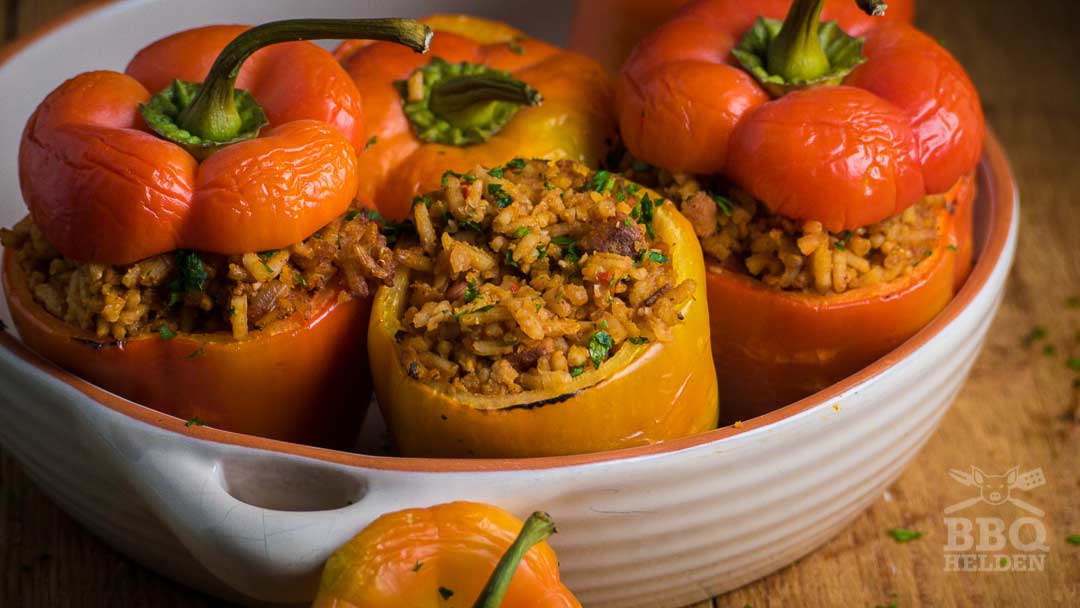 These stuffed bell peppers are a fun side dish and a complete meal at the same time if you want to make an easy meal. If you remove the bacon from the recipe, you immediately have a delicious vegetarian dish. This recipe makes everyone happy. 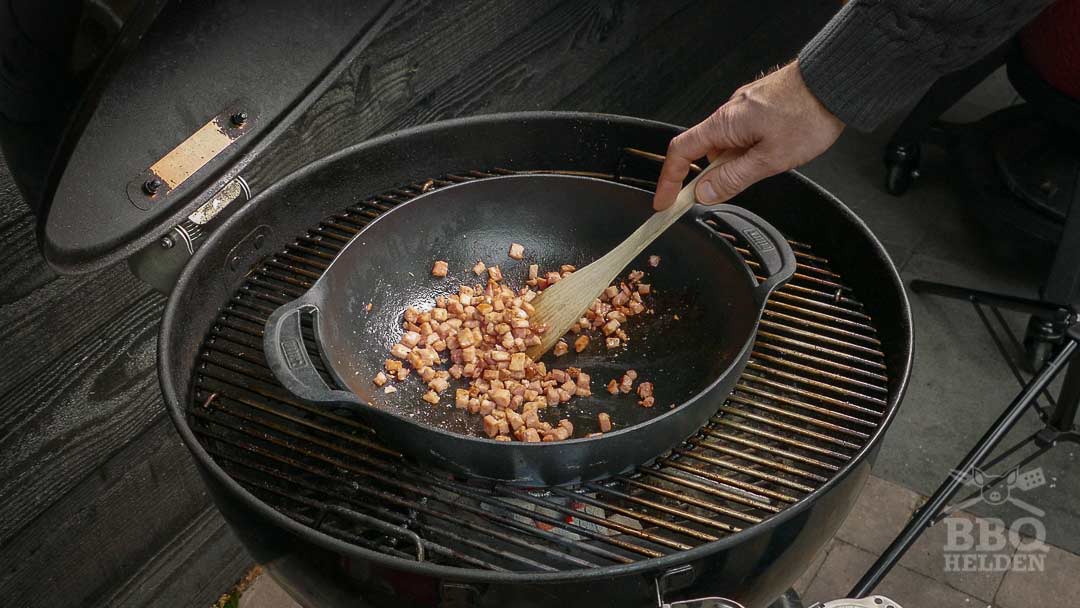 We prepare the rice on the barbecue in a large wok. This can be done very nicely on the master touch with the GBS system. You can place a wok in the hole without having to worry about it tipping over. We have the briquettes in two separate baskets and slide them under the wok. 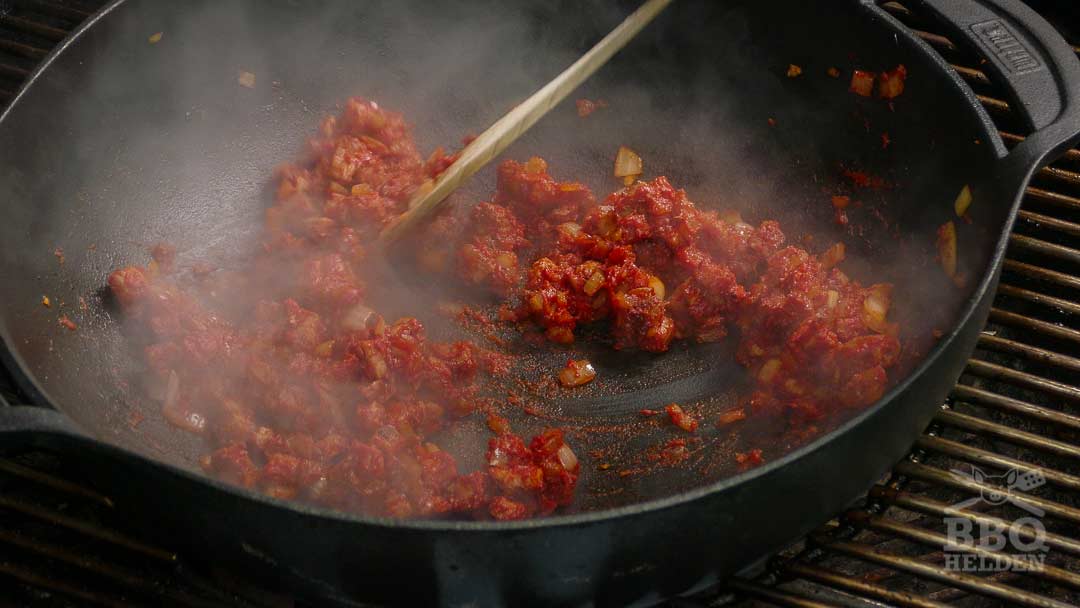 In addition to the broth, the tomato paste gives the rice a lot of flavour. But tomato paste can sometimes be a bit sour. That is why we will bake it briefly. This makes the puree a bit sweeter. Do not do this too long and keep stirring continuously, otherwise, the puree will burn and becomes bitter. 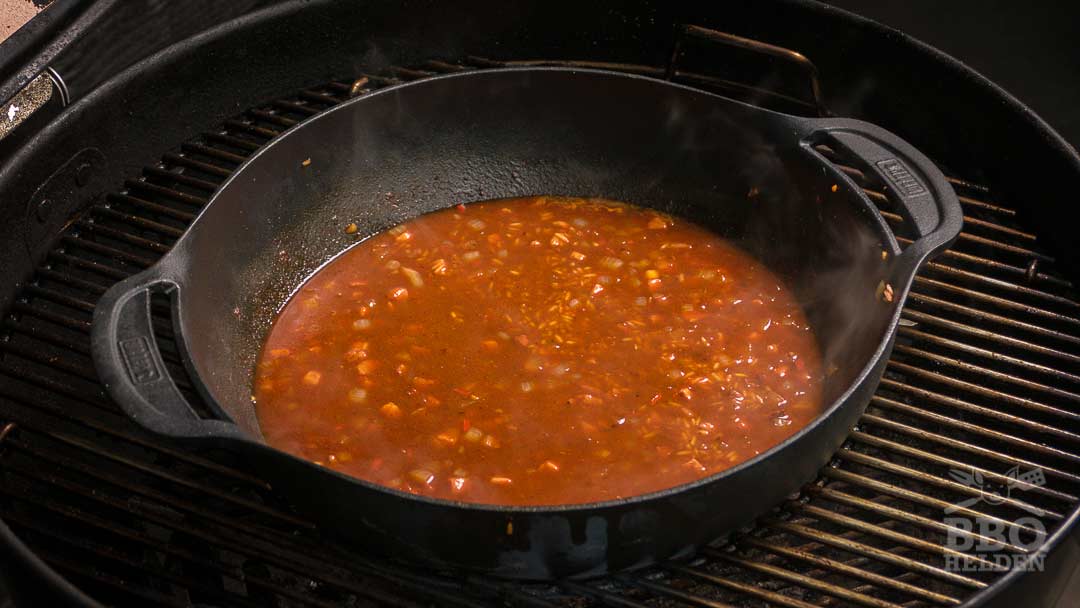 Then the rice is added, which we also briefly fry, making the rice tastier with a nutty flavour. Then we cook the rice in the broth. The trick is that we add as much liquid to the rice as it can absorb during cooking. This way, you know that all the flavour of the stock ends up in the rice. 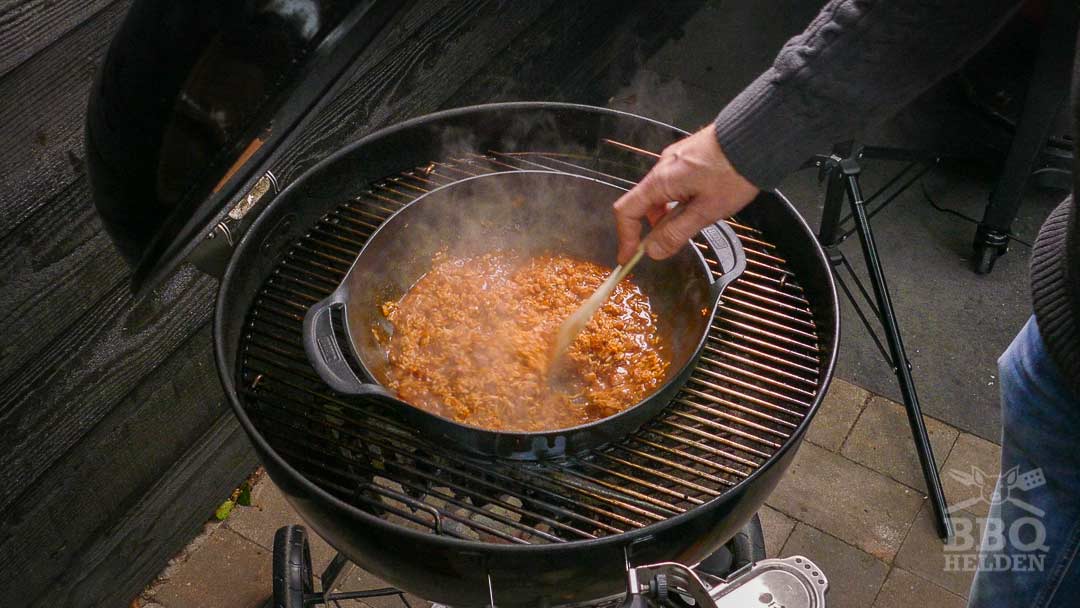 Stay with it and stir the rice a few times. If the rice threatens to boil dry before it is ready to eat, just add another cup of water. The rice is ready when it is just cooked. No further. 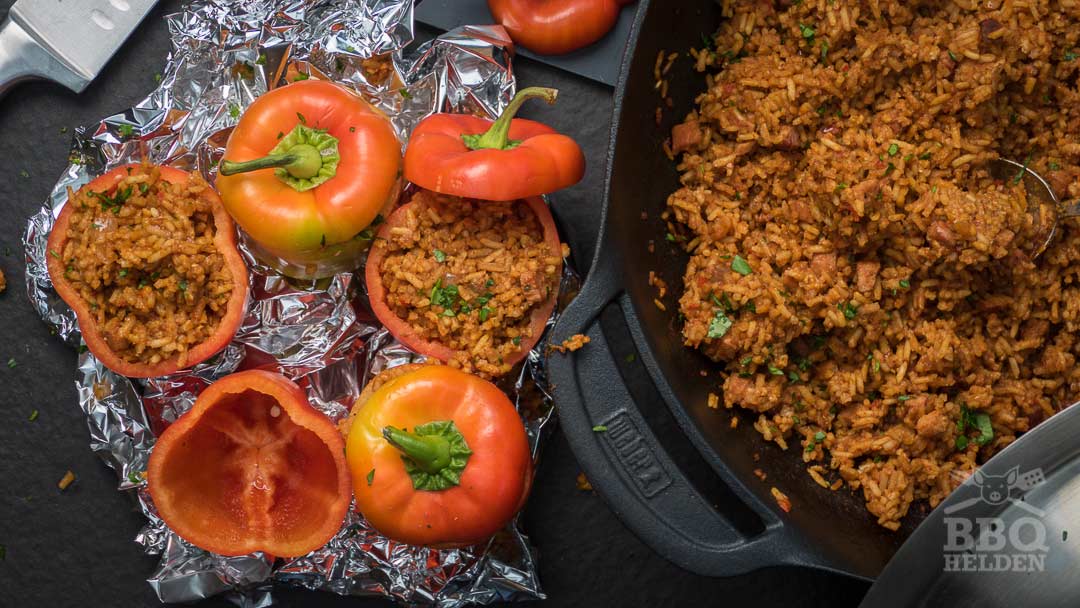 Then we will fill the bell peppers. Cut the cap off just below the stem. A little higher and there will be a hole in the lid. It tastes the same, but this looks nicer. You can easily cut the seeds and glands out with a large teaspoon without cutting through the peel. 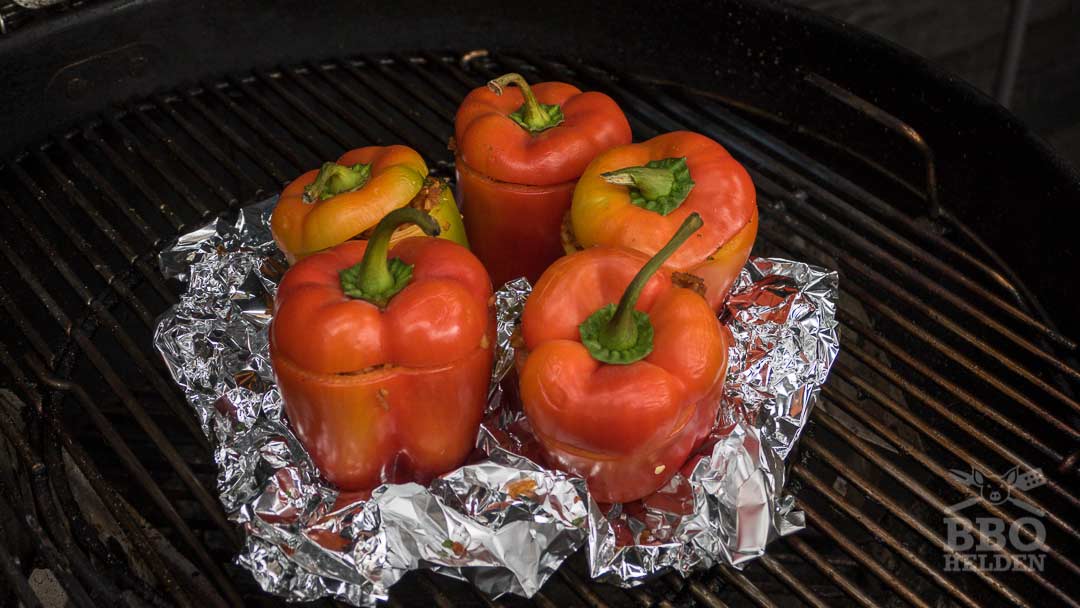 The bell peppers can easily stay upright thanks to a large wad of aluminium foil. Now you let them stand for at least half an hour until the bell pepper has become nice and soft. 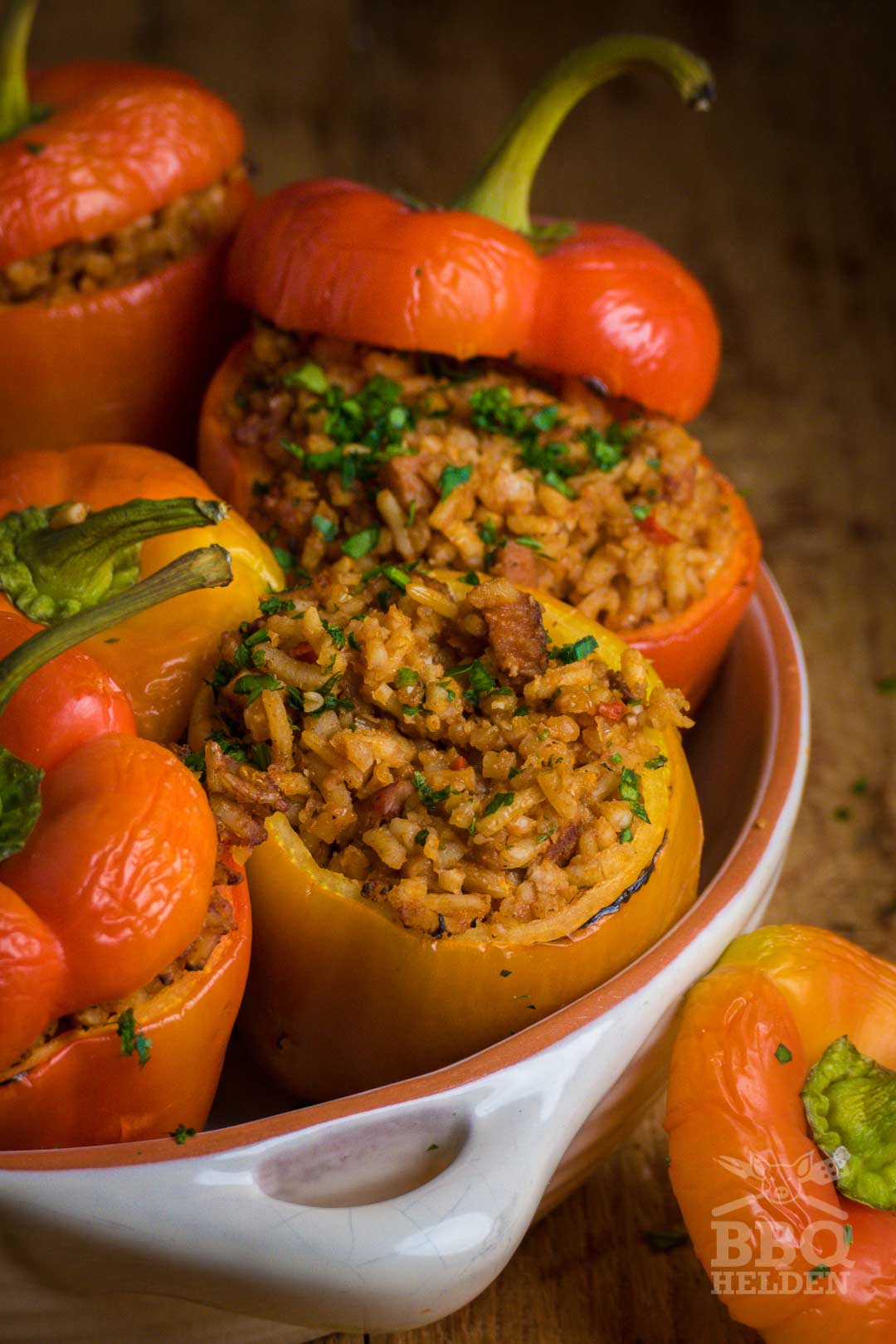 Carefully remove the bell peppers from the barbecue and serve them while they are still warm.