Smoked ham from a suckling pig 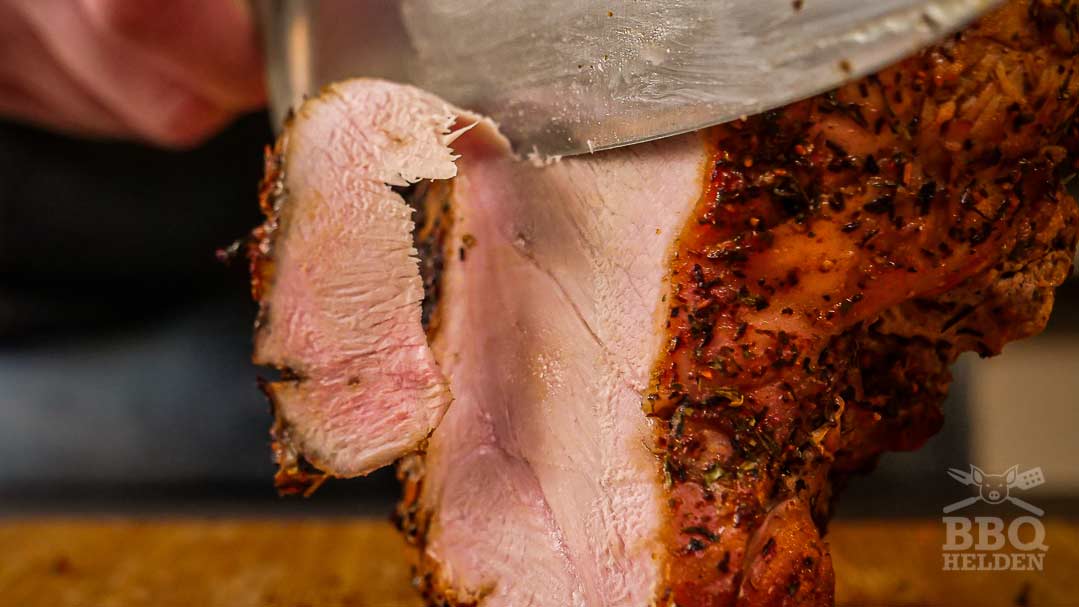 At the butchers, I always look for cuts of meat that I have never prepared before. That’s how I came across a ham from a suckling pig. This ham is a large cut of meat that looks cool because of the bone. It is therefore nicely presented when family comes to eat.

That was my first thought when I saw this, and it seemed a good piece of meat for the holidays. There is something with these kinds of cuts that bring out the cavewoman or man inside of you.

Remove the ham from the freezer in time to let it thaw in the refrigerator. On the day of preparation, we will first have to prepare the ham before it is put on the barbecue. The skin is still around the ham, and we want to remove it after more than an hour on the barbecue. After this hour, the skin will be hard and tough and will easily detach from the underlying fat layer. We remove the skin because it prevents the addition of seasonings like your dry rub to the meat. 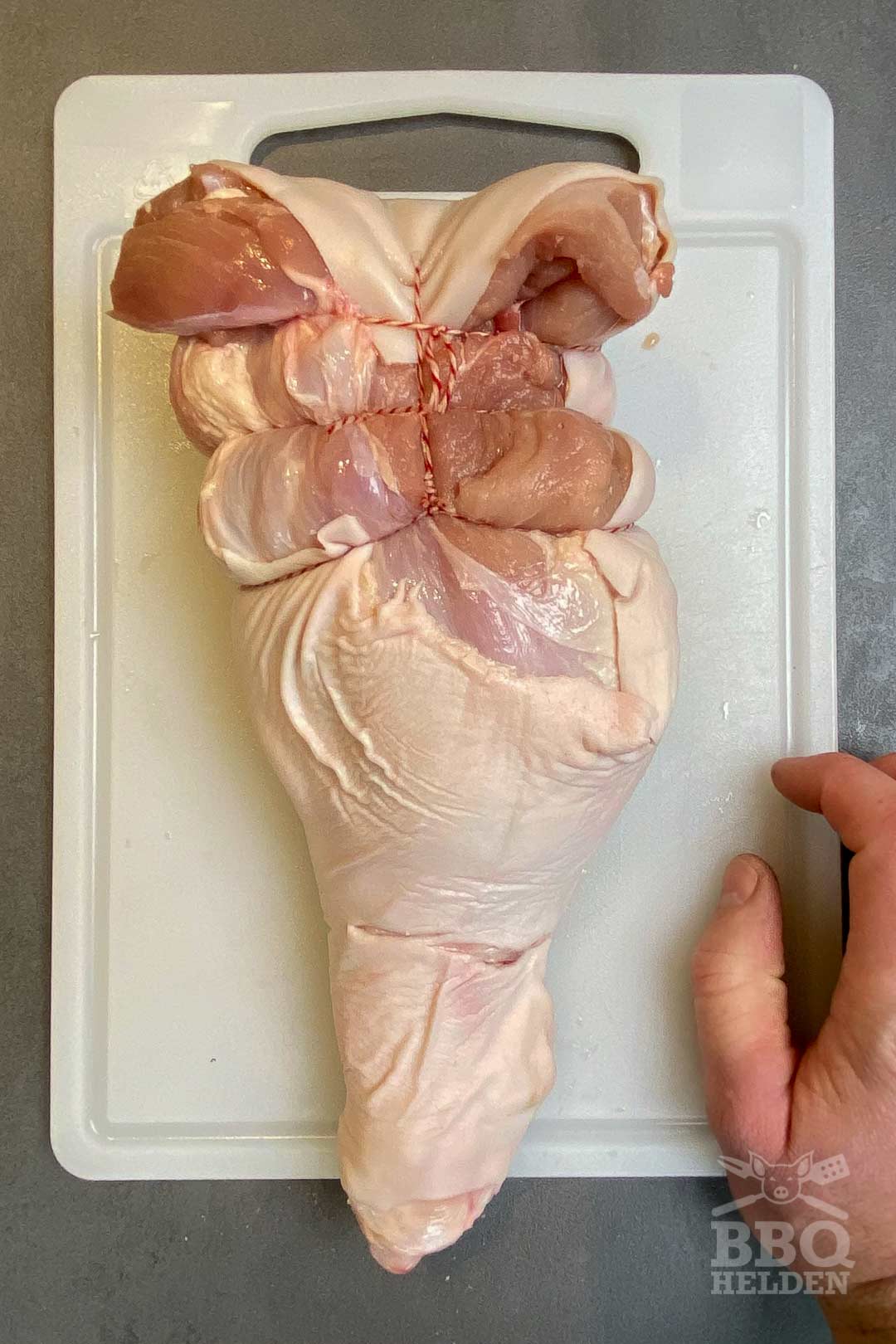 First, we cut the skin around the thin part of the leg. If there are still loose pieces of meat in the thick part of the ham, you can choose to cut them loose or tie them up. I opted for the latter so that the ham was nicely compact for even cooking. 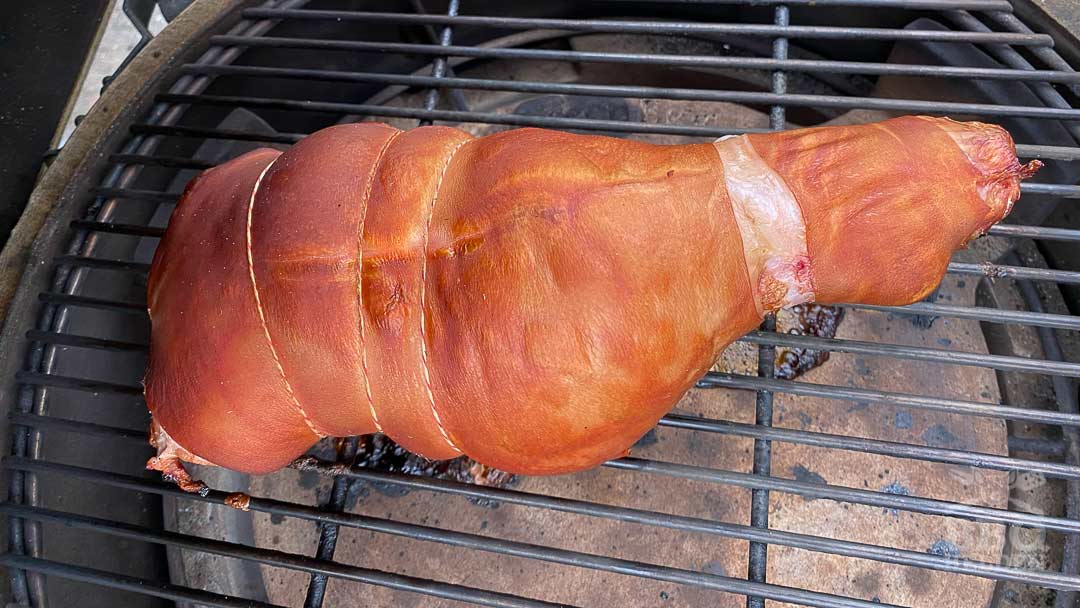 During the first hour on the barbecue, the skin will be under tension and therefore feel stiff when you tap it. That is the time to remove the ham from the grill. To remove the parchment skin, you can put on gloves unless you have fireproof hands 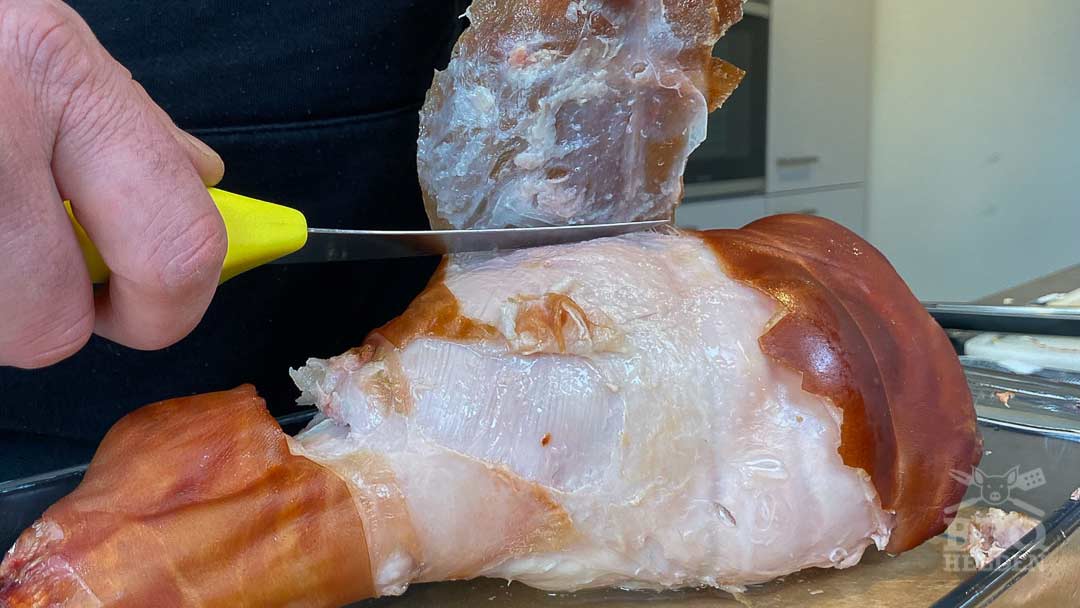 The underlying fat layer remains on the meat, and a sharp knife will help to remove only the skin. Now it is time to cut the fat layer crosswise and diagonally. With a suckling pig, this is only a thin layer so be careful not to cut into the meat. 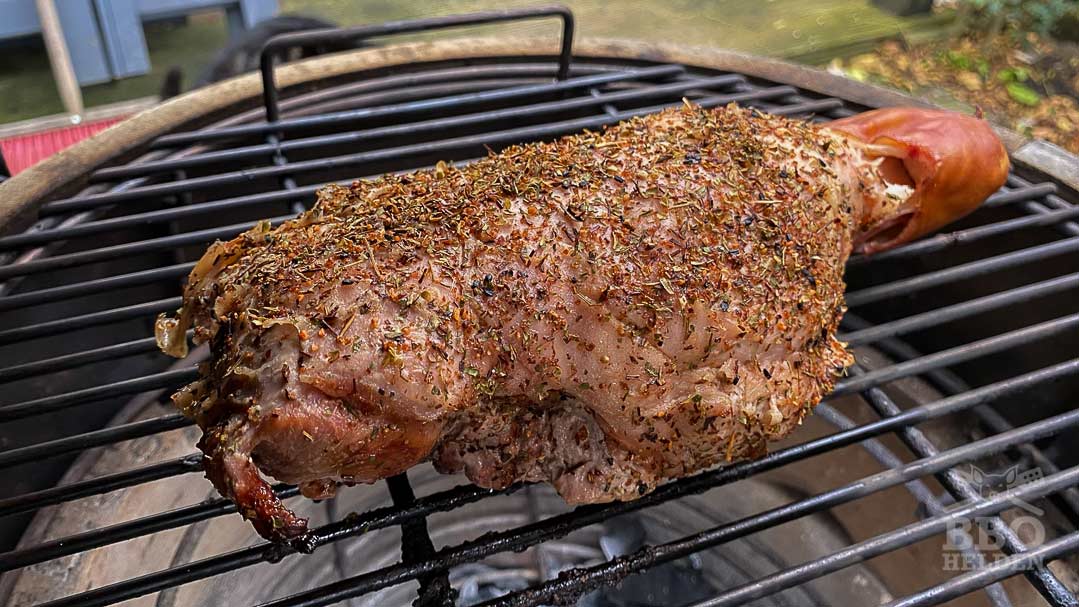 After applying a rub, the Suckling Pig ham can be put back on the barbecue, and you use a core temperature meter. Measuring in the meantime with, for example, a thermapen is also possible. The ultimate goal is a core temperature of 65°C (149F) at the thickest part. Depending on the temperature in the kettle, and your ham, this can take up to an hour.

Because I used honey with a ready-to-use rub with delicious flavours such as rooibos and sumac, I didn’t want to add unnecessary seasonings. If you want to bring this ham over the top, you can brush the ham around the 60°C (140F) core temperature with a barbecue sauce. Extra tasty and beautiful to look at. 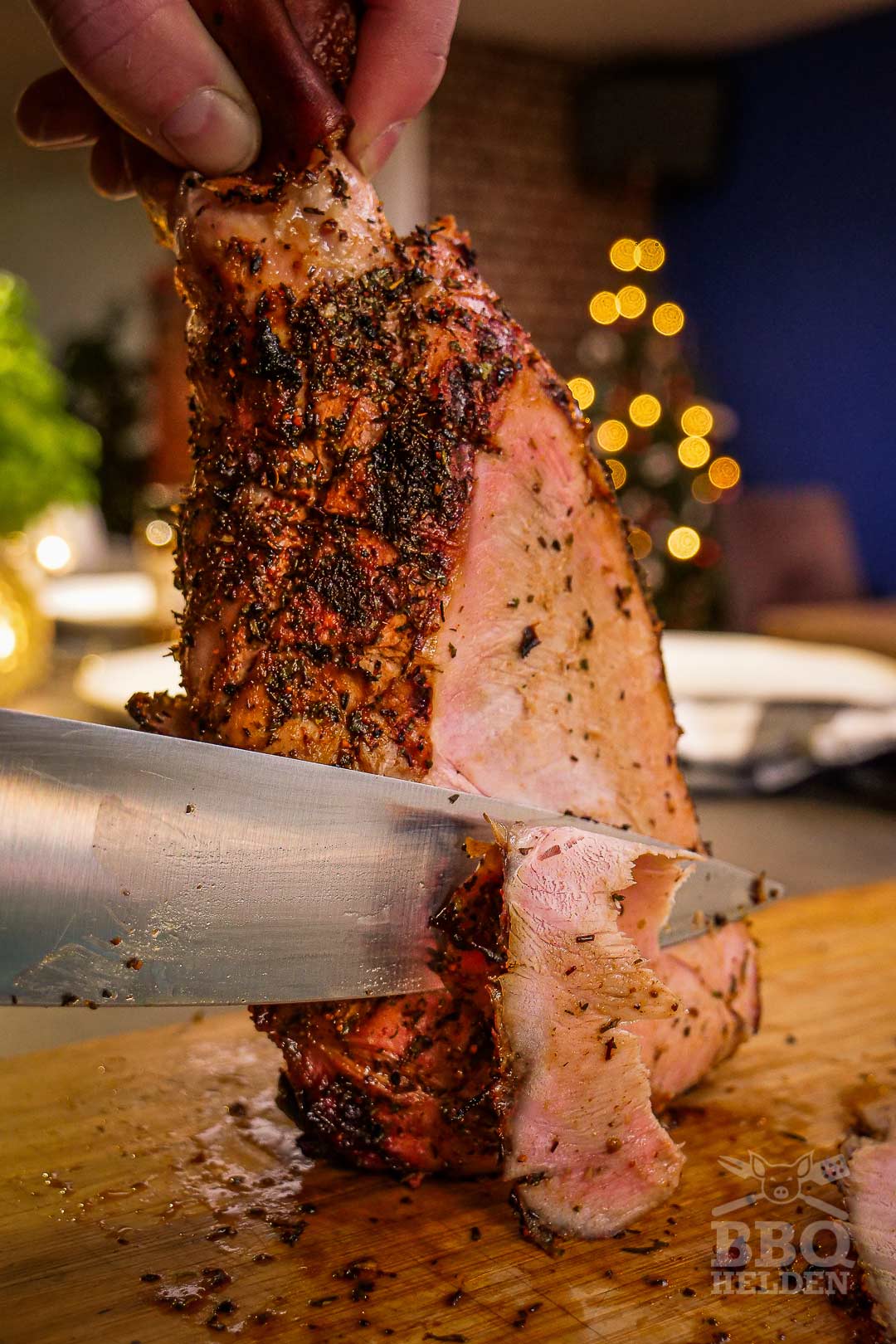 How cool is it to serve this during Christmas? Even if it is just to see the admiring looks of your family. And after that, it is good eating. Serve the ham with a few excellent side dishes.