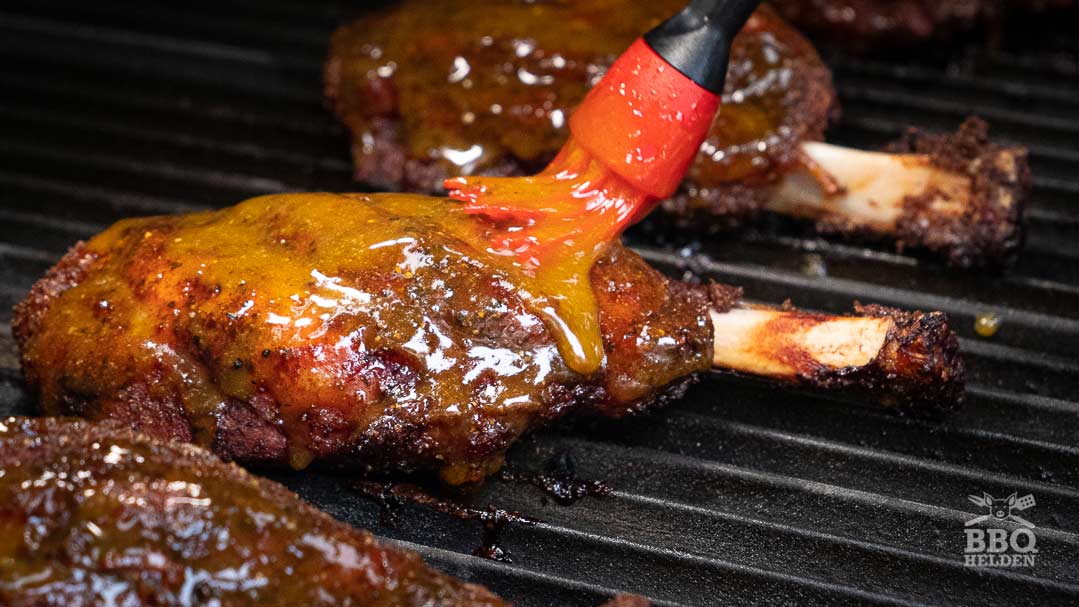 Pig wings are a great piece of meat to smoke. The meat is delicious due to a large amount of collagen that is converted into gelatin during the low and slow preparation. This makes the meat tender and juicy. A nice side effect is that a pig wing is affordable. And that’s good to know now that meat prices are rising.

We smoke these fantastic pieces of meat in three and a half hours until the meat is butter tender and then smear it with a delicious mustard sauce so that they become nice and sticky. 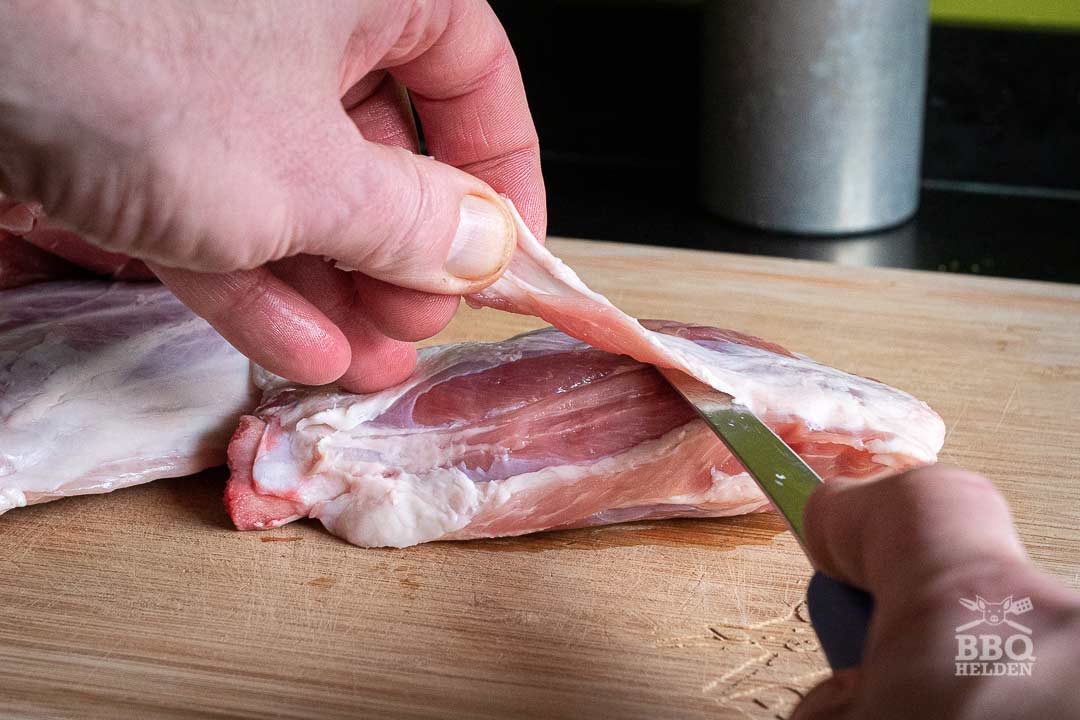 Pig wings are cut from the lower part of the shank. They call them pig wings in America because they resemble a giant chicken wing.

Silverskin must be removed on one side of the pig wing before you start smoking it. That silverskin is a barrier between the meat and the herbs and smoke. You can easily remove it with a flexible filleting knife. You pierce it under the skin and then lift it. Now you can pull the knife parallel to the meat along the silverskin. The straighter you can hold the knife, the more meat you leave on. 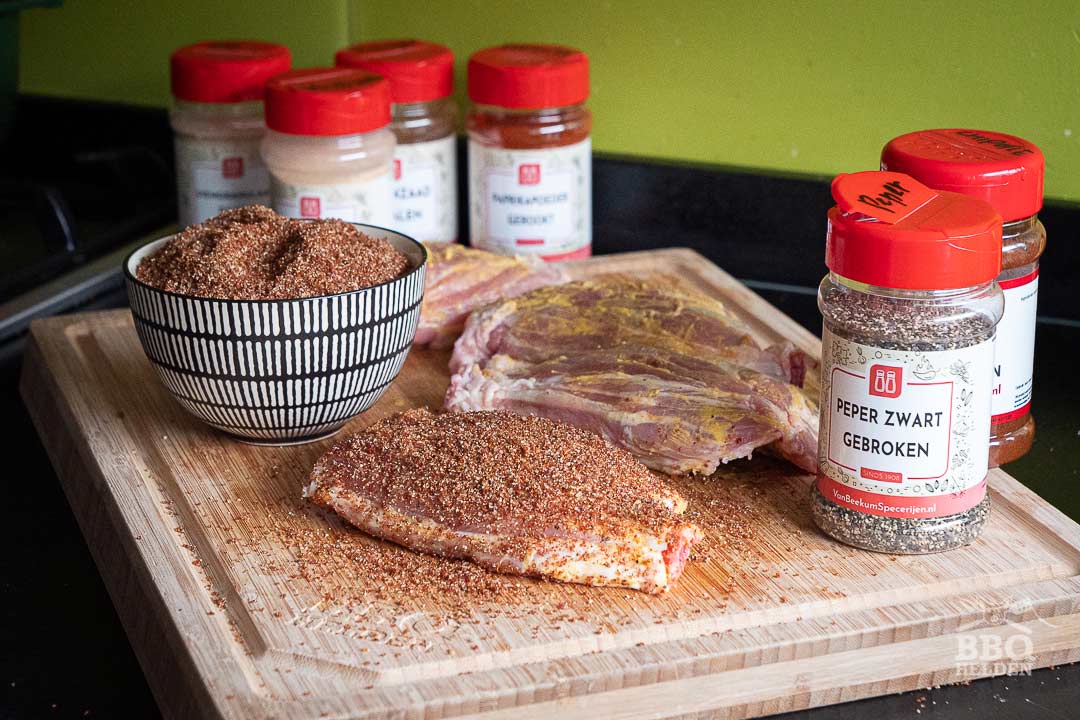 We smear the pig wings with mustard first. We do this to let dry rub stick to get a nice crust on the meat. The dry rub combines sweet, salty, and a little kick from the chipotle pepper that goes great with pork.

If we make a tasty dry rub, we make sure we make enough. We keep these in a preserving jar so that we can grab it when we make spareribs. This mix is ​​suitable for everything pork. 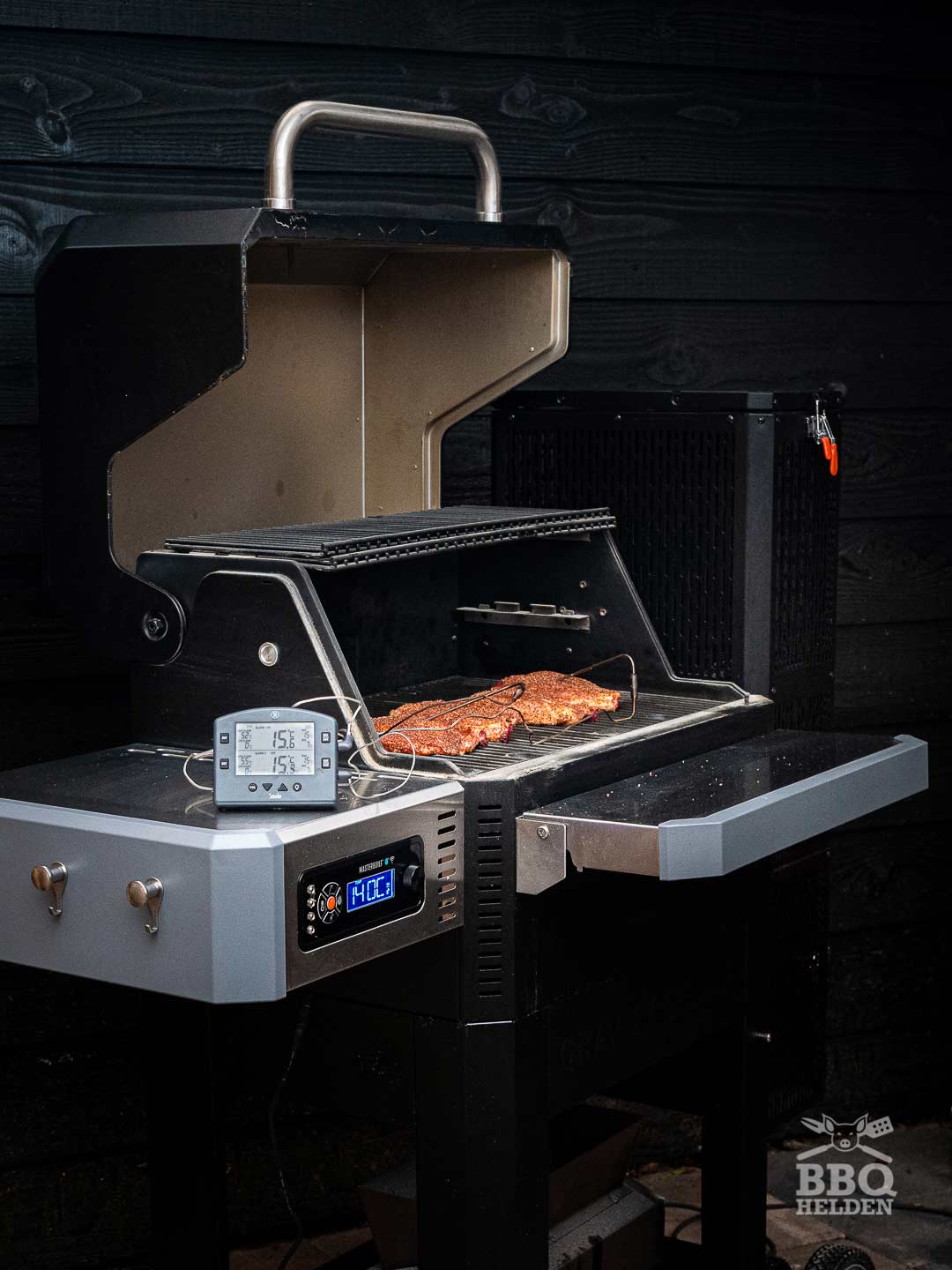 When we smoke the pig wings, we watch the core temperature with a digital thermometer. We insert the probes into the left and right pieces of meat. Every smoker has hot spots that are warmer than other locations. So by measuring left and right, we know whether we should switch the pig wings to cook evenly. 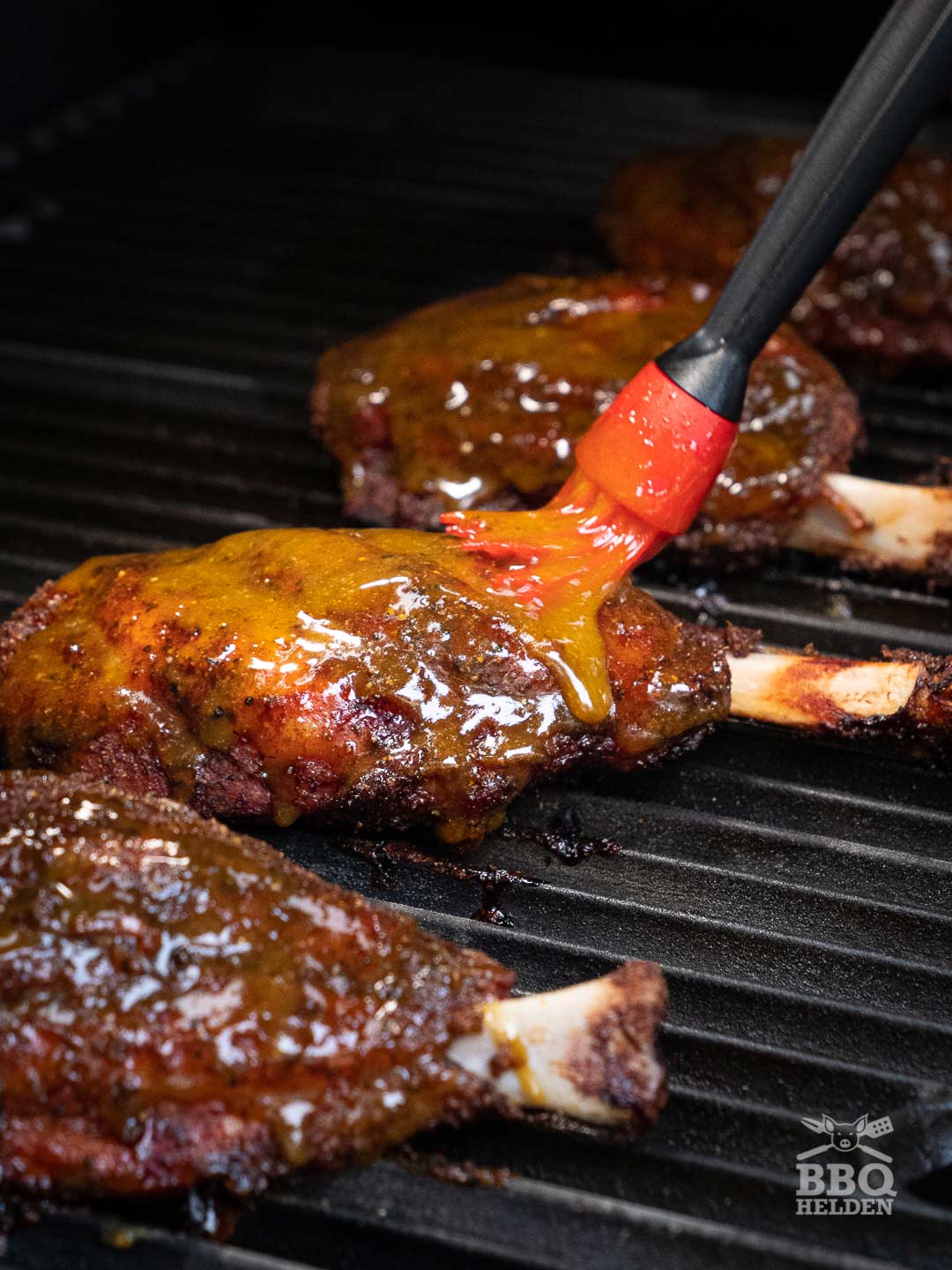 We used two cubes of cherry wood for smoking. This gives the meat a subtle smoke flavour and a very nice dark red colour. When the dry rub has formed a nice crust together with the mustard and the smoke, we smear the meat with the mustard sauce. We do that again just before reaching the desired core temperature of 96ºC (205F). They are super tender with a thick crust and packed with flavour precisely as they should be.

Are you going to make these pig wings with mustard sauce? Let us know in a comment below. Or better! Take a photo and post it on Instagram. Tag @bbq.heroes so we can see what you made.