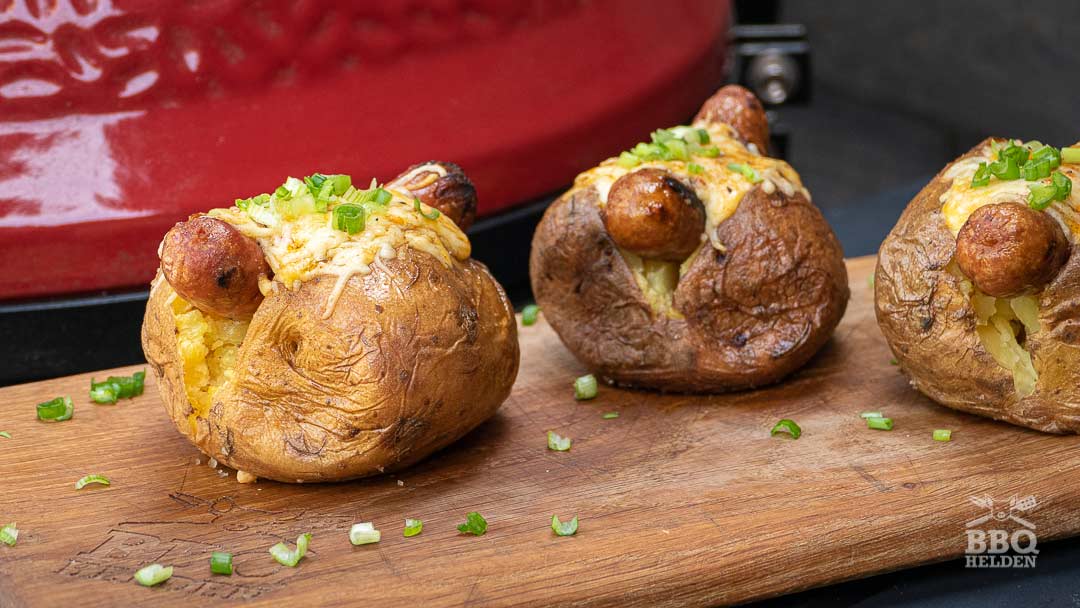 The jacket potato is still one of our most visited pages after ten years, and we understand that very well. What healthy Dutch girl or boy doesn’t like a floury potato. This time we baked some delicious Livar bratwursts. Now you have almost a complete meal.

Add some grilled vegetables, and you made the whole meal on the grill. Let someone else get some beers, and you don’t have to go in the house at all.

There are several ways to make jacket potatoes. We often throw them wrapped in aluminium foil between the hot coals. Then you have the entire surface of the grates for the rest of your dishes. Because we’re not going to make anything more than these potatoes this time, we’ll just put them on the grates.

We have arranged the divide and conquer system of our Kamado Joe so that we have a plate setter and one off the grates at its highest position on the left. That’s where we put the potatoes. On the right side, we have the other grates in the lowest position to grill the sausages on it later. 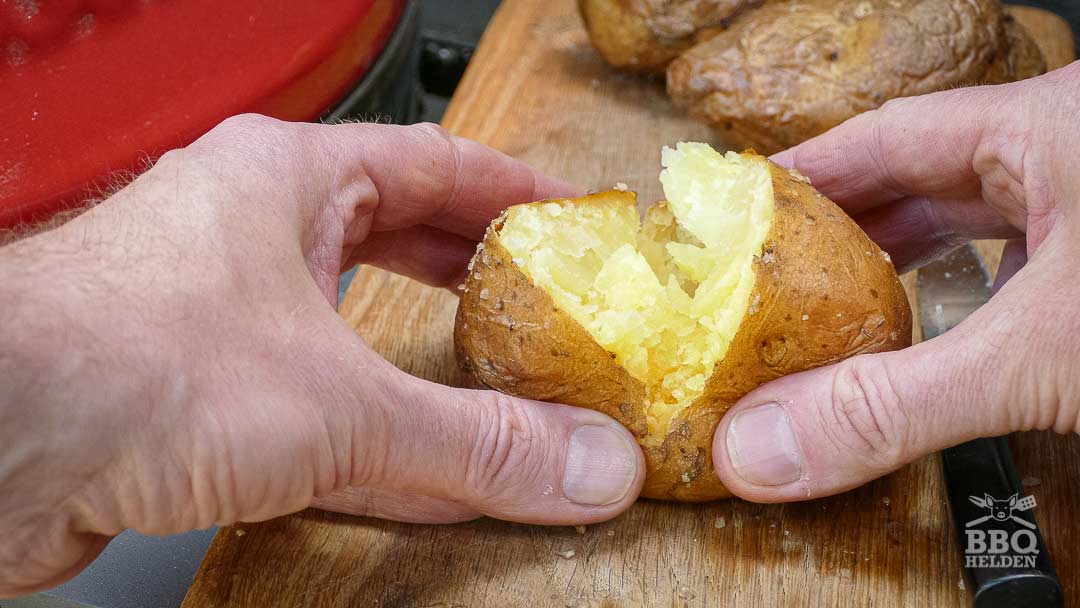 After an hour, you can feel how far the potatoes are. You can press the potato with your finger. And if you stab the potato with a skewer or toothpick, it goes in without resistance and comes out clean. Then you know that the potato is perfectly cooked.

If you let them cool down a bit, you can slice open the potato and press the potato open with both hands. That works better than unfolding them, which often causes the potato to break in two. 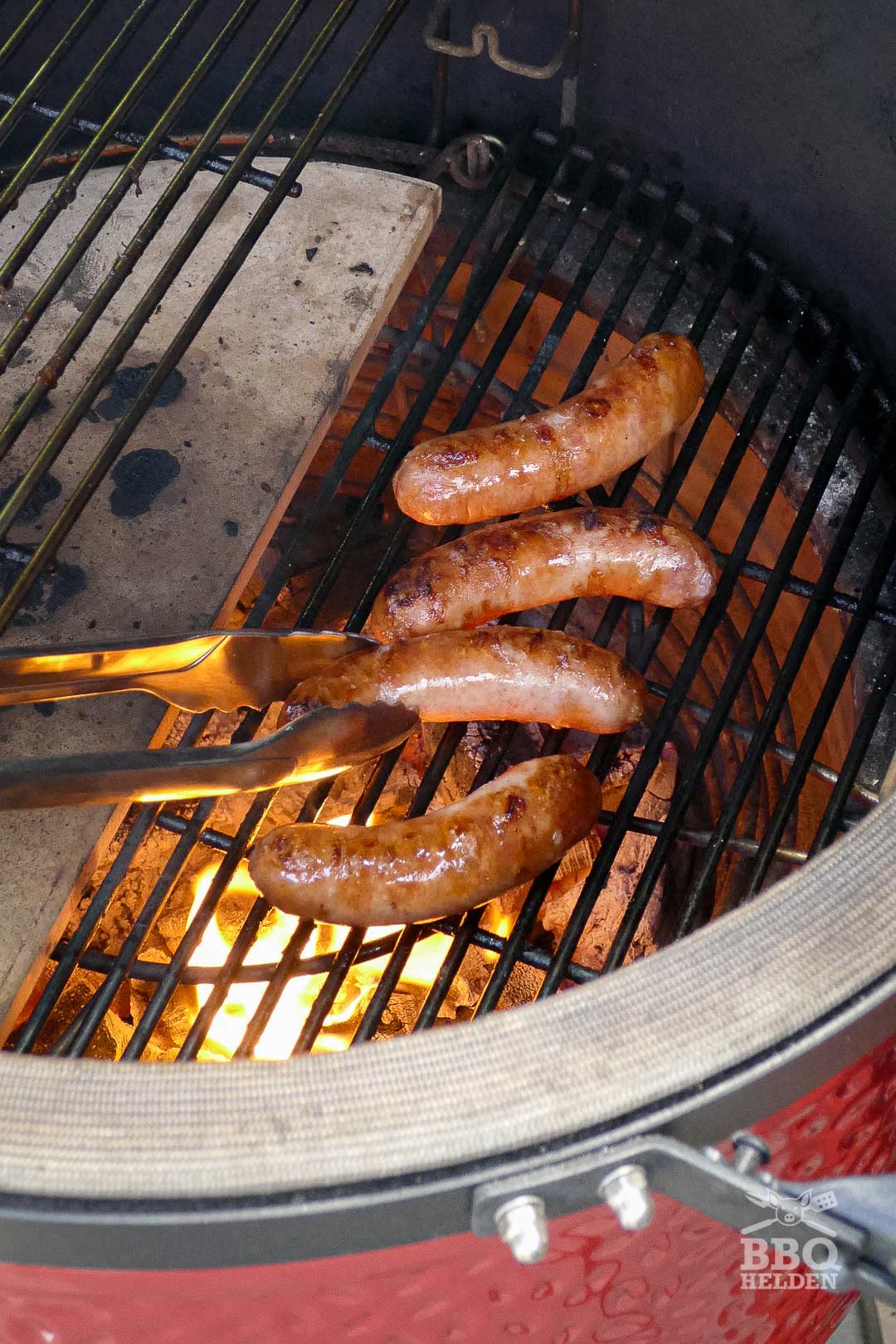 We cook the sausages with a reversed sear. That is easiest for us. The sausages have been placed next to the potatoes for the first half-hour until they are almost cooked. Then we grill them on the lower grates. This way, we get that fantastic dry skin, and we know for sure that the inside is thoroughly cooked. 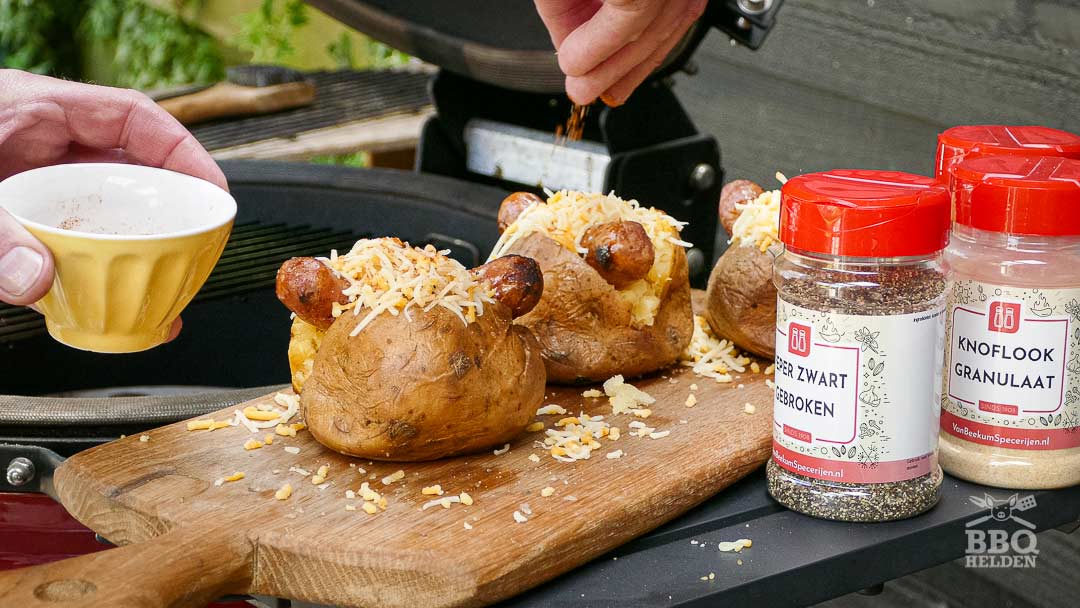 When the potatoes and sausages are ready, we can start filling the potato. We fill them with the bratwurst and then the cheese. We used a mix of Cheddar and Emmental cheese. These cheeses melt well, and the combination tastes good too. If you prefer to use other types of cheese, you can, of course, do that.

The amount of dry rub in this recipe is enough for at least 12 to 16 of these jacket potatoes. You can keep the rub sealed for a few weeks. 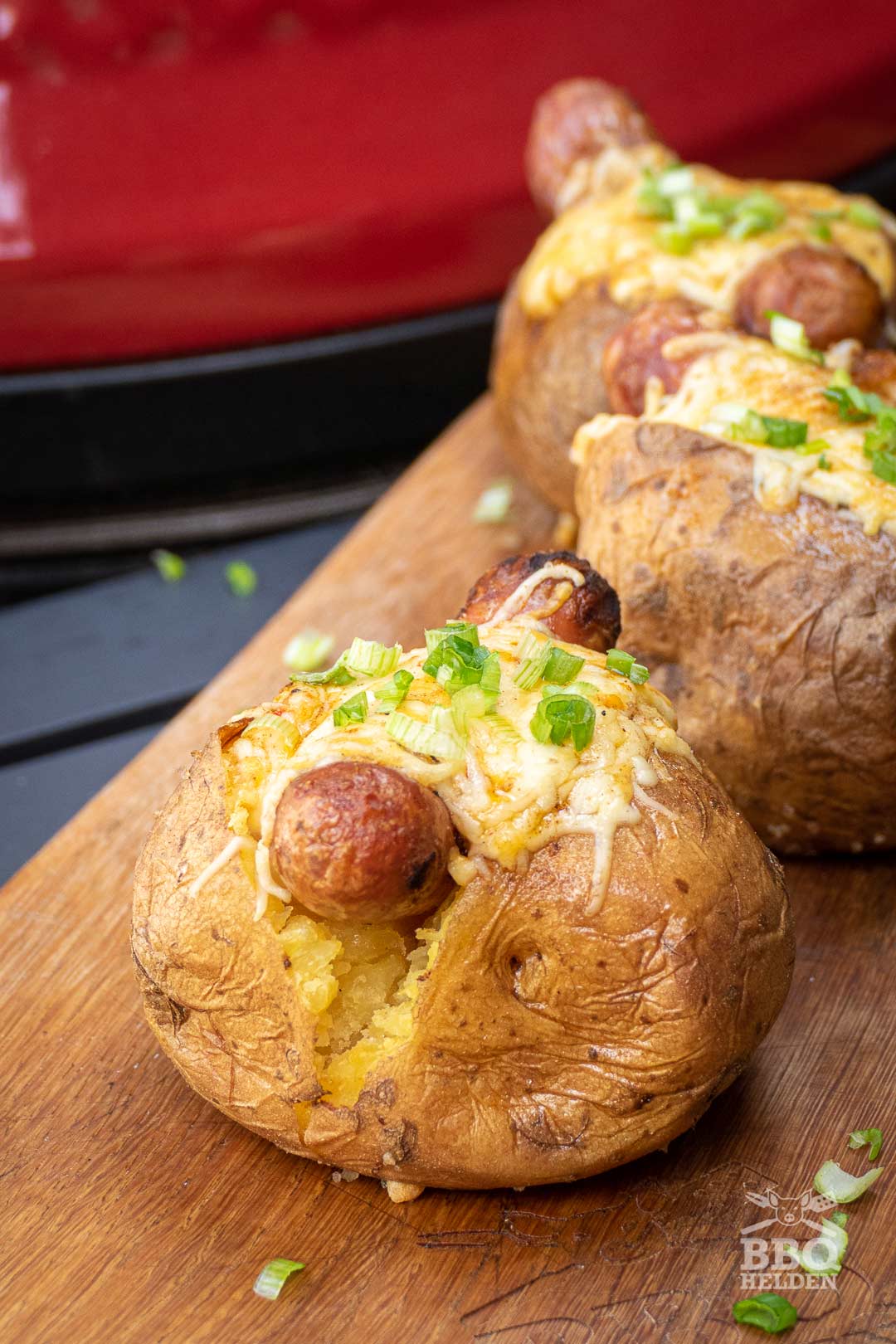 These stuffed potatoes are really delicious. Try the recipe and let us know how you like it. Or better! Take a photo and post it on Instagram. Tag @bbq.heroes and @kamadojoe so we can see what you made.