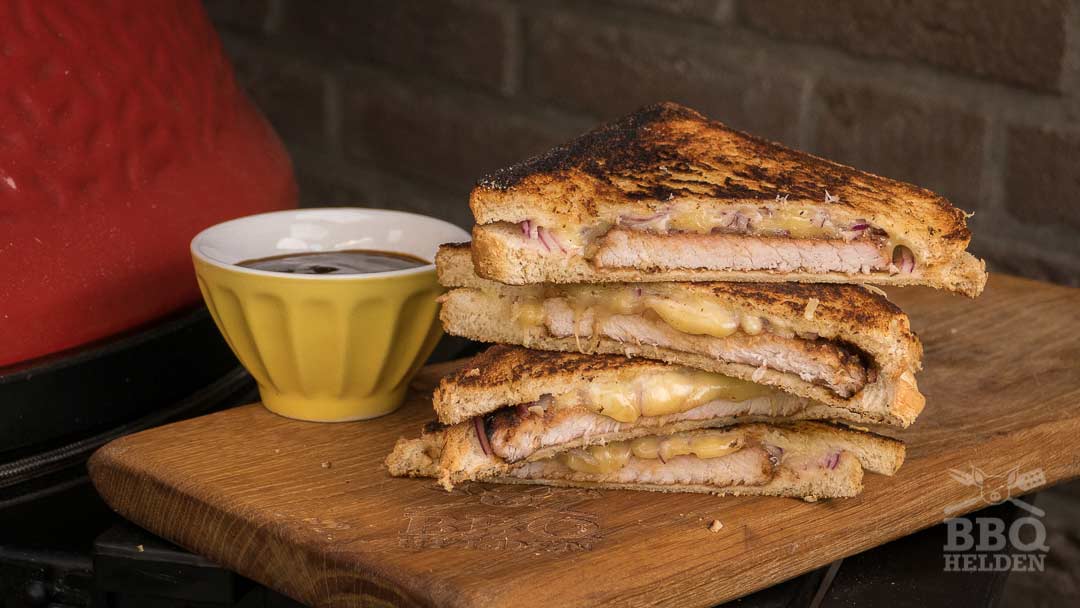 This is a shameless BBQ toasted sandwich with a thin pork cutlet. Nothing special. White bread, juicy pork, onion, and cheese. Lots of cheese. 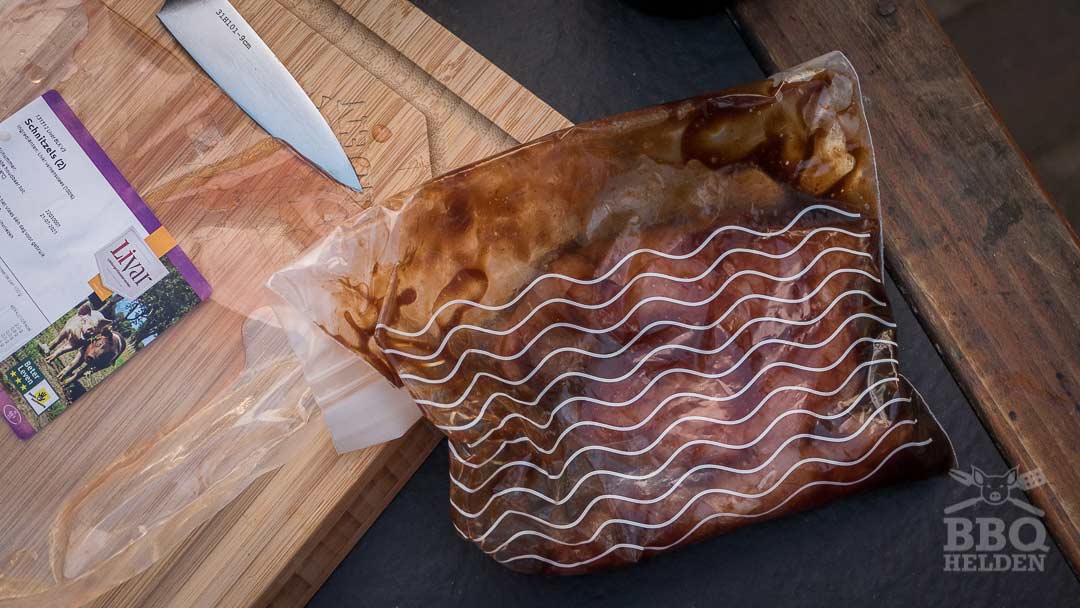 Did you know that you can use barbecue sauce as a marinade for thinner pieces of meat? If you make your own barbecue sauce, make it slightly more acidic for the marinade to work. We used apple cider vinegar.

For thicker pieces of meat, marinating does not make much sense because the marinade only penetrates only a few millimeters into the meat. Even if you leave it for a long time. 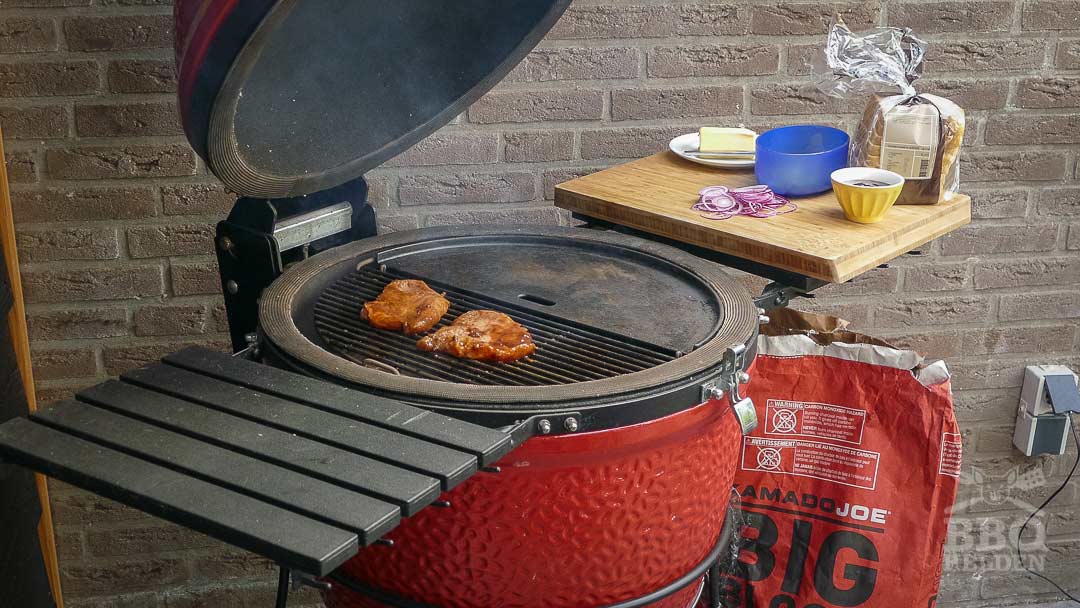 The next day we grill the schnitzel, and we have everything ready for building the toasted sandwich. In the Netherlands, we call this a tosti. In South-Africa, a braaibroodjie. Just some useless information.

To make this sandwich, you can make good use of the Kamado Joe’s Divide and Conquer system. We made the following set-up on our classic II. 1 half has the standard grill grate, and the other half has the KJ grill plate. 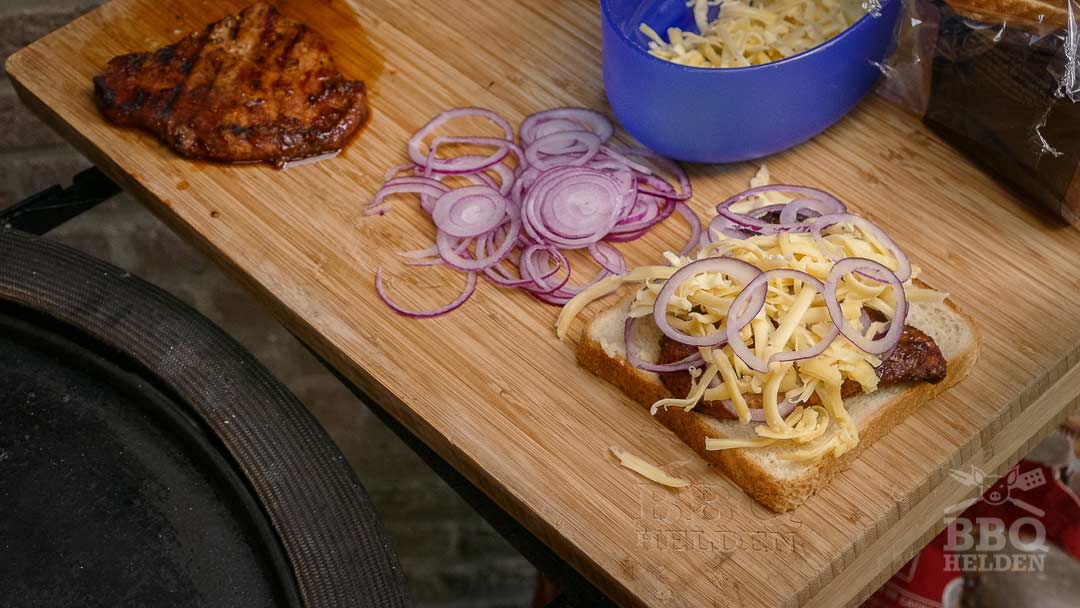 We also love onion, which is why a lot of onion goes under and over the cheese. We’ll cut it very thin. 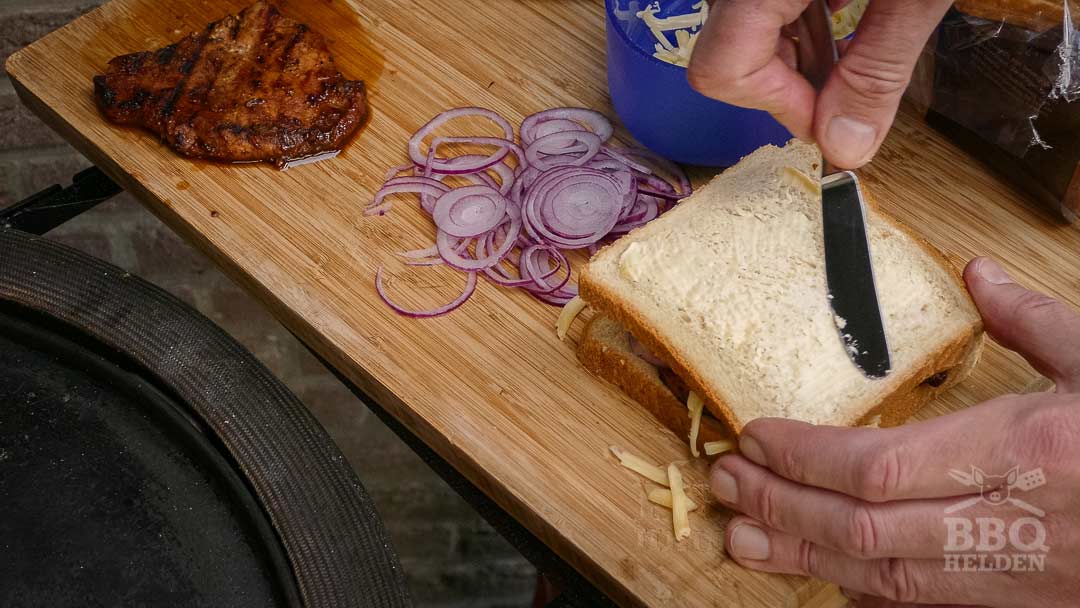 We grease the outside of the sandwich with a thick layer of butter. This way, you can toast the sandwich to a perfect golden brown while the cheese has time to melt. Use real butter, and don’t spread it too sparingly. No one has said this is going to be a healthy sandwich. 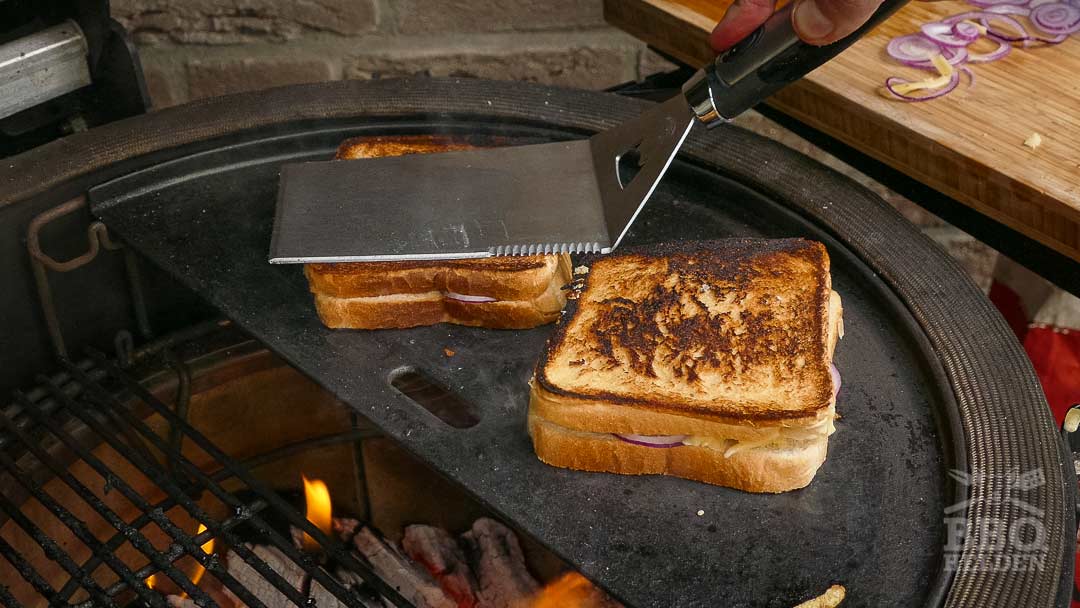 When the grill plate is warm and not too hot, you grill the sandwiches alternately in a few minutes until golden brown. From time to time, press the sandwich firmly against the plate. This will give you a more excellent crust.