Lamb shank stew from the skillet 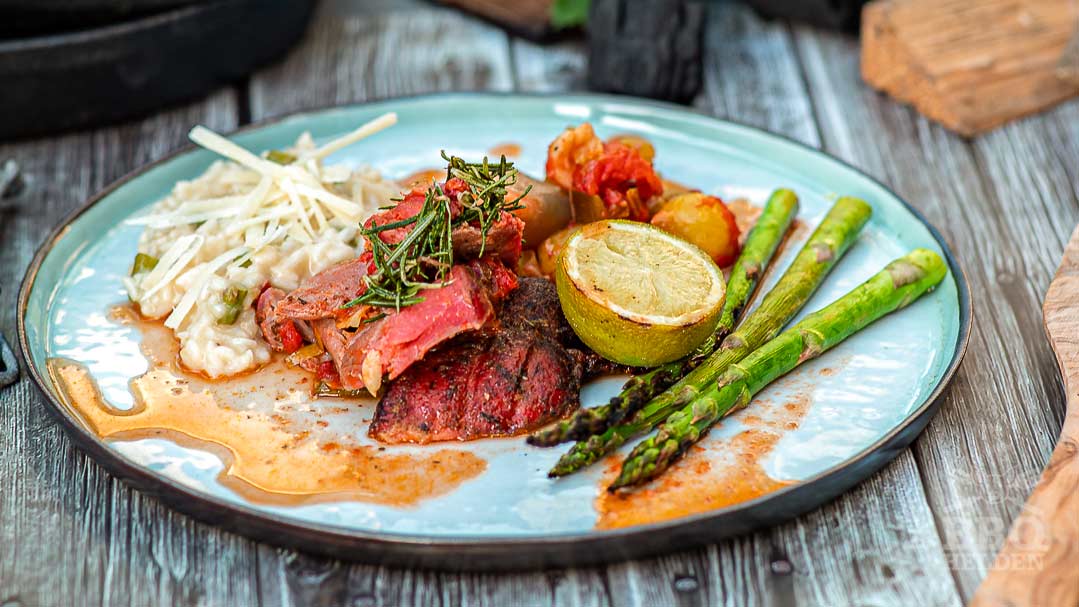 Roaming through the range of meat at the butcher, I am often looking for products that I have not used before. Lamb shank is such a beautiful piece of meat.

Lamb shank is ideal for making a stew. Since lamb already has a lot of flavor, I wanted to make a stew without excess flavor additives. So this time, no stew with wine or beer. Despite that, this stew turned out to be a taste bomb in which all senses are put to work.

In addition to a stew without a laundry list of ingredients, I thought it would be fun to prepare it in a skillet. Usually, the Dutch oven is used for this, but I can imagine that not everyone has one. If you own a skillet, I would definitely read on.

My 25 cm skillet was almost full to the brim, but it had three shanks in it, weighing 1.3 kilos in total. This turned out to be enough for at least 6 people. If you are going to prepare it for two people with 1 lamb shank, it is entirely doable with a skillet of a size smaller. 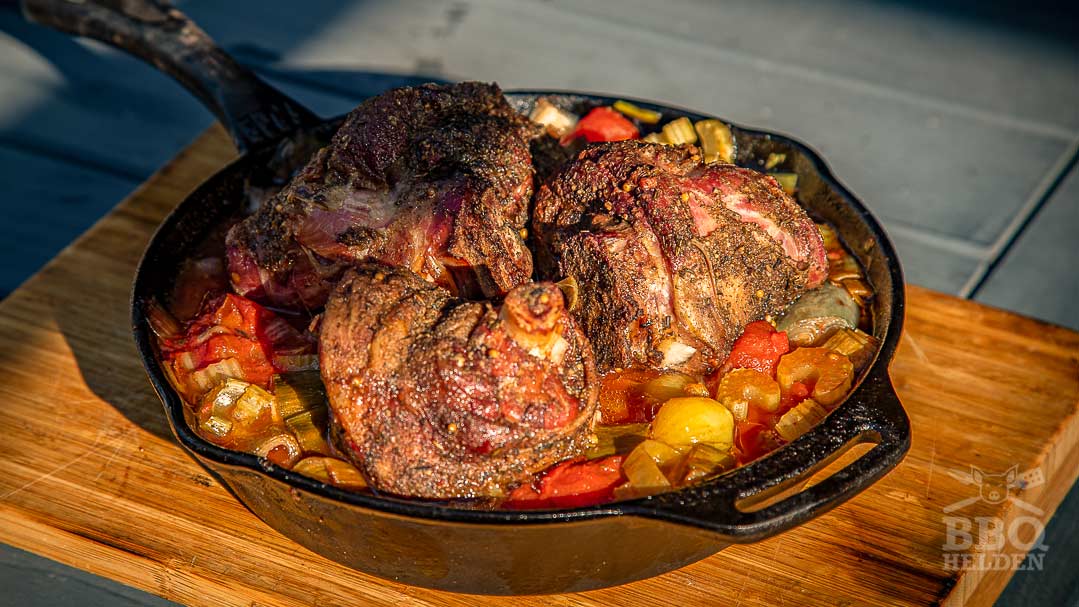 There is a thin membrane around the shank. This ensures that the meat stays together nicely. I had removed it from one of the three, but that is actually not necessary. The bone in the shank provides flavor and heat conduction, so we only remove it when serving. 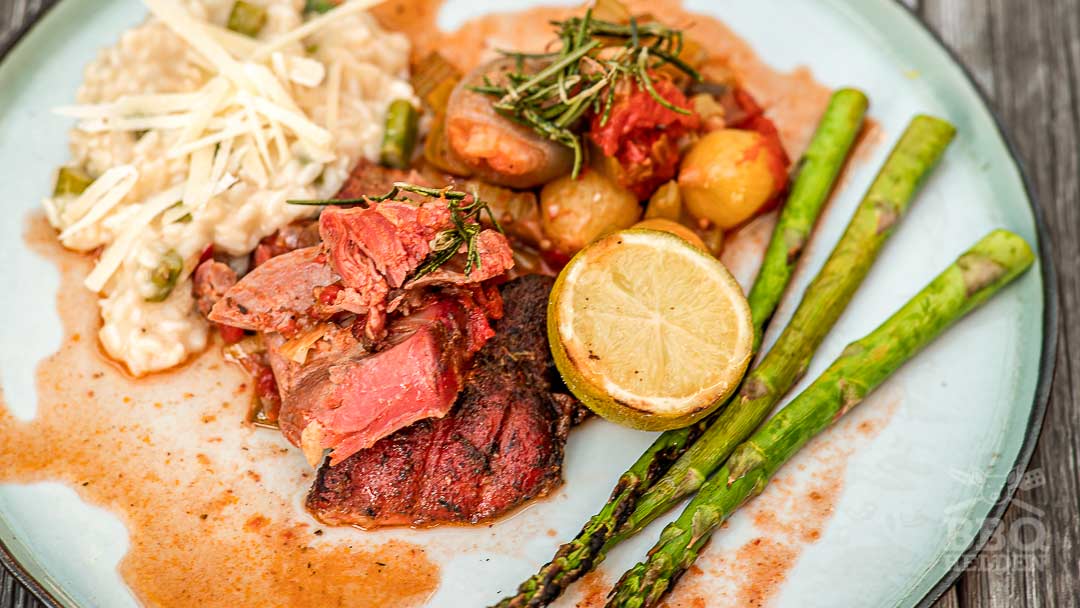 We will not bind this stew, so you will soon be serving deliciously tender lamb with cooked vegetables. You will be left with the bone and liquid. The long cooking time is a good excuse to relax in the garden or on the couch with your legs up.