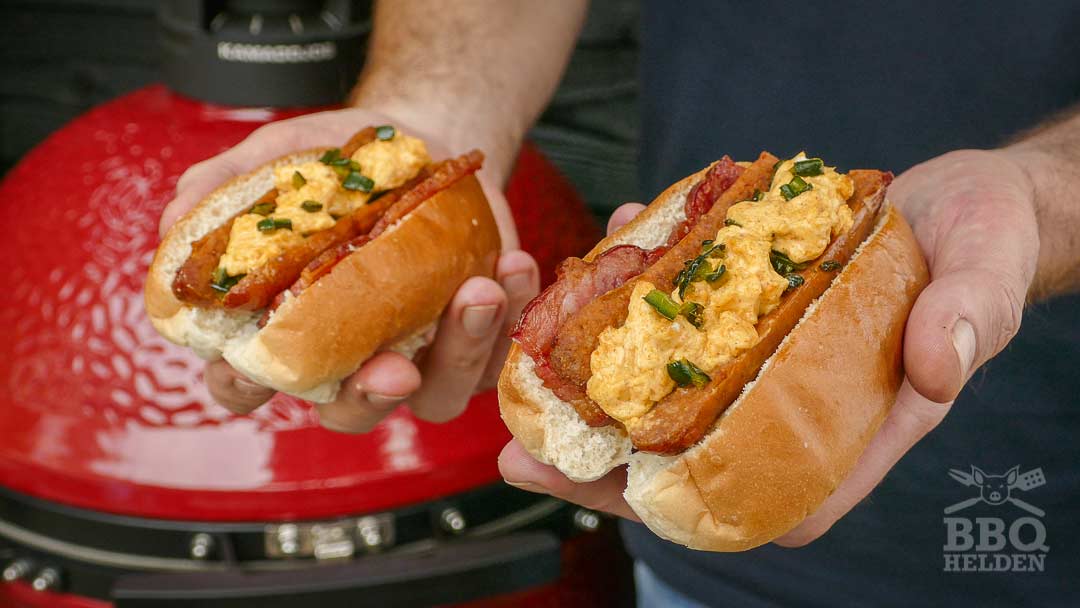 Jalapeño poppers are arguably the best barbecue snack around. Poppers are a mild (sometimes not) green pepper filled with cheese and wrapped in bacon. As a snack, this is a brilliant invention. But what if you just need a little more than a small snack? Eat more, you would say. We made a jalapeño hot dog.

We don’t often eat hot dogs, but when we do, we make it something special. So we converted the jalapeño popper into a hot dog. Perfect for lunch. By the way, don’t take ordinary frankfurters for these sandwiches, but serious sausages. 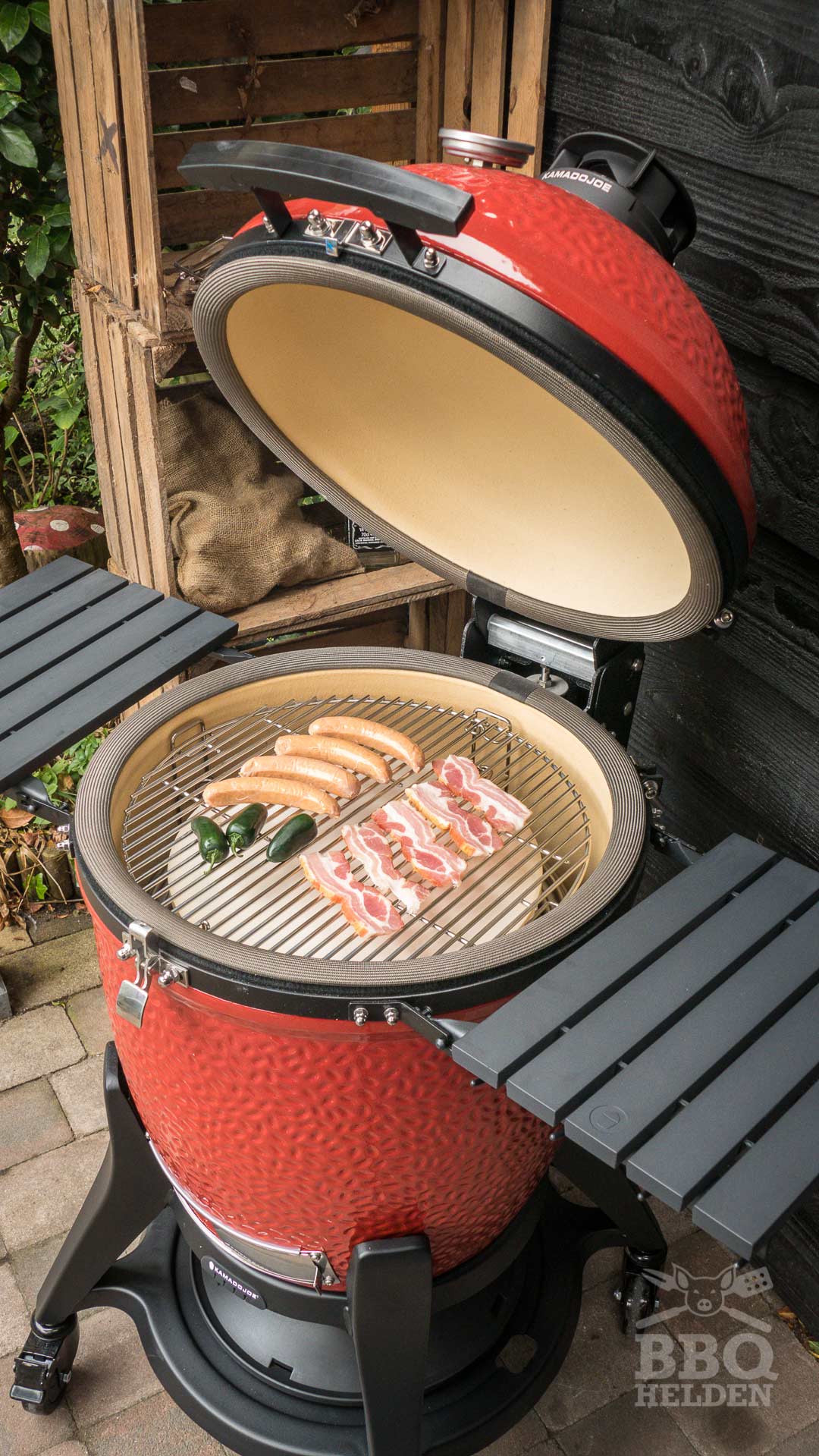 The first thing we do is indirectly heat the sausages, bacon, and jalapeño peppers. These sausages are delicious sausages from Livar. Livar pigs are free-range pigs from the south of The Netherlands. If we make hot dogs, we will do it right. We made the bacon and bought the jalapeños ourselves.

We got our new Kamado Joe Classic 3 last week, so we had to make it dirty. Of course, such a beautiful kamado invites you to prepare something spectacular, but we always start with something small. Maybe to get it dirty as slowly as possible.

When the smoke can be seen in the ceramic, it doesn’t matter anymore. It’s basically like a new car. You would prefer to take off your shoes to keep the mats clean, but if you are 2 months further on, you just get into the car with your mud-covered shoes. Let’s see how long it last this time. 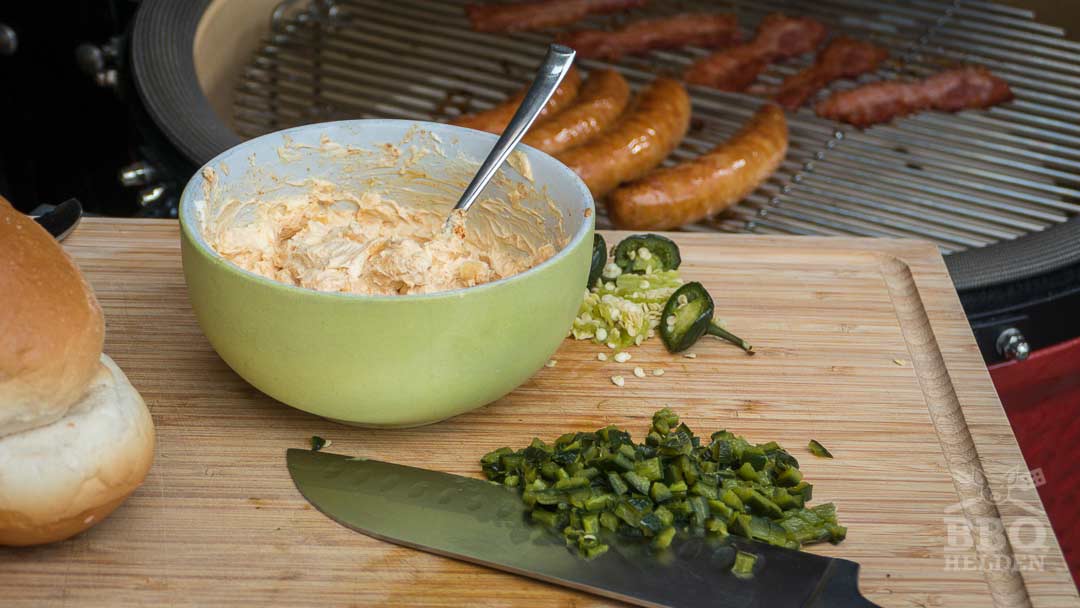 We cook the sausages, bacon, and peppers indirectly at about 150°C (300F). The peppers will become nice and soft, and the bacon a nice golden brown. We remove the seeds and seeds from the jalapeños. If you are a bit more adventurous, mix a little with the chopped peppers. Or you just put them in the hot dog for that special friend. Always funny. 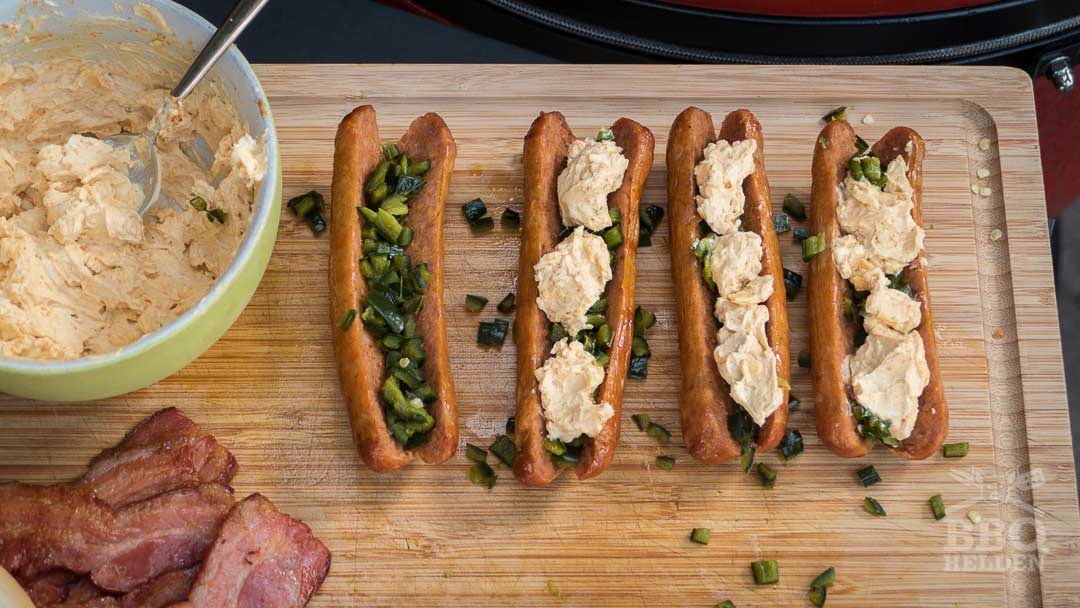 This is how we fill the sausages. You first cut them in half and then divide the chopped peppers over the sausages. Then take a large scoop of the cream cheese mix ad it on top. The cream cheese will not or hardly melt, so you can scoop it nice and high. Or you should not like cheese, of course, but then you better start making something else. 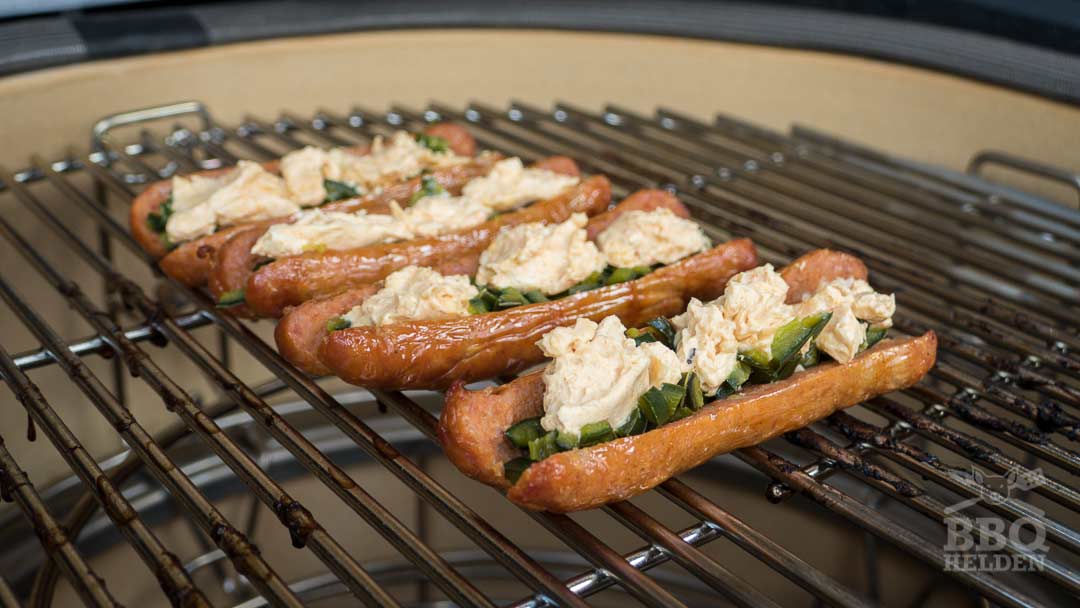 Now we remove the plate setter from the Joe so that we can grill the sausages a bit more. Place them very carefully on the wire rack so that they don’t roll over, or come apart. Then the filling lies at the bottom of the grill, and that would be a shame. 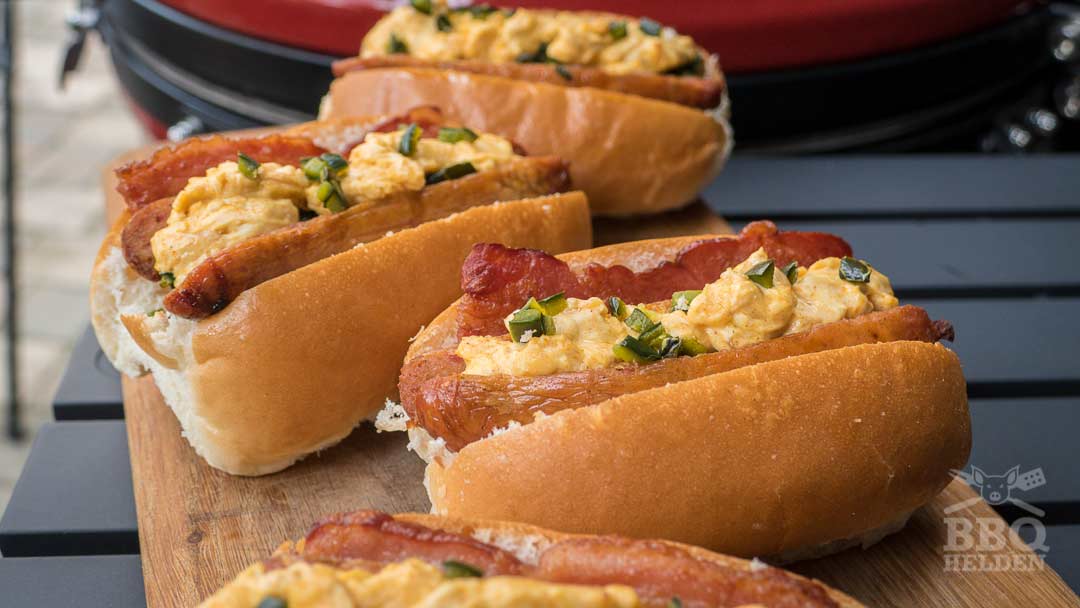 The sausages are ready when the cream cheese has turned dark yellow. Then you can make the hot dogs with a slice of bacon and the stuffed sausage. If you’re lucky, you have remembered which sandwich is the spiciest. Otherwise, you can play Russian roulette.