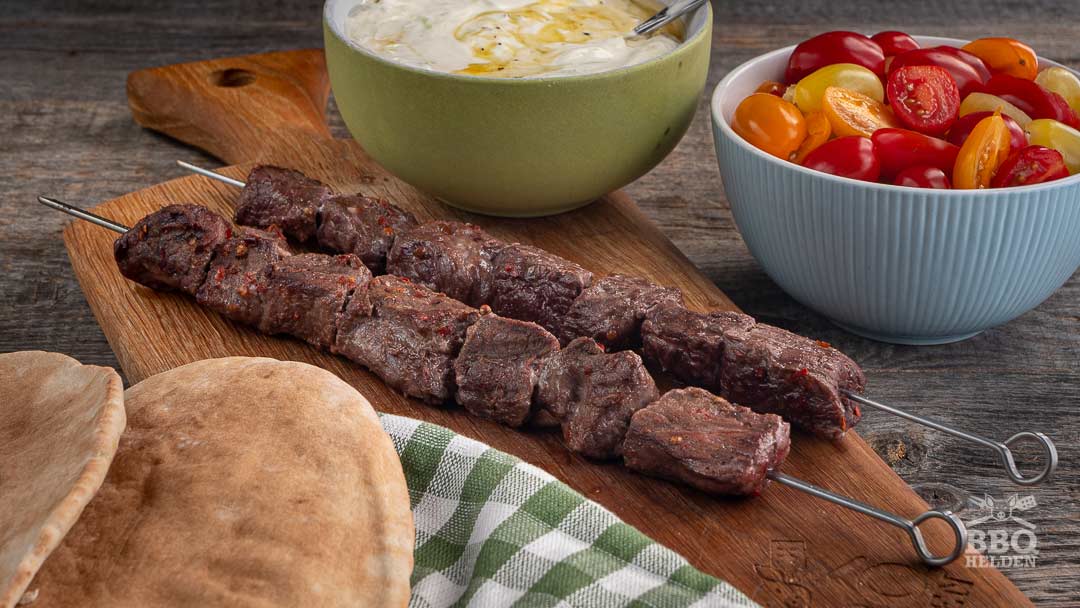 We like to throw some game on the grill this time of year. We actually do that too little while we really enjoy it. We were asked for recipes with venison so let’s start with that. 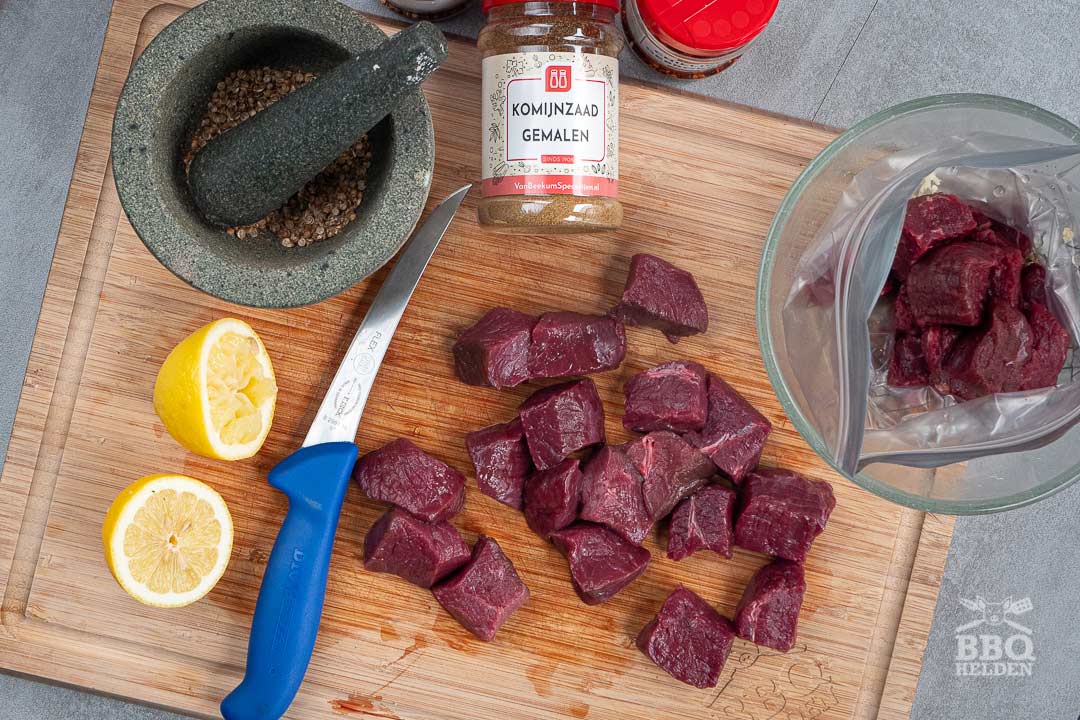 It is important that you cut the pieces of venison in approximately the same size. This will make it easier to grill. We keep the cubes about 2 cm thick. Not smaller, because then it is challenging to get the meat medium-rare.

This venison tenderloin has a beautiful blood flow and is dark red. This is quality meat, and you can taste that. That’s why we keep the marinade simple and only use some garlic in addition to the cumin and coriander. Primarily the cumin provides a warm cinnamon-like taste. 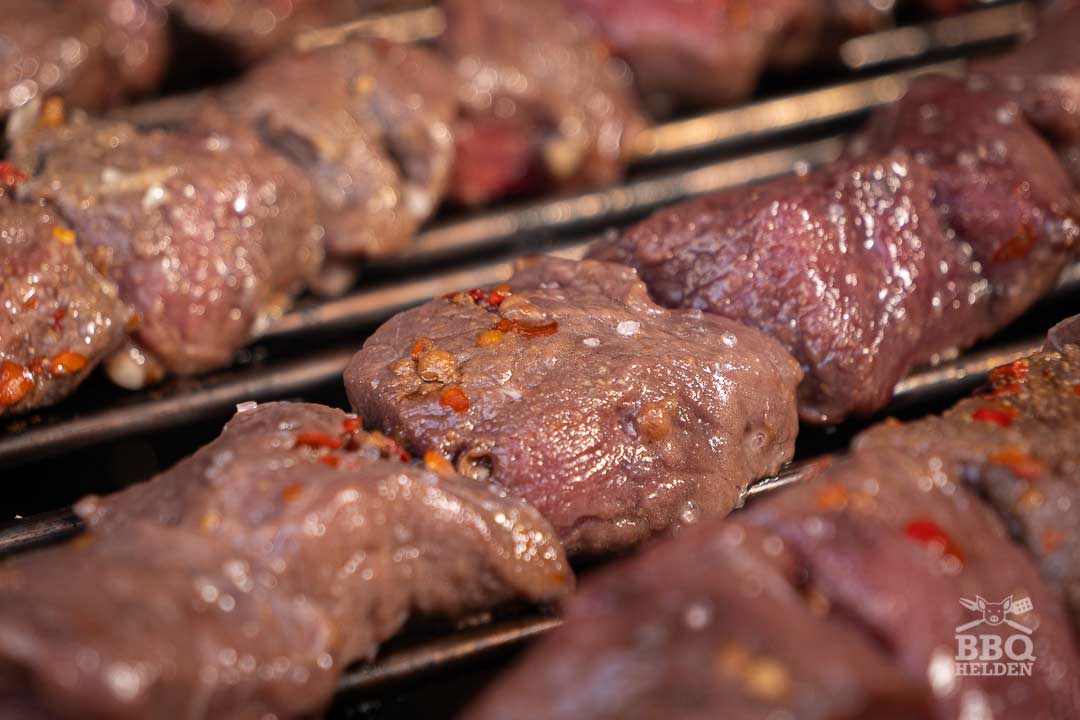 Before this venison kebab is grilled, we sprinkle the meat with some coarse salt. We deliberately don’t add salt to the marinade because otherwise, the soft meat will become too salty, and we no longer taste the venison. 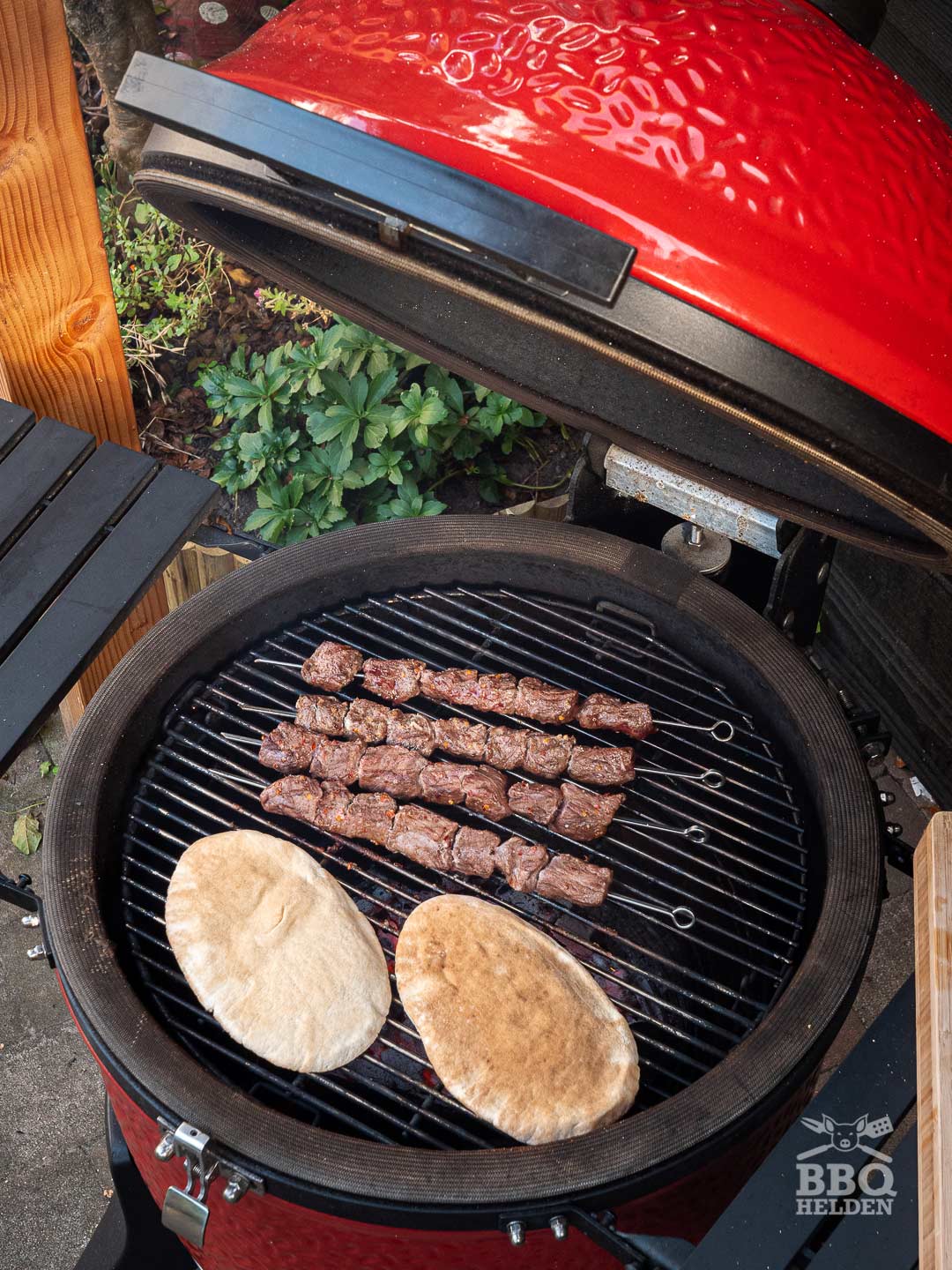 We also throw a few pitas on the grates when grilling the venison kebab. You can buy this bread at any supermarket, but you can easily make it yourself.

This is our venison kebab. Serve it with the pita bread, the cucumber sauce and some tomatoes, and you have a delicious sandwich. If you’re going to make this venison kebab, let us know in the comments below. Or better! Take a photo and post it on Instagram. Tag @bbq.heroes so we can see what you made.