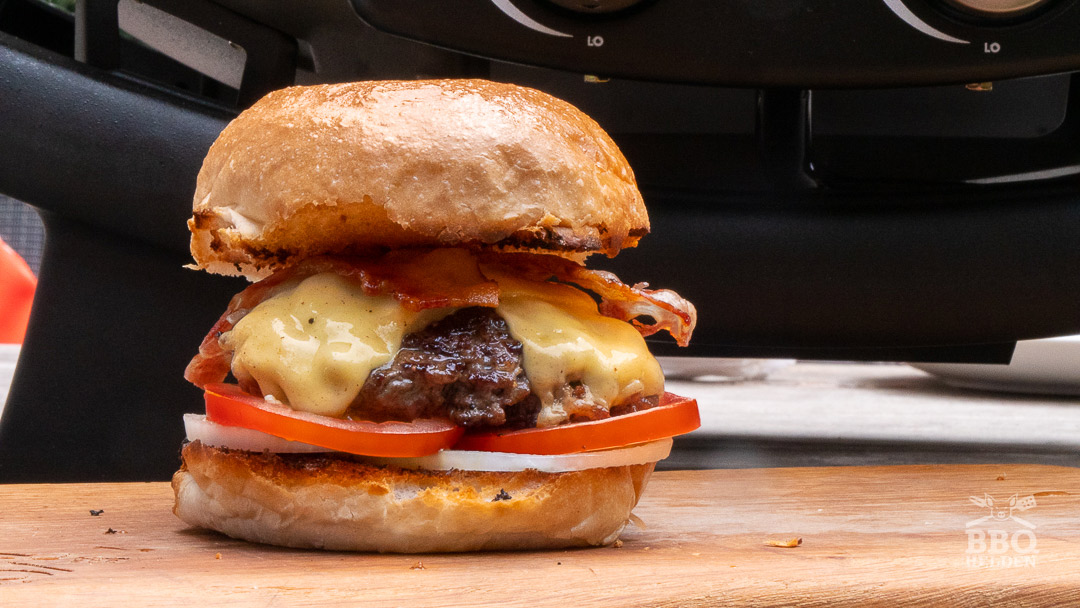 People often think too difficult about making a good cheeseburger. Or too easy. It’s all about who’s thinking we think.

The basis of a good burger is good meat and the right cheese. After that, it’s a matter of grilling. But we have an extra ingredient that you probably haven’t thought of. And that’s mustard. This gives this classic cheeseburger the perfect taste.

When you have divided the minced meat, first make 4 balls. You carefully press these balls into a pattie on a piece of baking paper. Make sure the pattie is just a little bigger than the hamburger buns you’ve bought. Because the burger will shrink slightly during preparation, you don’t want your buns to be bigger than your burger. That just doesn’t look right.

To prevent your burger from falling apart on the barbecue, we let them stiffen in the fridge. That’s all you need for a good burger. 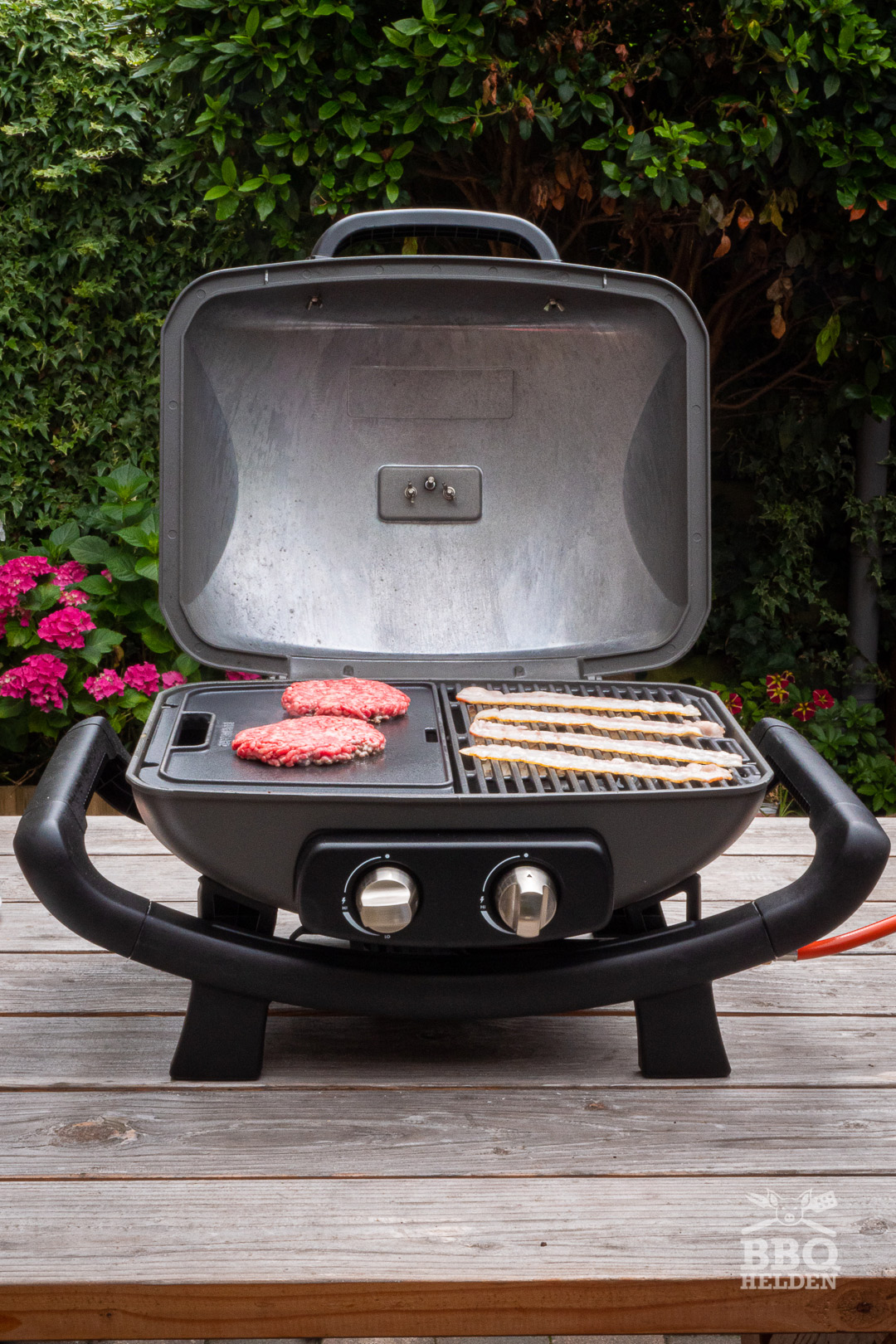 We grill these cheeseburgers on a table model gas barbecue with two gas burners so that we can create two different zones. This is convenient, because we want to cook the bacon at a different temperature than the burgers. That is why we put the gas tap on the left fully open and the right gas tap on the lowest position. 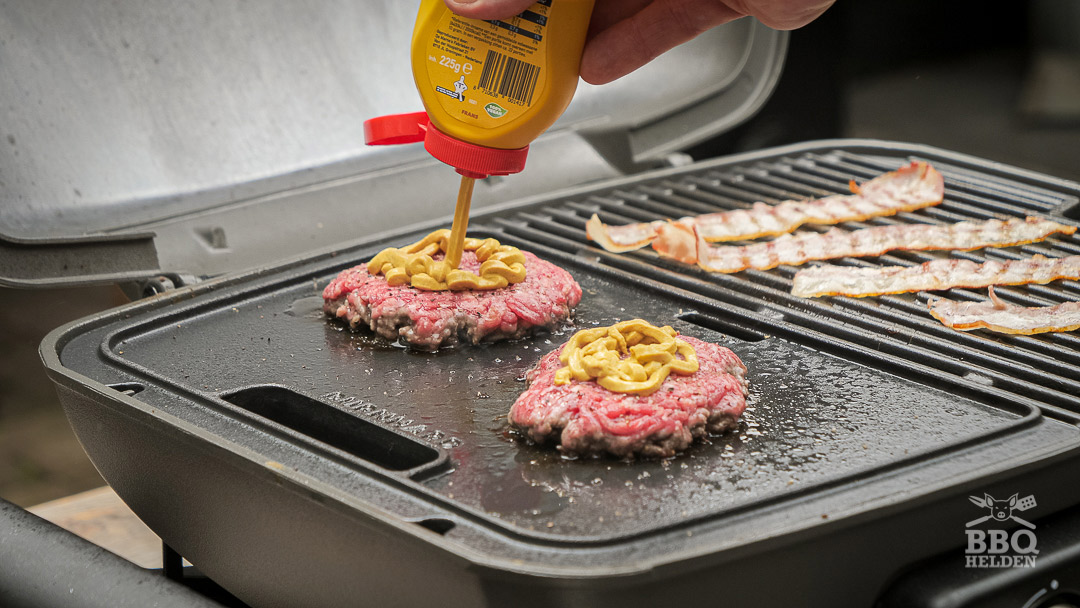 Here’s our trick to a great cheeseburger. Before turning them over, smear the top with mustard. That mustard then becomes the fat in which the burger continues to cook. The meat that’s still raw, absorbs the mustard flavour and forms a beautiful crust. 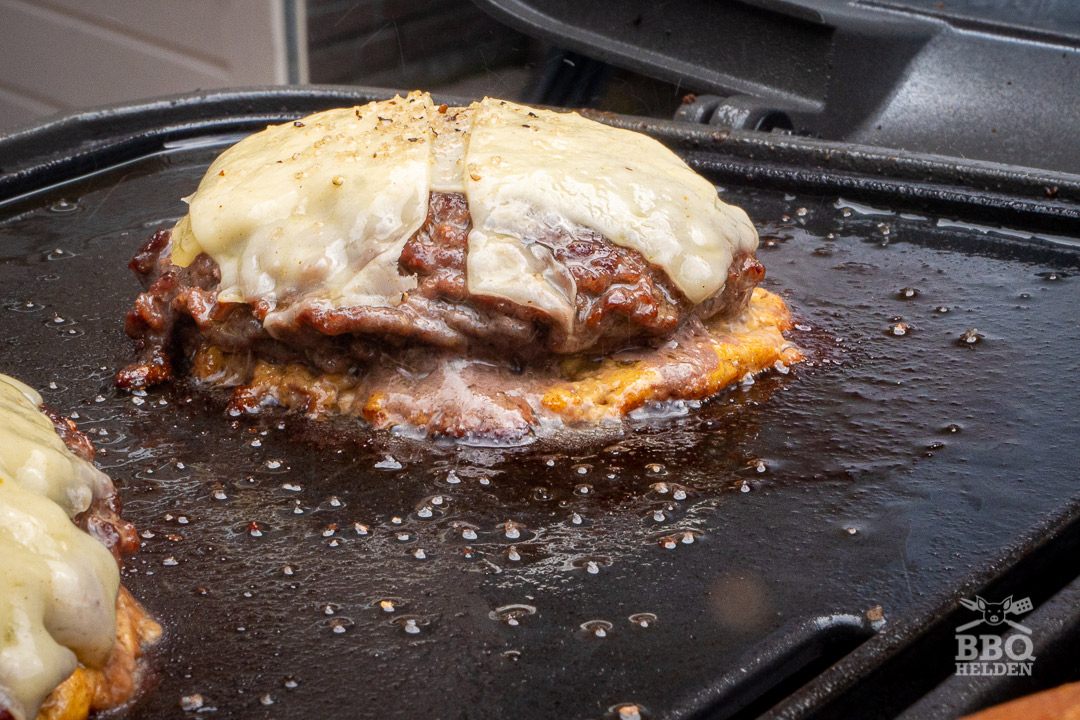 When the burger is flipped, we top it with cheese. And not with that American fake cheese. Of course it looks great, but we are Dutch, and Dutch cheese simply taste better. We use a few slices of Gouda. It melts almost as well and tastes like real cheese. 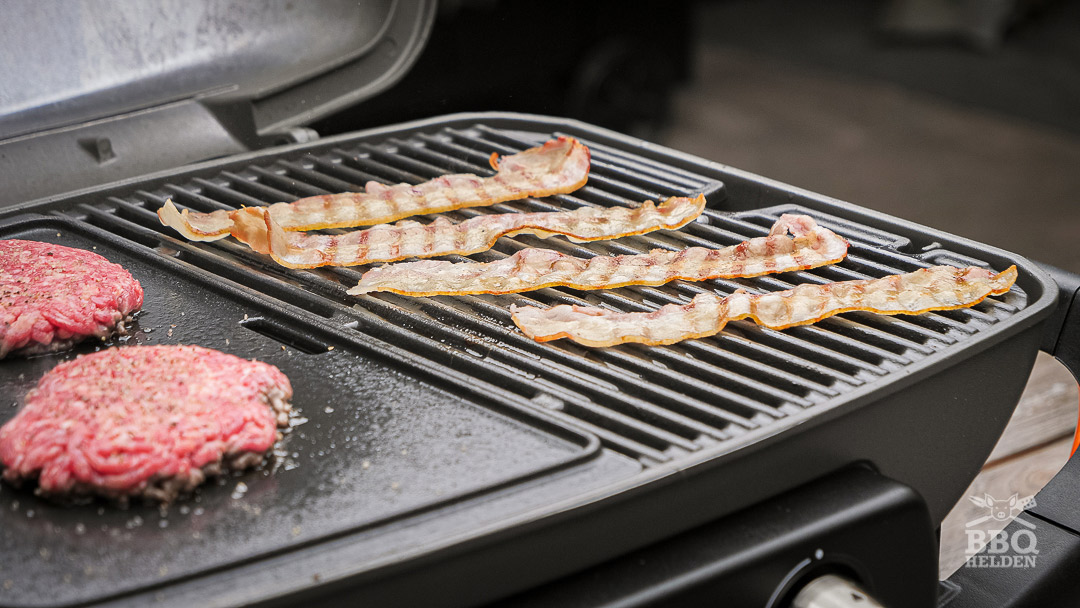 On the other side, we had put the strips of bacon. These turn golden brown and crispy at their lown pace. If you grilled these over hotter temperatures, they would have burned in no time. You remove the bacon strips from the grates if they are starting to turn golden brown. If you take them off the grid at that time, they will continue to cook a bit, and they will be perfect.

Now it’s just a matter of building the cheeseburger. You should know for yourself which order you follow. We go for onion, tomato, burger, bacon. Because as far as we’re concerned, that gives the most stable hamburger. You could start with the burger, but the top of the burger isn’t really a good base to pile the rest on. With the first bite, the tomato and onion pop out of your sandwich on the other side. 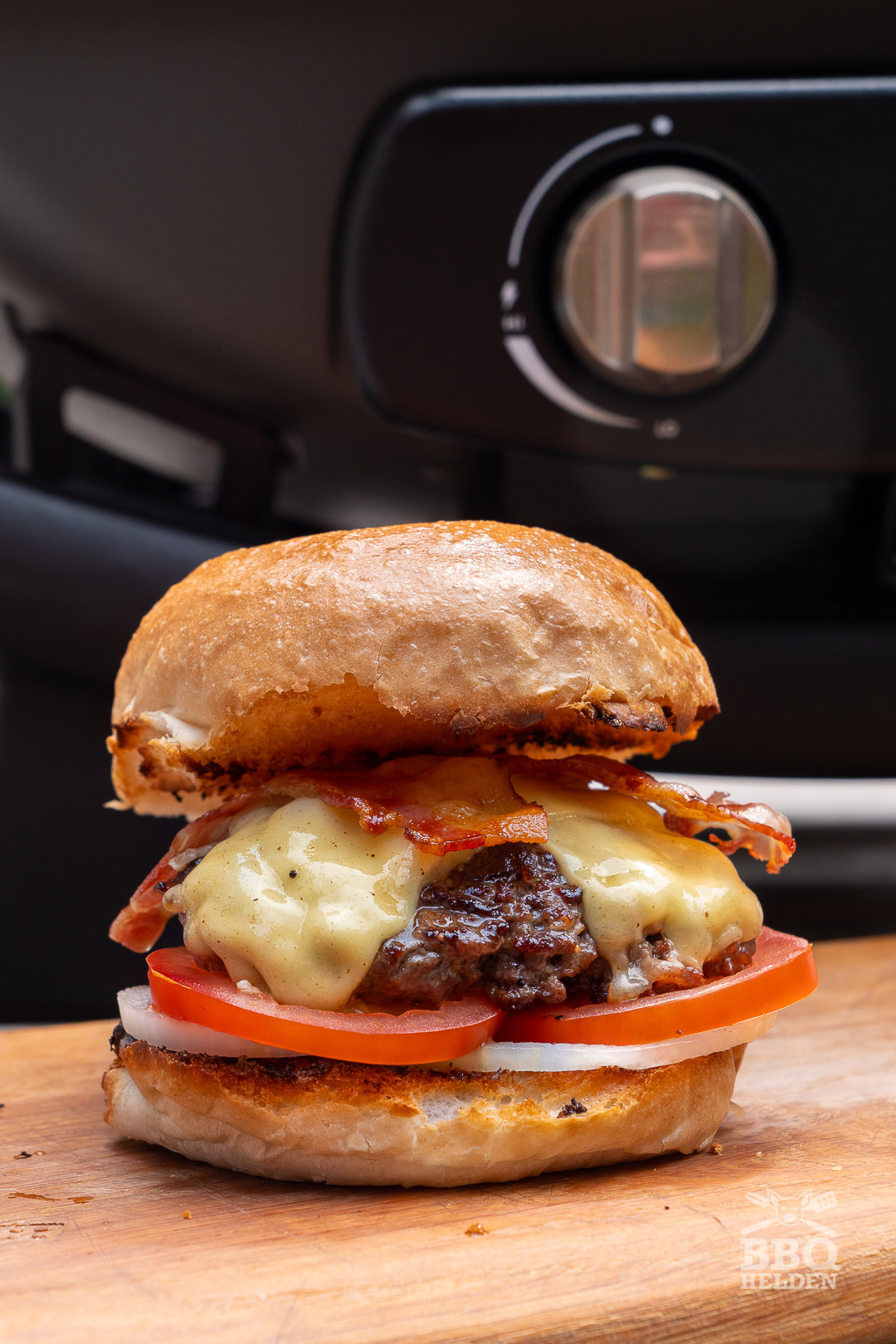