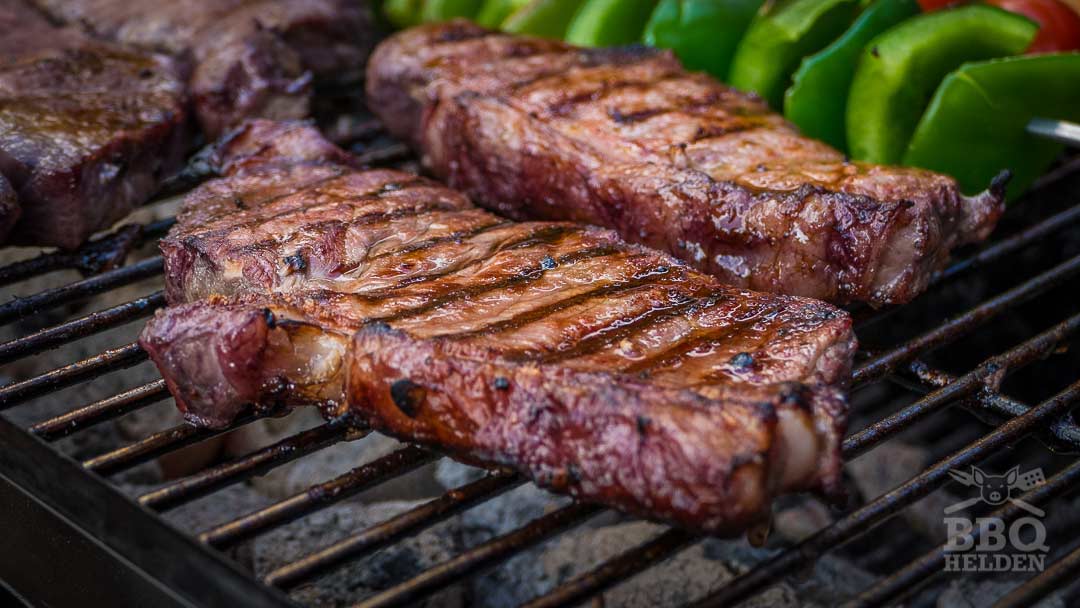 We found a few sirloin steaks in the freezer, and we had to do something with that. These steaks are called entrecote in the Netherlands. In America, they are known as sirloin steak, strip steak, or New York steak.

Of course, you can grill them with a little salt and pepper, but we don’t mind doing a bit more work. We have made a red wine marinade that might taste a bit Portuguese. That was the intention anyway. 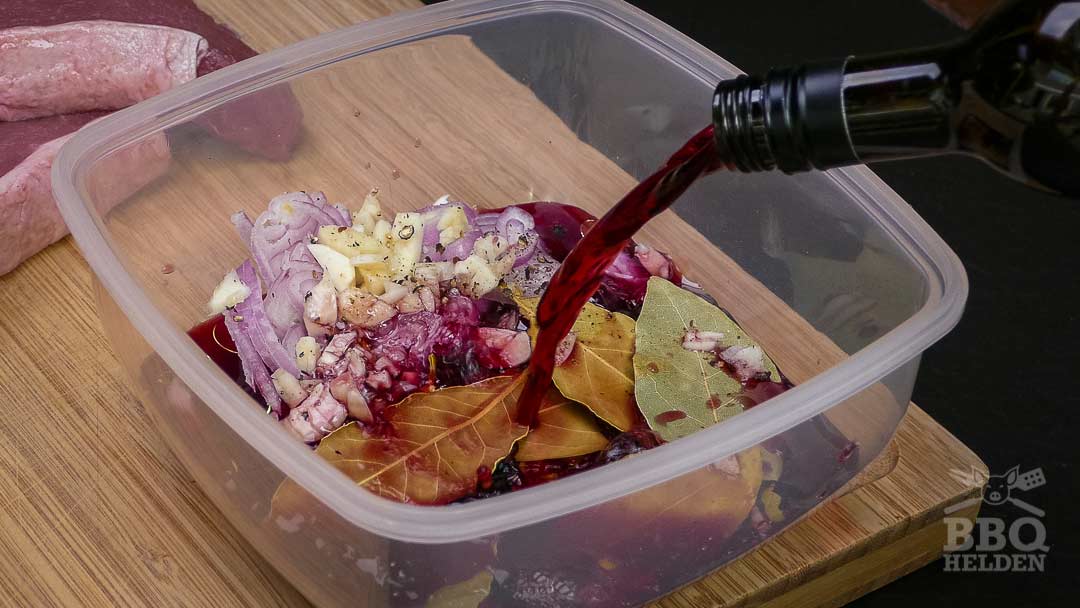 We have always wondered what the use of bay leaf was. It is mentioned in a lot of recipes. And especially in stews. But then we actually never taste it in the finished dish. In Portuguese recipes, they use a lot of bay leaves. Maybe that’s the best way to use it. 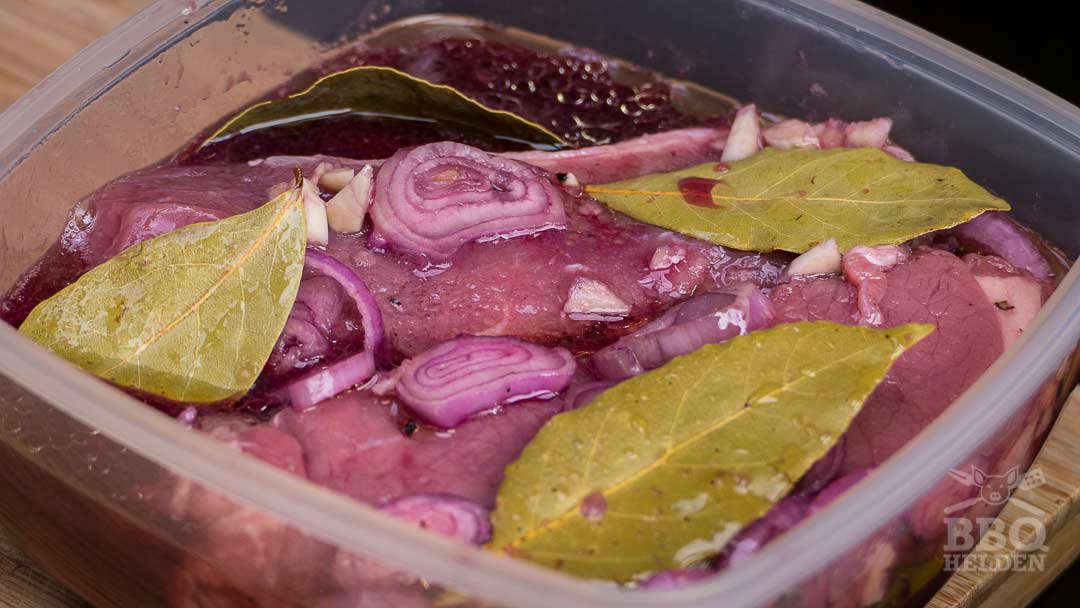 Let the sirloin steaks marinate for 2 to 4 hours. Marinating really only makes sense with thinner steaks. The marinade only absorbs a few millimeters into the meat. So marinating for longer doesn’t make much sense for the taste. The acids in the red wine and lemon juice, however, affect the structure of the meat. It makes the meat too soft, and that is not tasty. 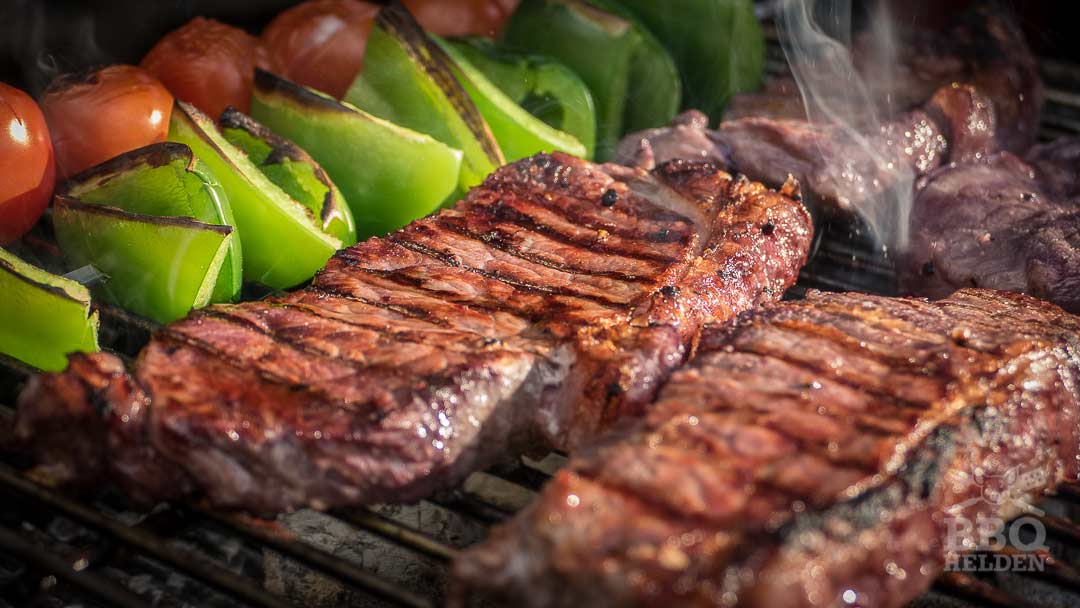 After marinating, pat the sirloin steaks dry with a paper towel. The Maillard reaction that ensures a nice crust is obtained faster when the surface is dry. After that, you can grill them over scalding hot coals. The thinner the steak, the hotter the grill.

Use a digital thermometer to measure the core temperature every now and then. We remove the steaks from the grid when they are medium-rare. For beef that is 55°C (130F). While resting, sprinkle the steaks with some coarse salt.