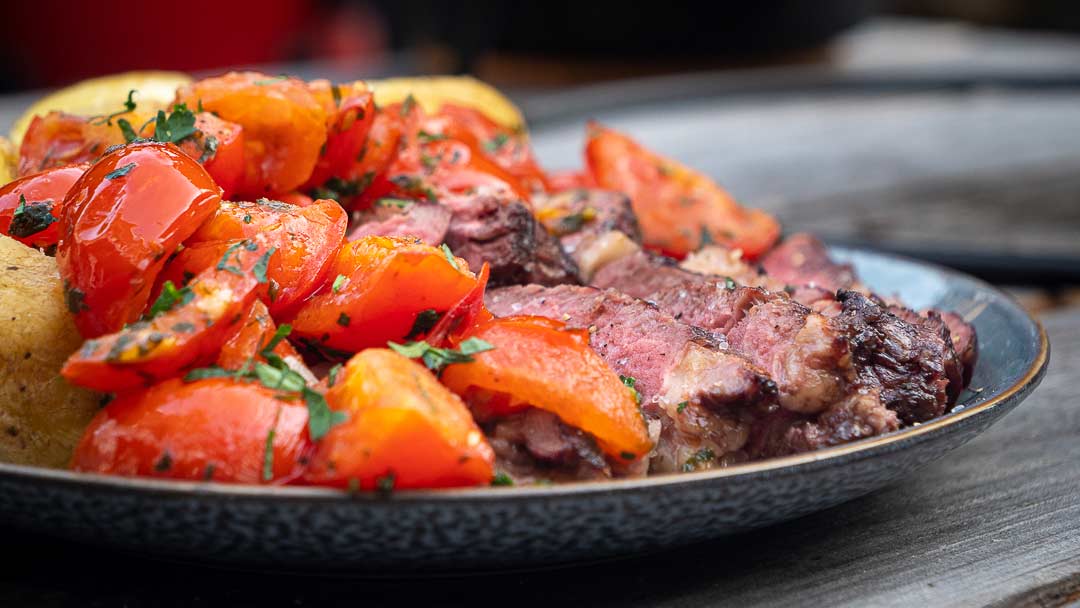 We know summer is over. But we hope to have a lovely late summer. Garden lights on and a sweater nearby and then a whole evening in the garden with the grill on.

Then we have the perfect recipe for you. We spiced up a fantastic ribeye with a coarse ketchup, aka roasted tomatoes. We placed a few baked potatoes next to it, and the party was complete. 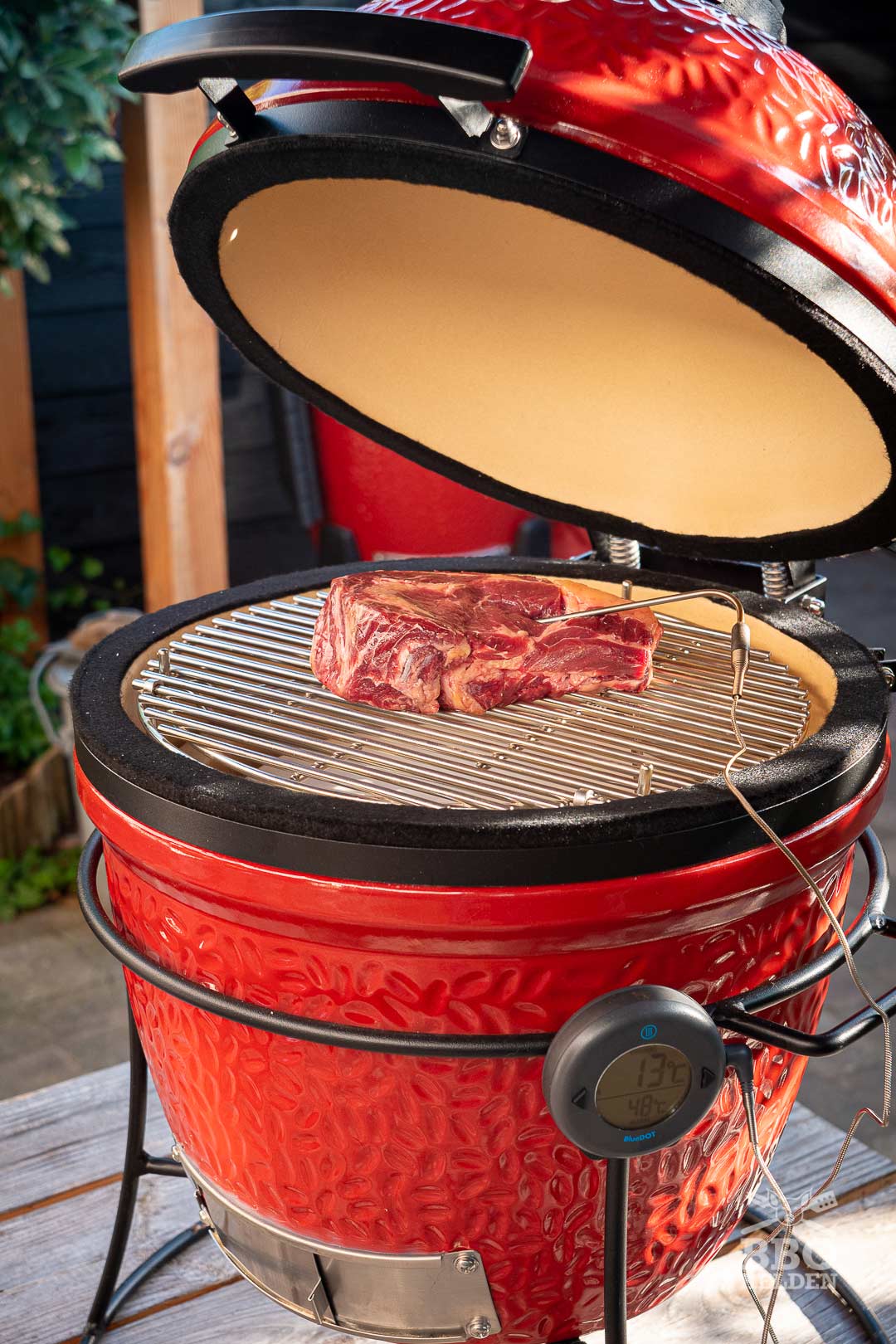 We first cook the steak to a core temperature of 48°C (118F). This method is called the reversed sear. This way, you have more control over the cooking of the meat, and the steak becomes beautifully medium-rare from edge to edge without the so-called bullseye effect.

Of course, you can barbecue by feel, but we prefer to go for a bit of certainty. So we use a digital thermometer. When the steak is 48°C (118F), we remove it from the grill. Then the meat can rest so that the moisture can be distributed back in the meat. That gives us plenty of time to grill the tomatoes. We have removed the plate setter and left the lower air slide all the way open. 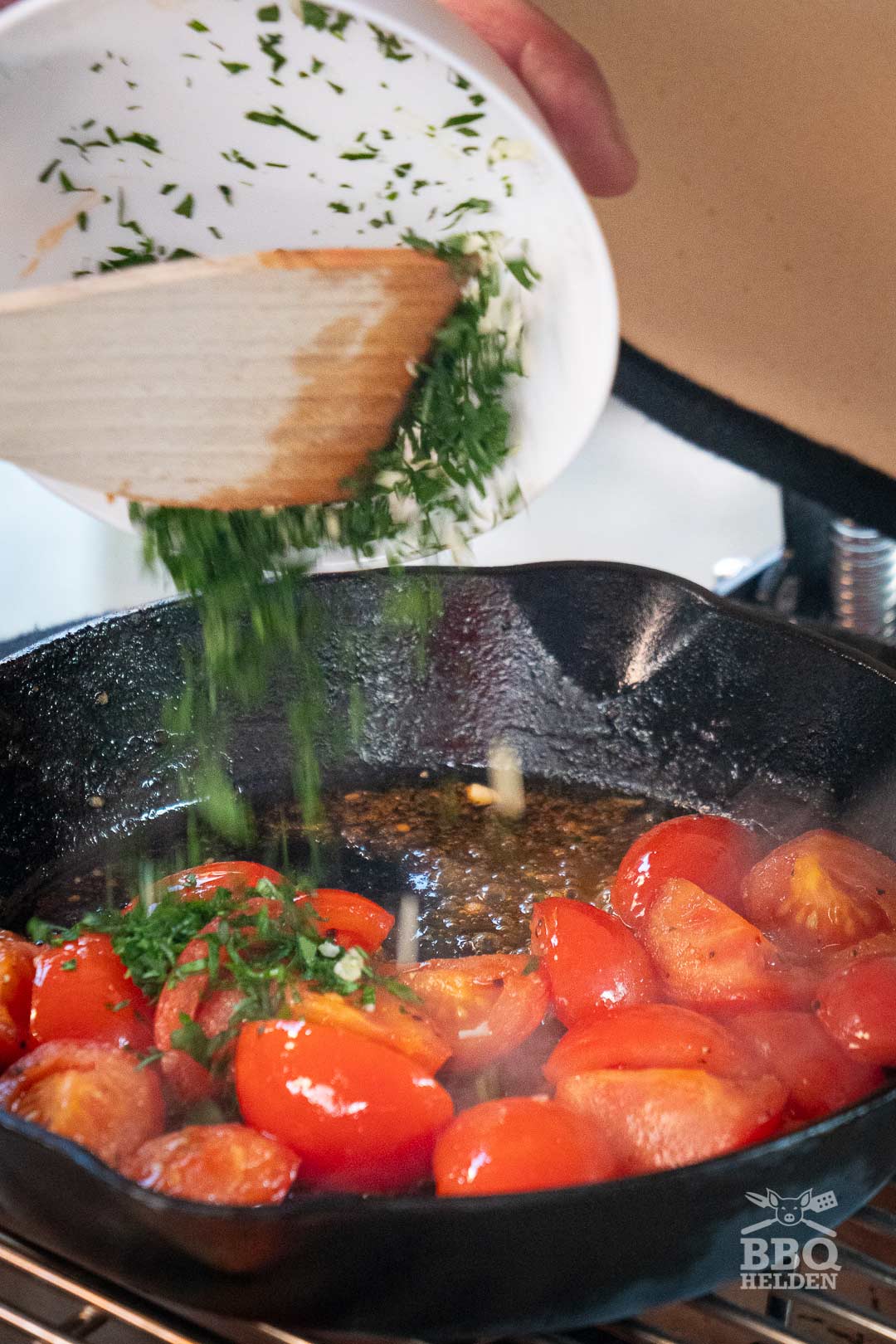 While the charcoal is given time to glow harder, we heat up the olive oil with the garlic. This way, the oil will absorb the garlic flavour without burning it. Then we can add the rest and roast the tomatoes until they have softened. 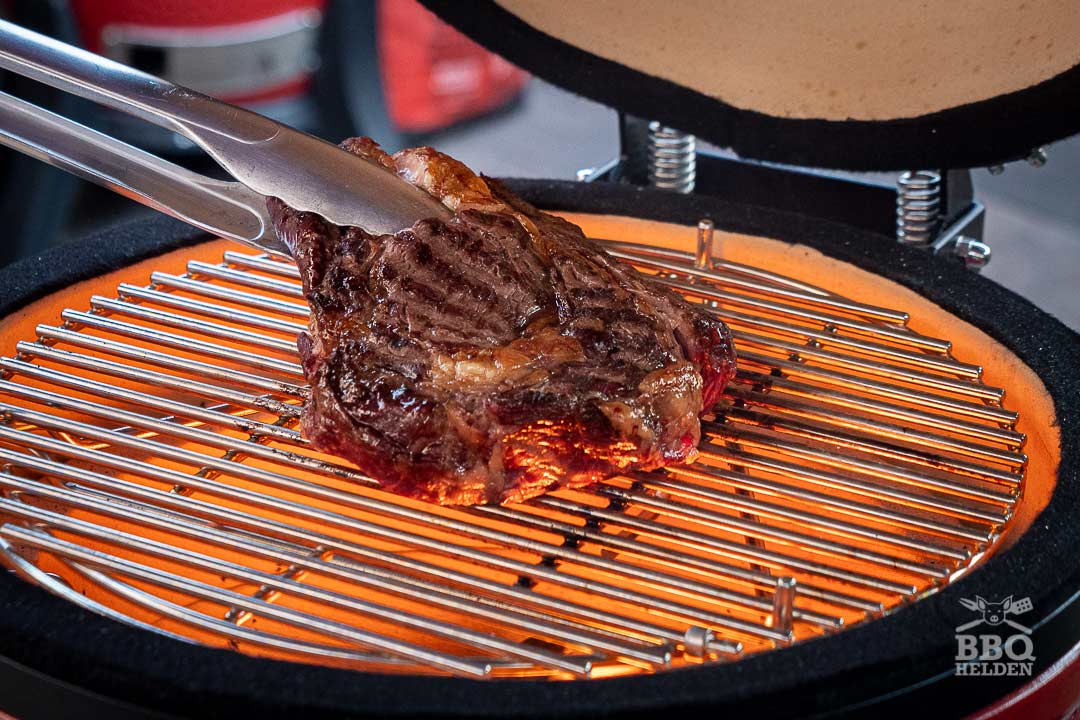 When the tomatoes are ready, we set them aside to grill the steak. You don’t have to worry about the tomatoes getting too cold in the meantime. They are blazing hot. We grill the ribeye on both sides until a nice crust is formed. Grill stripes are nice but really not important. 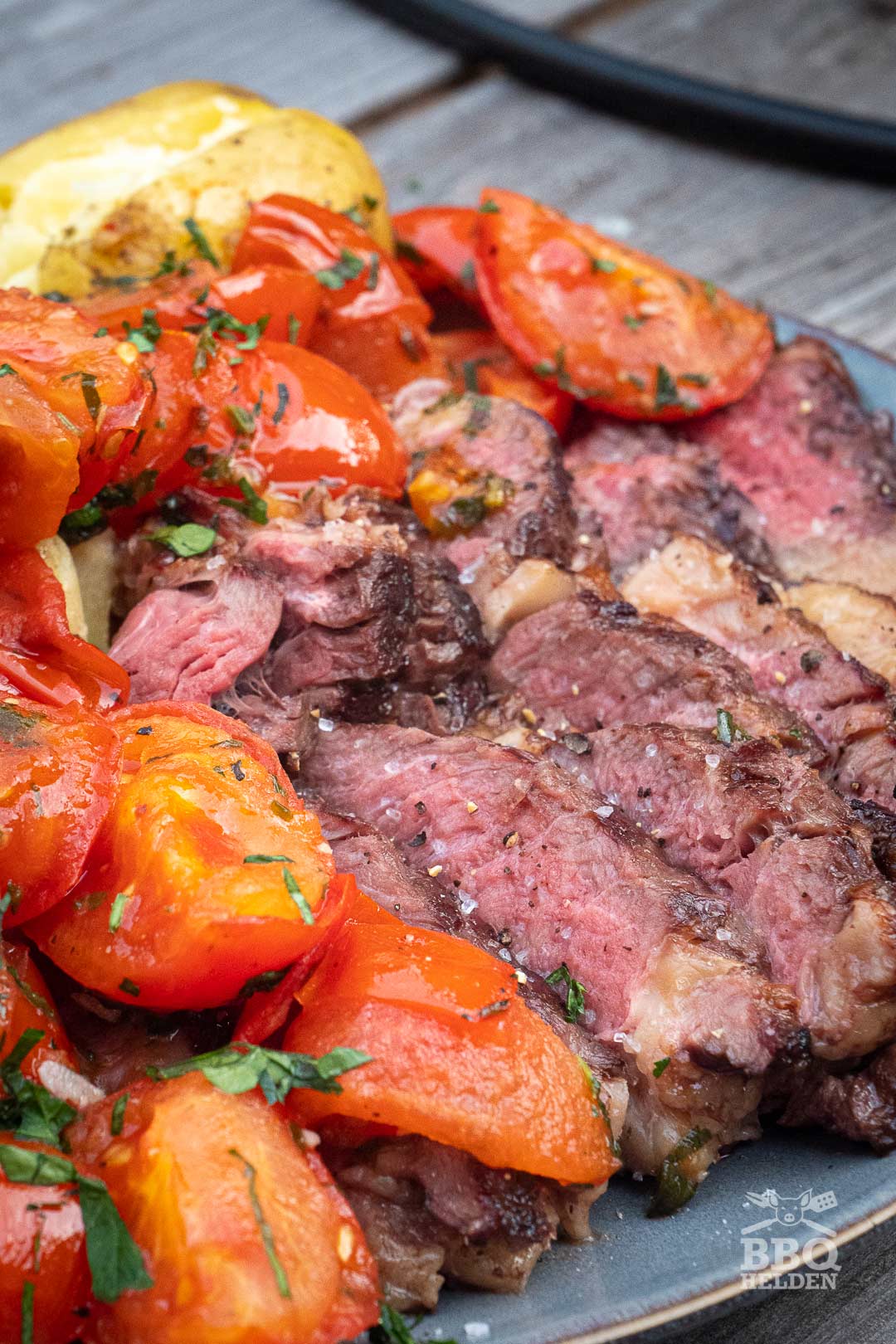 After grilling, you can immediately cut the ribeye into nice slices. We have baked a few potatoes with it, and you have a great meal.

If you’re going to try this, let us know in the comments below. Or better! Take a photo and post it on Instagram. Tag @bbq.heroes so we can see what you made.