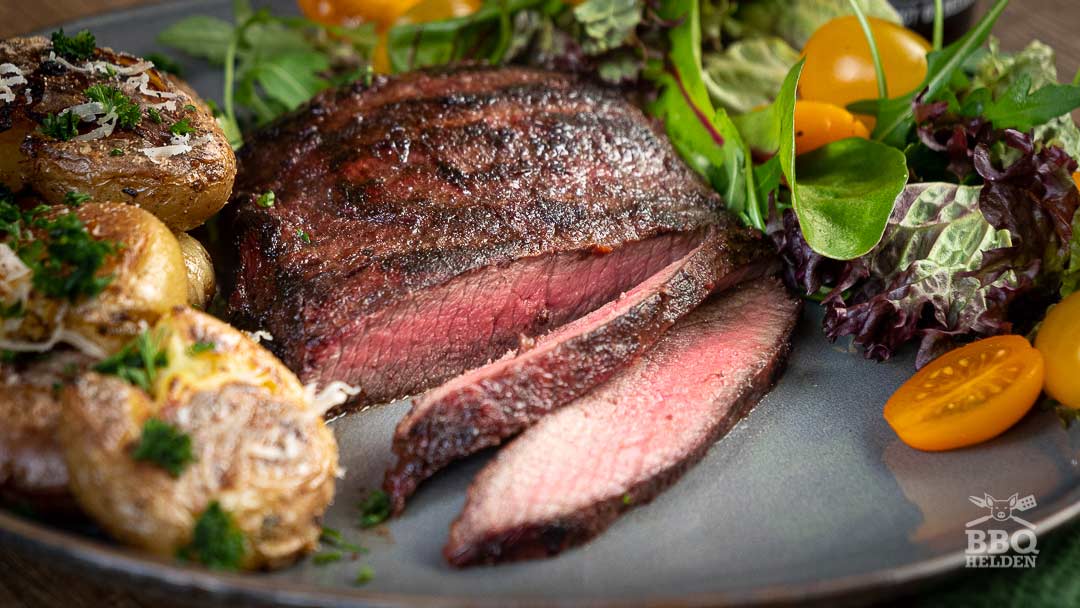 We are not opposed to a small experiment, and this was another successful one. We saw the ingredients of a ready-made olive tapenade and immediately saw a marinade in it. The only thing that was missing was some acidity to break down the surface texture, so the marinade absorbs better into the meat. We found that in a dash of balsamic vinegar.

By the way, you don’t see all our experiments end up on the website. Sometimes it’s just good but not memorable enough, and sometimes it’s not even good. 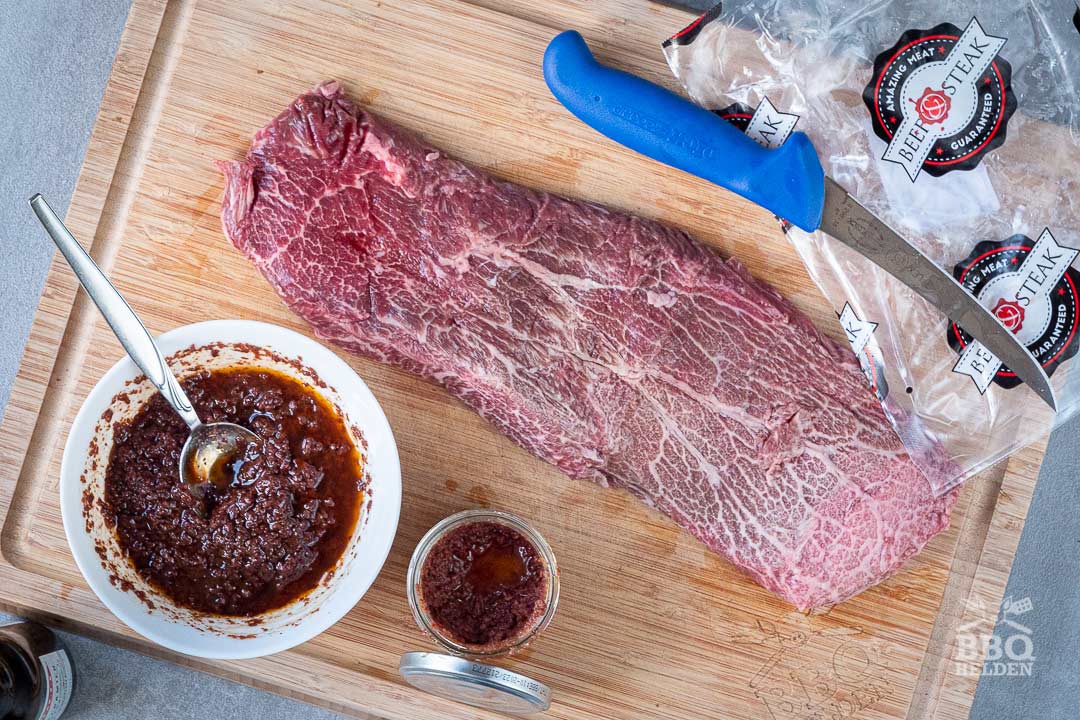 This is a Wagyu flat iron steak. Do you want to try Wagyu, but don’t put so little on the table that you can take one bite each, then go for the cheaper cuts like the flat iron. You could also try inside skirt. These cuts are delicious in their own right, but you serve something special because it’s Wagyu.

Before we get some comments from the purists among you, of course, a nice steak is delicious with just salt and pepper. But we have no problem making something delicious even better. 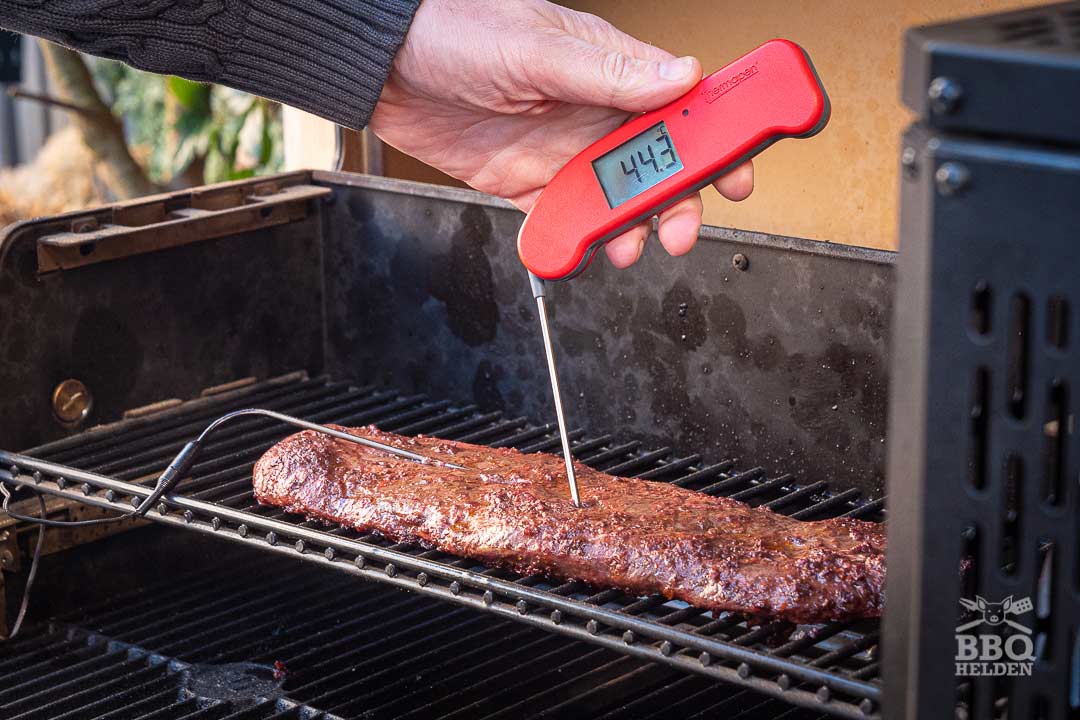 The marinated steak goes on the smoker, and we cook it low and slow to a core temperature of 48ºC (118F). Because a flat iron steak is a large and thin cut of meat, you can be sure that it will not be at the same core temperature from front to back.

That has several causes. The meat is not equally thick everywhere, but you also always have a hotter part in the smoker where the meat cooks faster. You also should not assume that the probe you have in your meat is in precisely the right place. This thermometer is only there for the first warning.

After that, you will always have to check in several places with the Thermapen to know how far the meat is. So it’s not that our Smoke thermometer gave the wrong temperature, but that we had the probe in the wrong place. 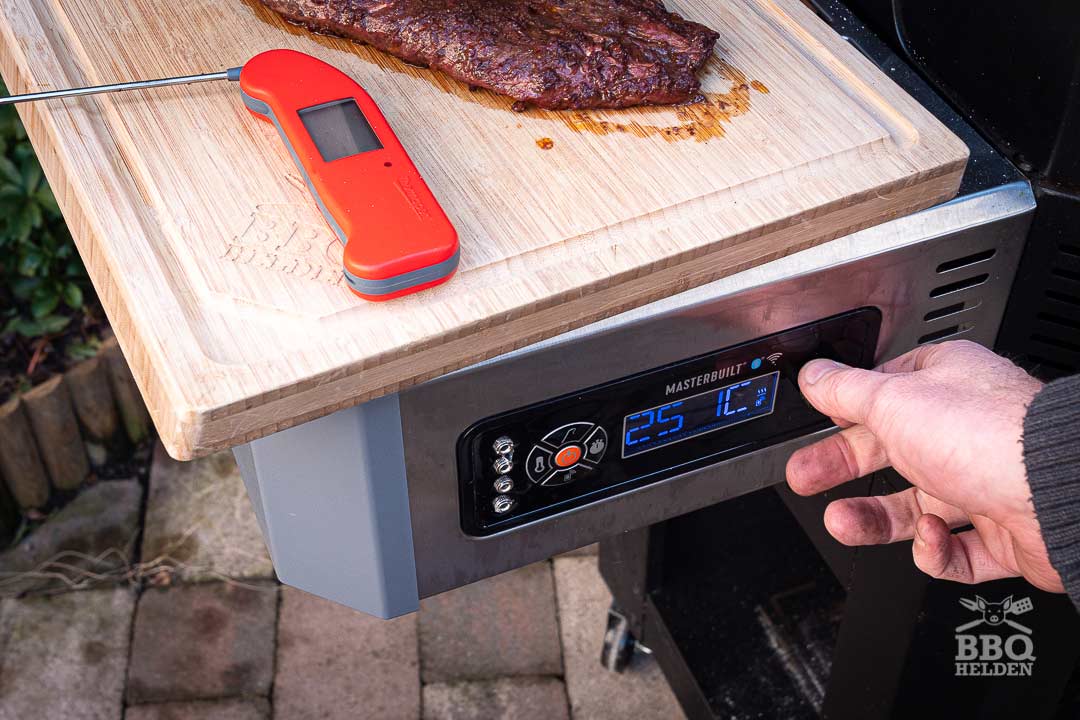 When the steak is resting, we convert the smoker for direct heat. We set the temperature to 250ºC (482F) and placed the cast iron grill plate. We then let it get hot. Of course, you could heat the grill even hotter, but that is not necessary with the grill plate. 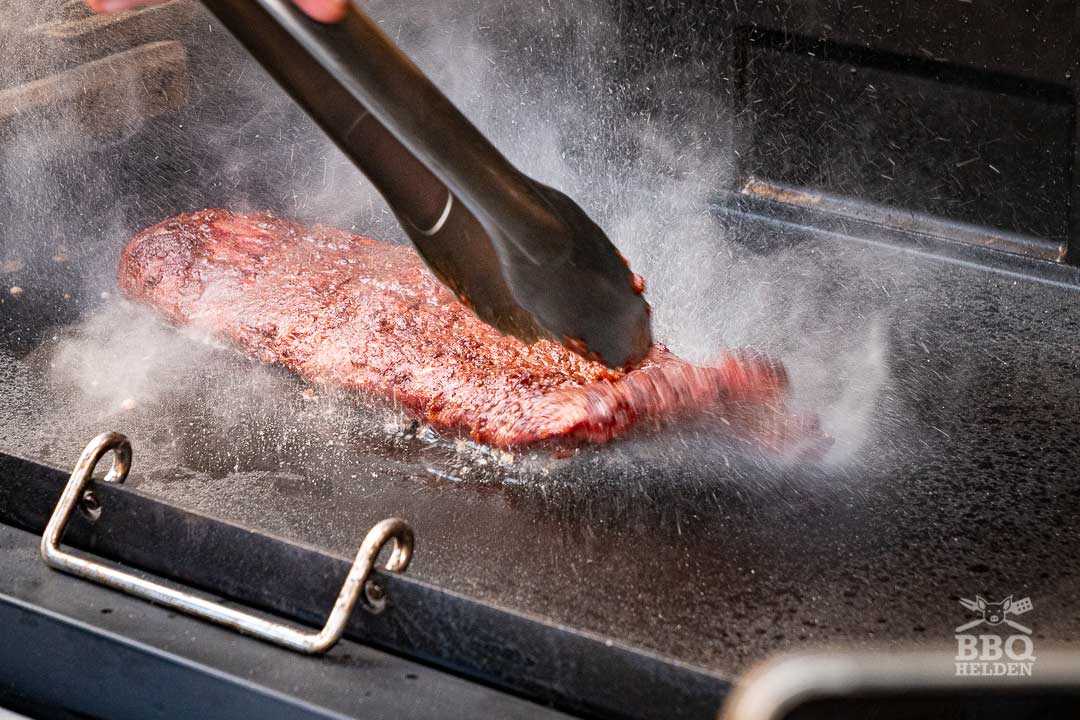 When the grill plate is hot, you can put the steak on it. You leave it sit until it comes loose from the grill plate on its own. That is when the crust is formed. Do not pull or scrape. All that happens is you destroy the crust, and you’re back to square one.

If you don’t have a grill plate with your grill, you can also use a large cast-iron skillet. Or a smaller one where you grill the steak in half. 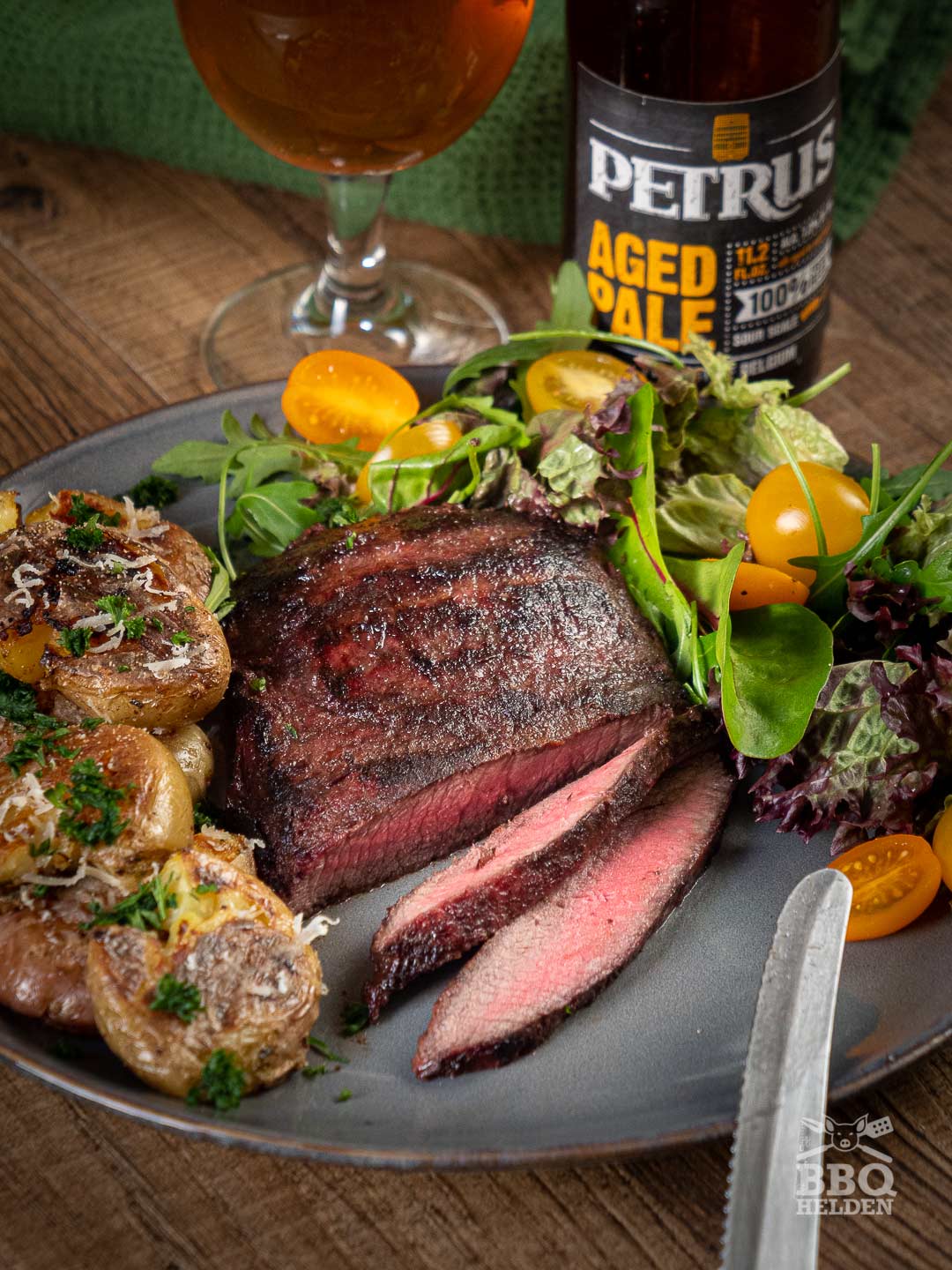 This is our flat iron steak marinated in olive tapenade. If you will try this too, let us know in a comment below. Or better! Take a photo and post it on Instagram. Tag @bbq.heroes so we can see what you made.