Dutch zuurvlees from the barbecue 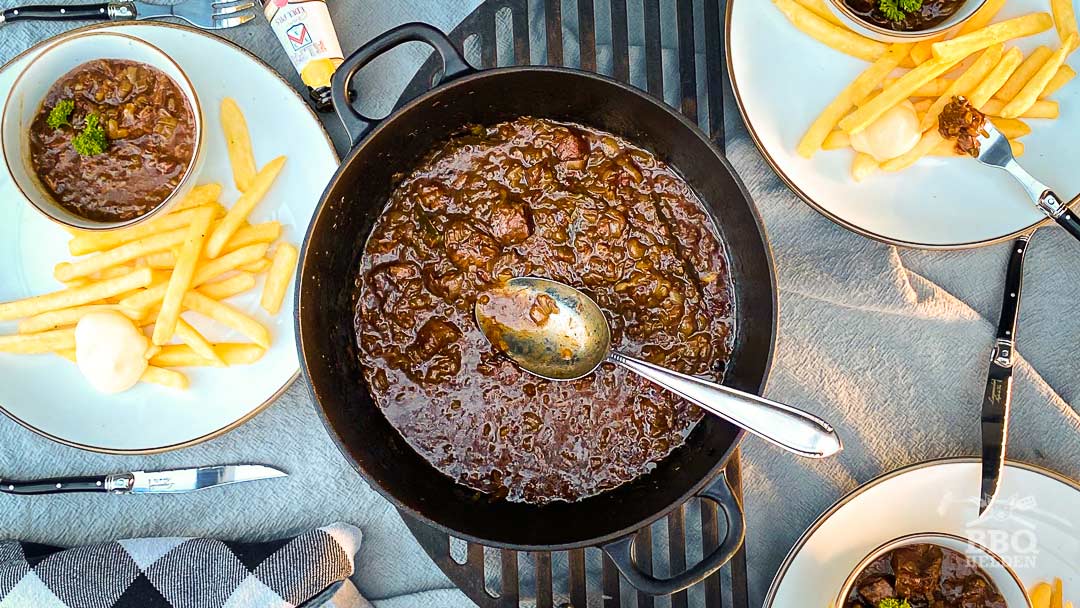 Dutch zuurvlees is a popular dish in the province of Limburg in the south of the Netherlands. Over there, it’s called Zoervleisj. A direct English translation would be sour meat. It’s a tasty stew that you can eat all year round and is not sour as the name suggests.

Sour meat or Zoervleisj will be prepared slightly differently in every Limburg region and kitchen. After various preparations according to several recipes and tasting several times in Limburg, the recipe below is a good basis. Take advantage of this and be surprised. 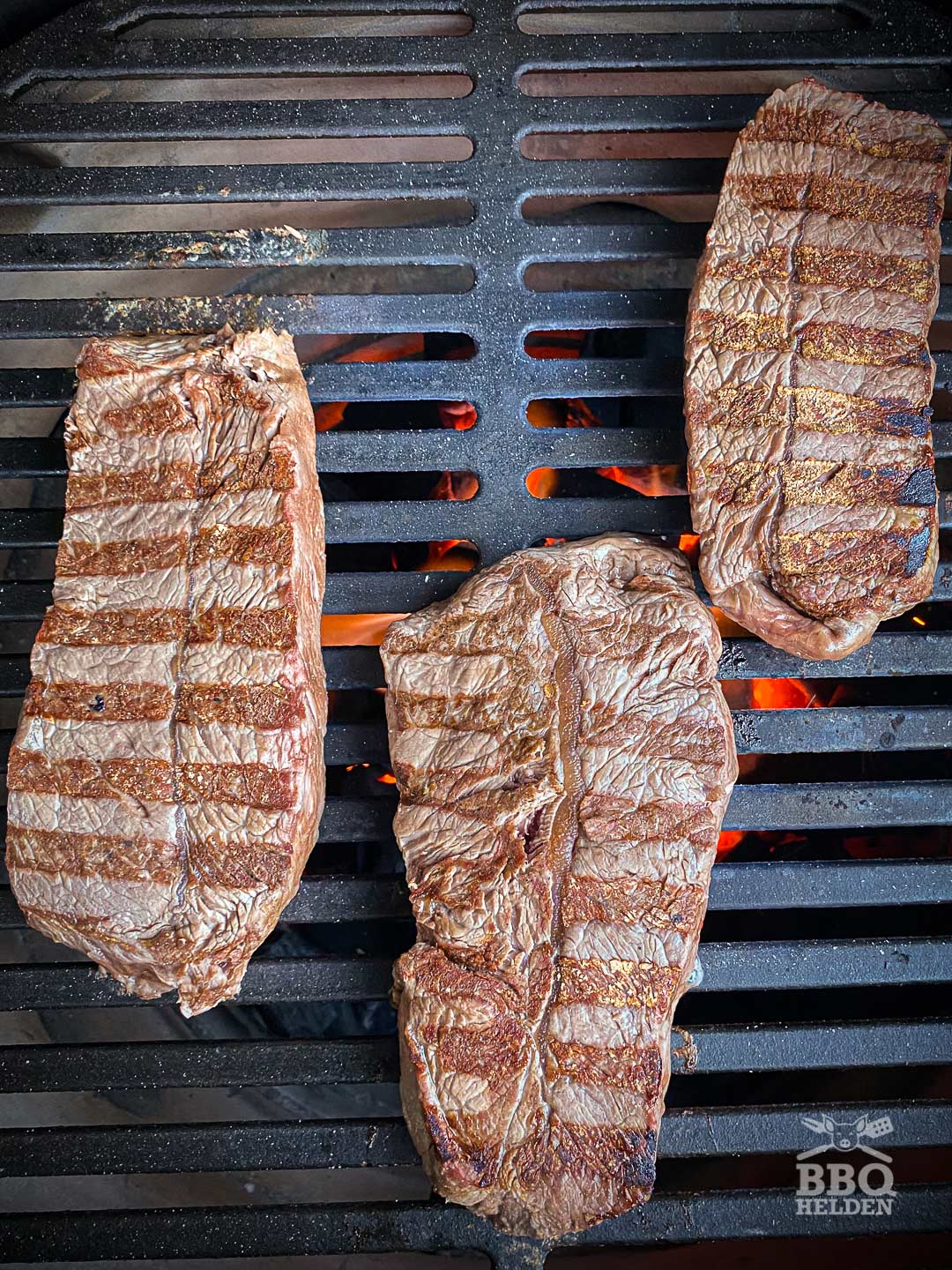 The advantage of preparing a stew on the barbecue is that you can give extra flavour to this dish by adding smoke. With a kamado-style barbecue, I would choose a quick grill on cast iron grates. The grill stripes already give enough flavour in combination with the hot and fast grilling over the charcoal. 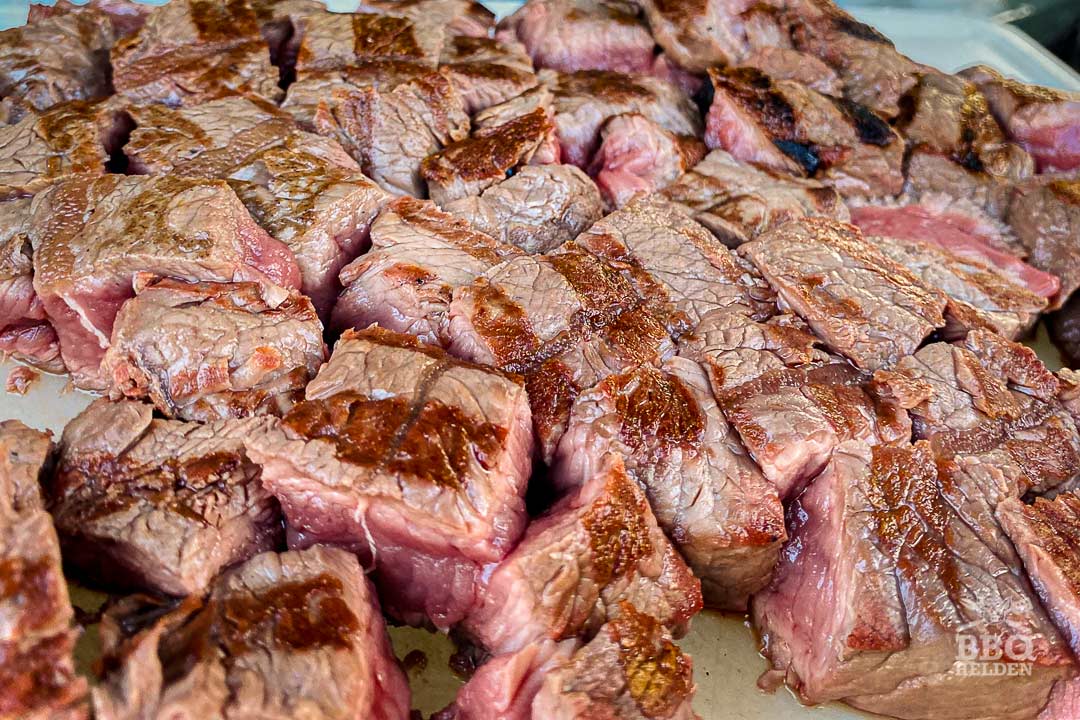 For this recipe, we use a flat iron steak. It’s a well-marbled and tender steak. It is certainly not the intention that you cook the meat through and through when grilling the steak. This stage is just to give the meat some extra flavour through the Maillard response of grilling. As you can see, the caramelized outside is well done, while the inside is still mostly rare. 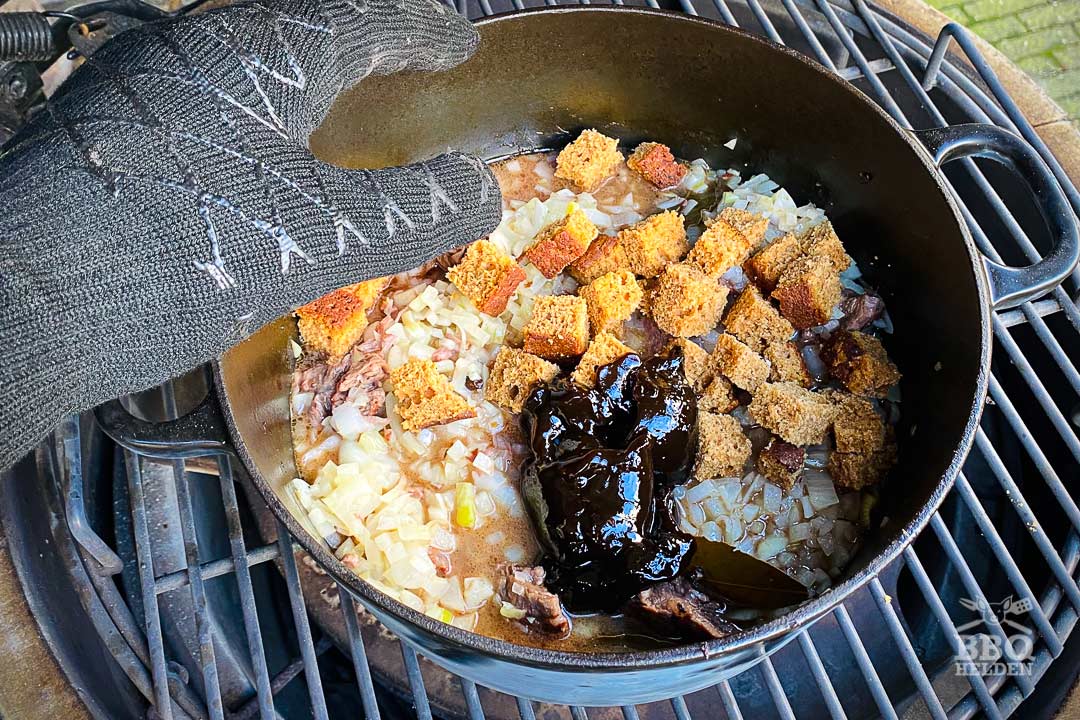 Stewing is a fun and easy way to get an almost complete and delicious dish on the table. Low and slow preparations are often my preference because the wait is always well rewarded. Don’t think that stewing always has to take many hours. The longer, the better is not always the case. In fact, stewing too long or adding ingredients too early or too late can yield a completely different and not desirable result.

With this recipe, for example, it is essential to administer the apple syrup at the right time. Too early, the apple syrup will get bitter; if you add it too late, the stew will turn into a sweet apple syrup stew. These tips actually apply to all stews. So think carefully about the duration and the moments when you add something. 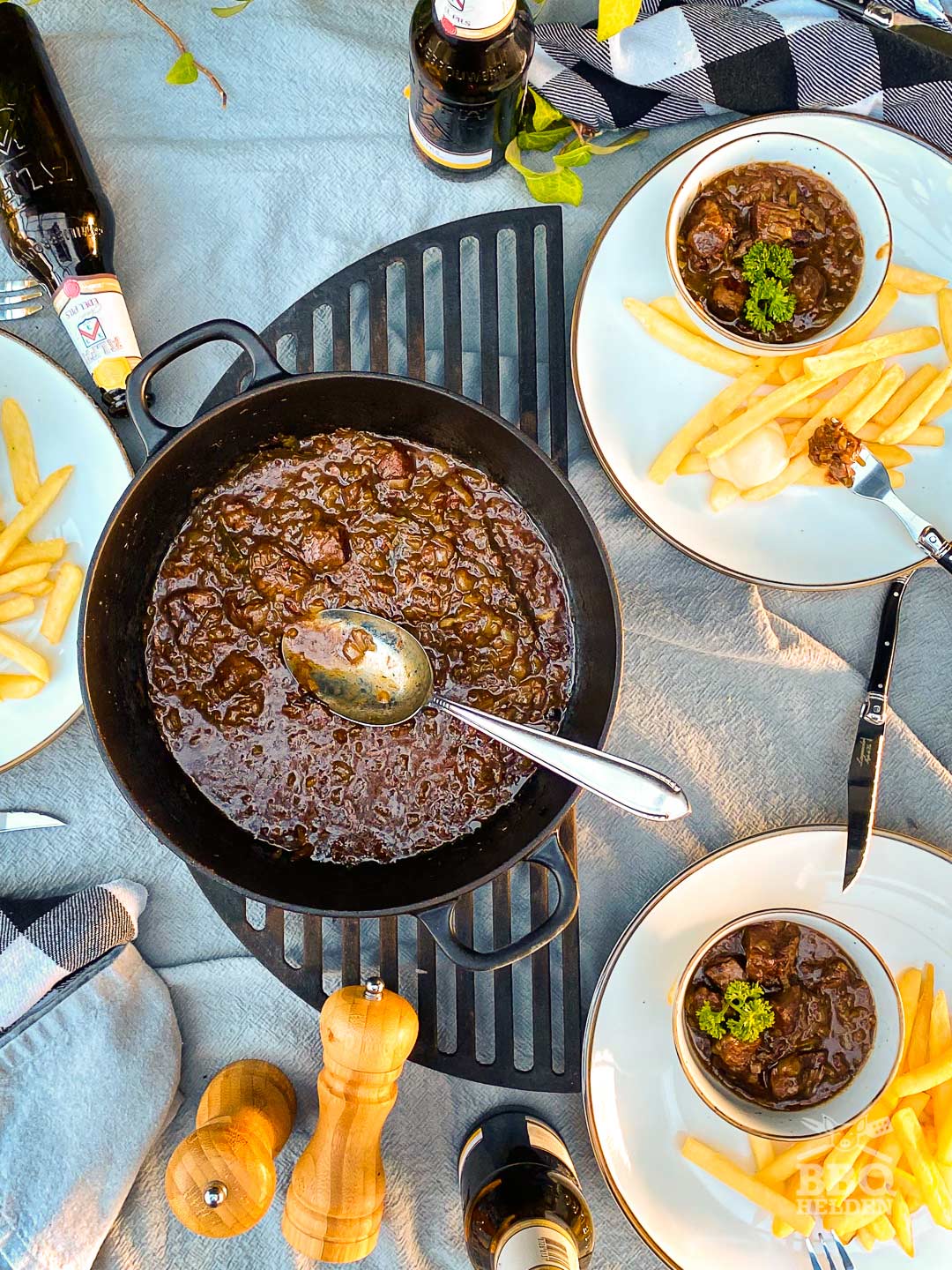 This Dutch zuurvlees tastes perfect with thick-cut chips and Limburg special beer. Are you also going to make Dutch zuur vlees? Let us know in the comments below.