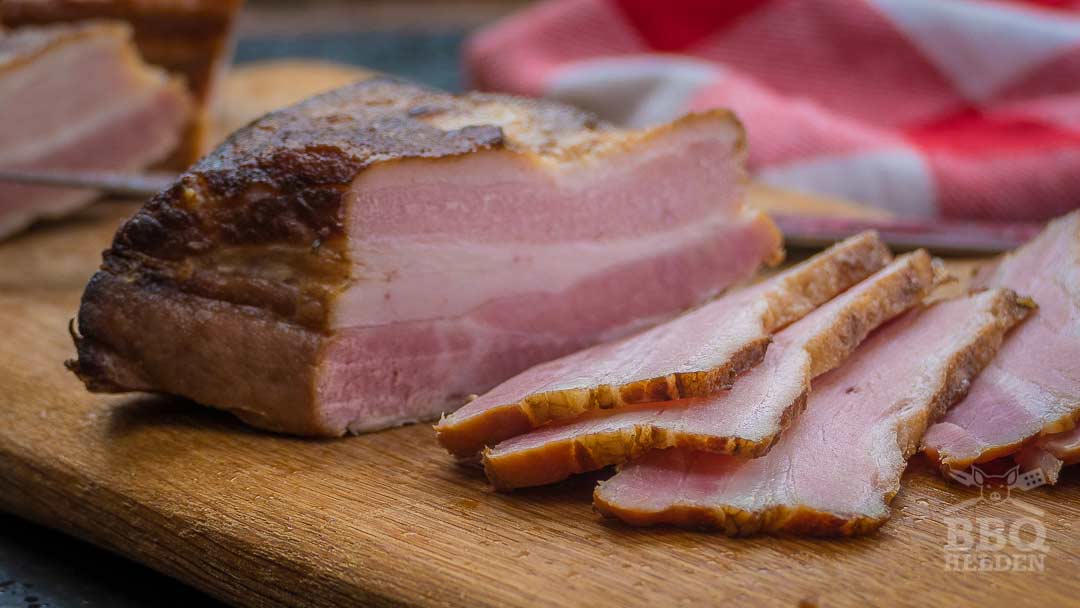 Making bacon is very easy, and the result is often better than the bacon from the store. We give you a basic recipe so that you can then adjust it to your own taste. 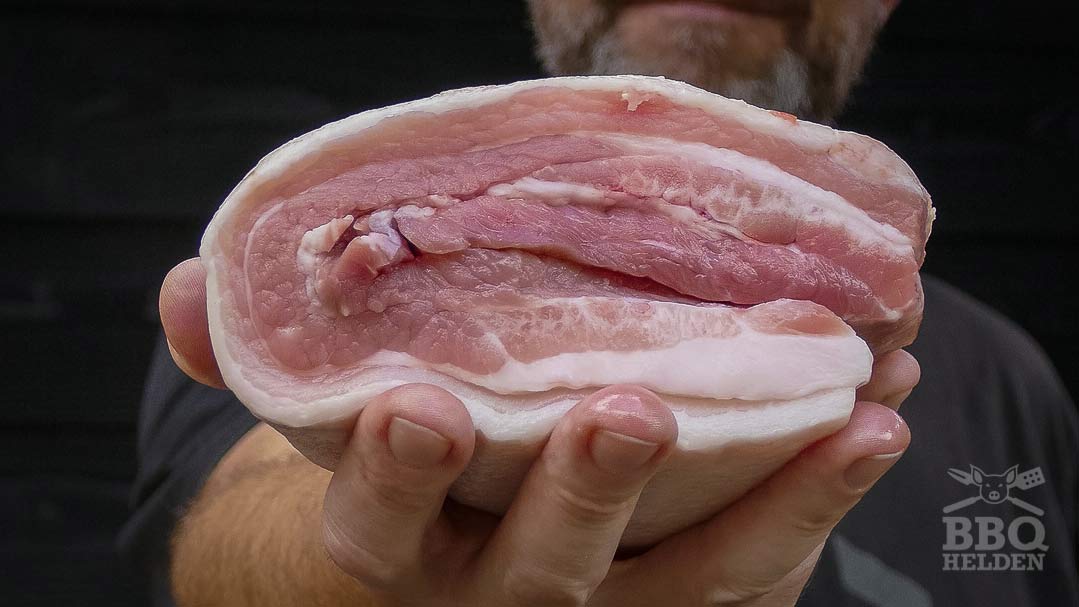 The basis is, of course, pork belly. And then we want pork belly with as little fat as possible. We prefer bacon with a ratio of about 25% fat. Just ask your butcher. If you do get pork belly skin on, you remove it. 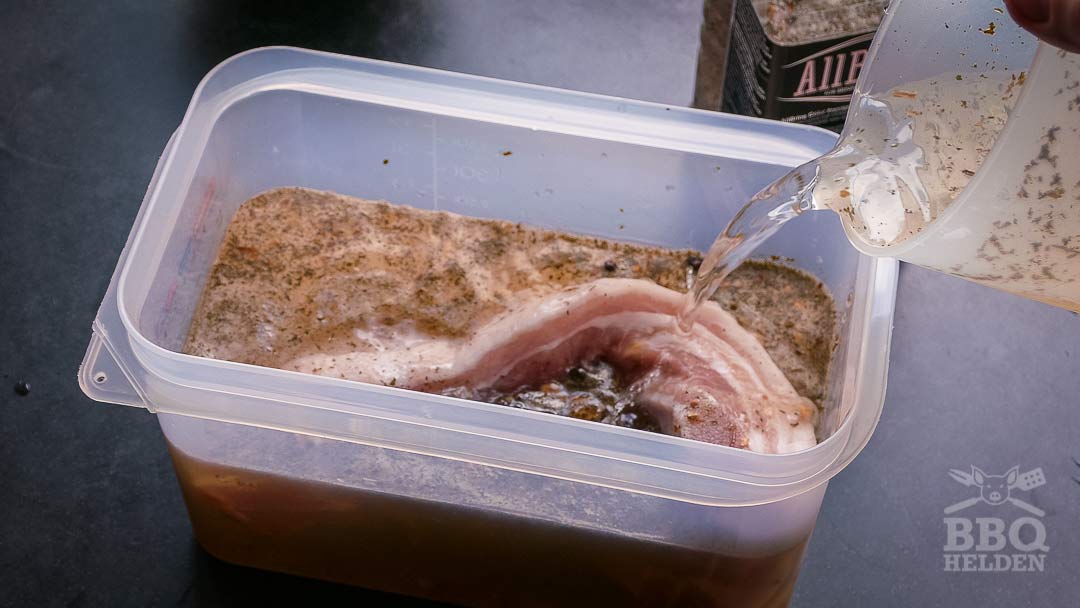 First, we start wet brining the pork belly. Brining was invented to store meat longer. The salt in the brine is absorbed by the cells in the meat. Moisture is then extracted from the meat, so it dries out. This reduces the number of bacteria to a safe level so that the meat has a longer shelf life.

Adding flavor to the brine will flavor the pork belly on the outside. Not on the inside. Only salt molecules are small enough to enter the meat. The rest stays on the surface of the meat.

We use a store-bought brine for this recipe. If you want to make your own brine, you can start with the following:

After that, you can experiment with flavors such as garlic, lemon, thyme, red pepper, etc. You can find nitrate at your butchers. He may give you butchers- or colorozo salt. That salt is already mixed with regular salt in the right amount.

The nitrate salt has been added to give the meat a nice pink color. If you don’t use this, your bacon will be a bit grayer. It still tastes good, but it’s less pleasing to the eyes. 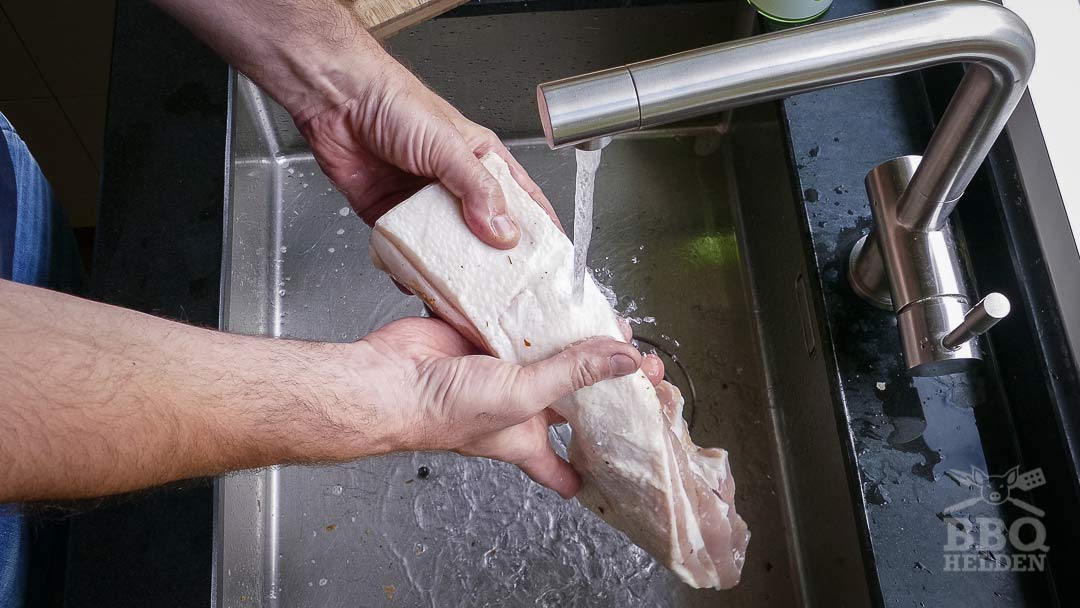 You leave the pork belly with the brine in the fridge for 5 days to a week. Every day you turn the meat. After a week of brining, rinse off any brine that is on the outside of the meat. Pat the meat dry with some paper towel. 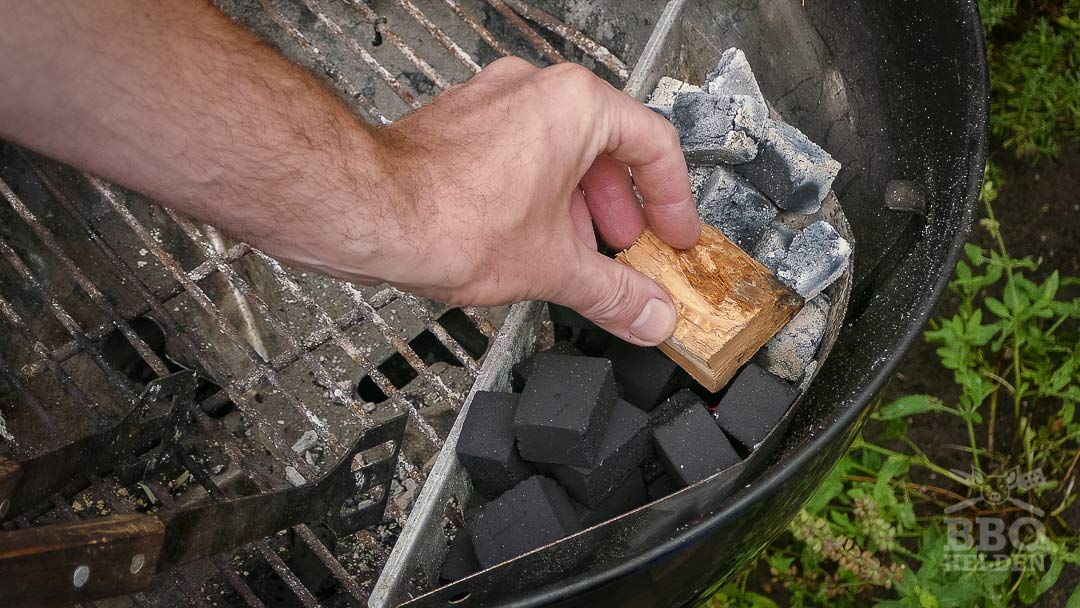 Because pork belly is not that thick, we don’t have to smoke for long. A couple of hours is enough. That is why we light about 10 briquettes and throw them together with 10 fresh briquettes in a handy basket that you get with a Weber Grill. We put a block of applewood in between.

We use apple wood, but you can, of course, try different types of wood. In principle, all sorts of smoking wood from fruit-bearing trees are acceptable. But you can also smoke pork belly with beech or oak. 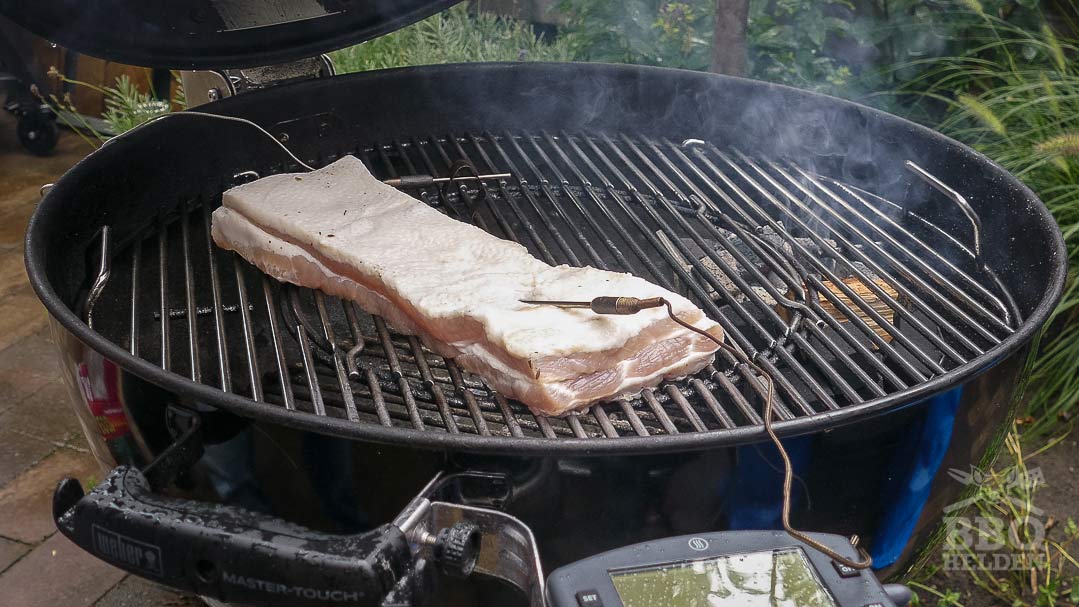 When the barbecue is at the right temperature, you can put the pork belly on it. Immediately insert a digital core thermometer into the meat that you can read from outside the barbecue. This way, you no longer have to open the lid to check. We are going for a core temperature of 70°C (158F). Then you can let the meat rest. 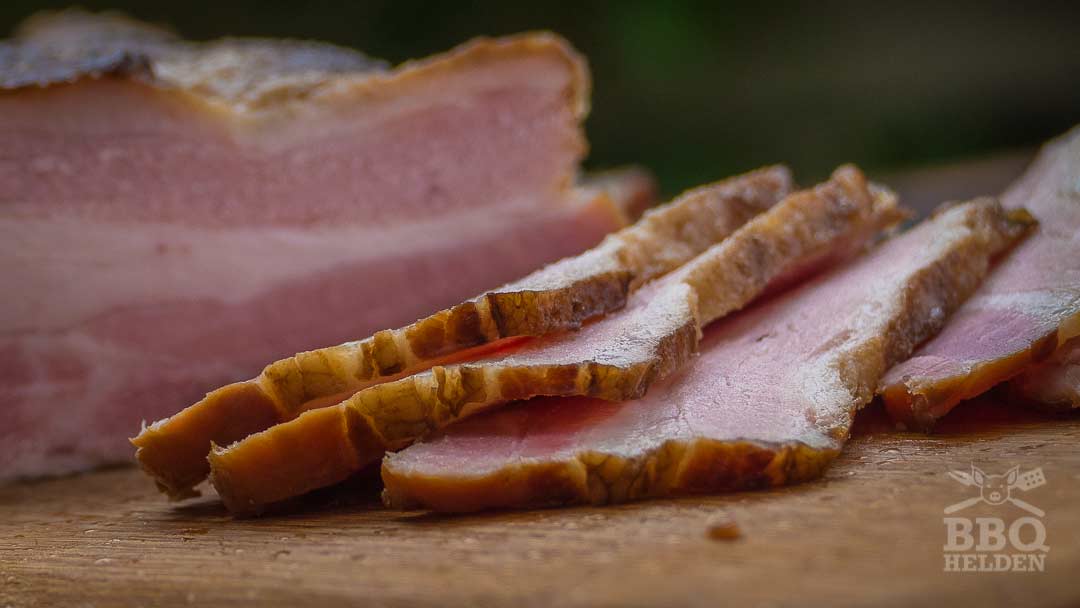 After resting, we throw the smoked bacon in the fridge. When the meat is cold, it is a bit stiffer. That makes slicing straight slices a lot easier. You can use a designated meat cutter for this, but we hate to clean those every time.

The smoked bacon can be kept for a few weeks in this way. If you throw it in the freezer, you can keep it for at least a few months. Experience tells us that you can’t wait so long to eat your own smoked bacon.

Put a pan on the fire, cut some bacon slices, and fry them slowly until they are golden brown. This is the best bacon you have ever eaten. If only because you made it yourself.